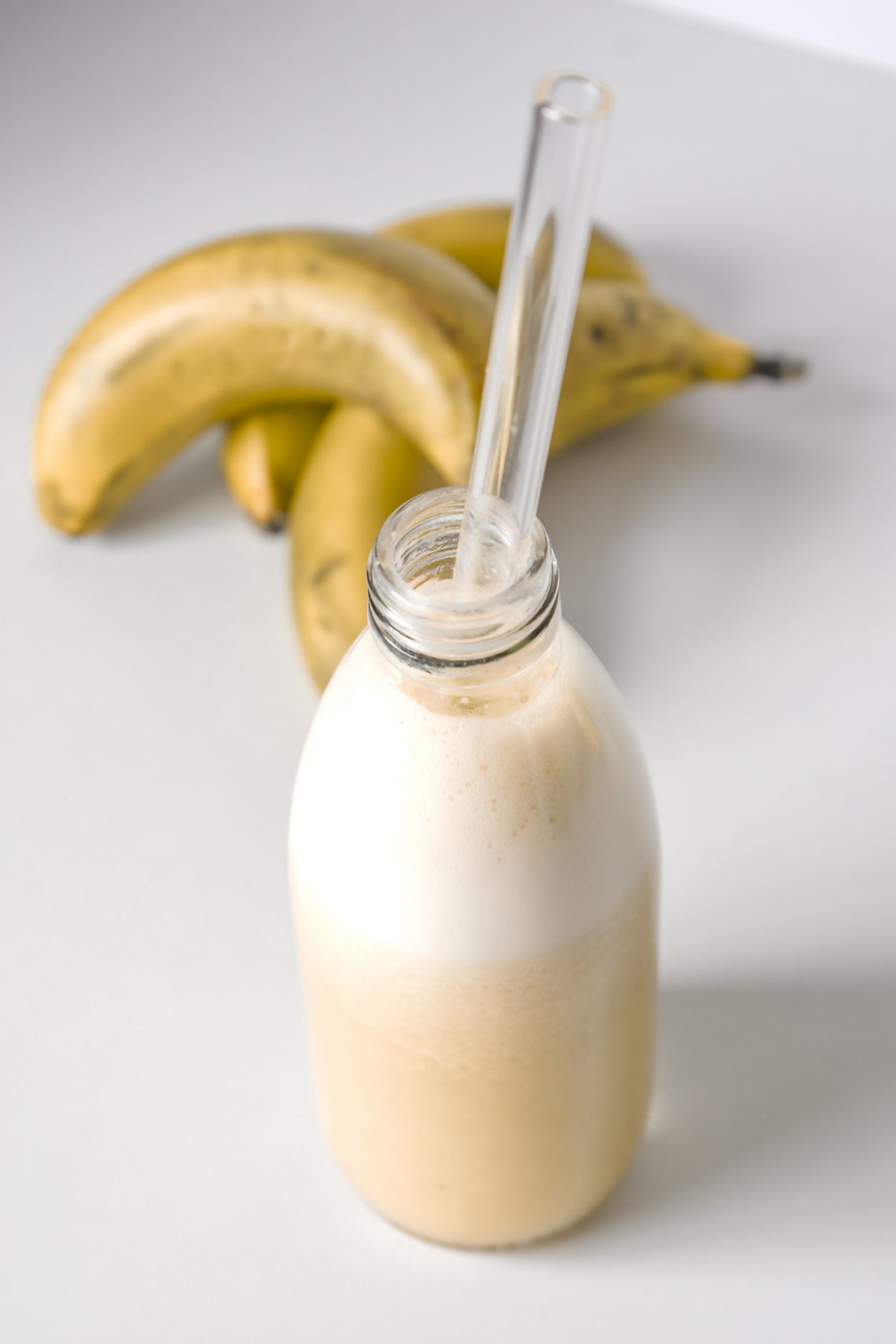 Let’s look at some Dairy Free Milk Alternatives, as well as Banana Milk Recipe today. When it comes to milk alternatives, there is a multitude of Dairy Free, plant milks on offer in South Africa. Just visit any Dischem, Clicks, Checkers, and Woolworths and you will have the option to try them all.

I try to follow a dairy free diet as much as possible (partly because of my IBS issues, partly because of wanting to eat fewer animal products) so choosing to drink non-dairy milk is a no-brainer for me.

Today I am breaking down all the types of dairy-free milk alternatives that I love to cook and bake with.

Plus a little recipe for those looking to make a new milk alternative at home.

Soy Milk has the most protein and on average, one cup of the soya milk pictured here provides 9 grams of protein!

I usually use soy in my cereal or granola, but because of it’s high protein content, it can also be used in a multitude of recipes, and in baking specifically to replace recipes that call for Buttermilk. 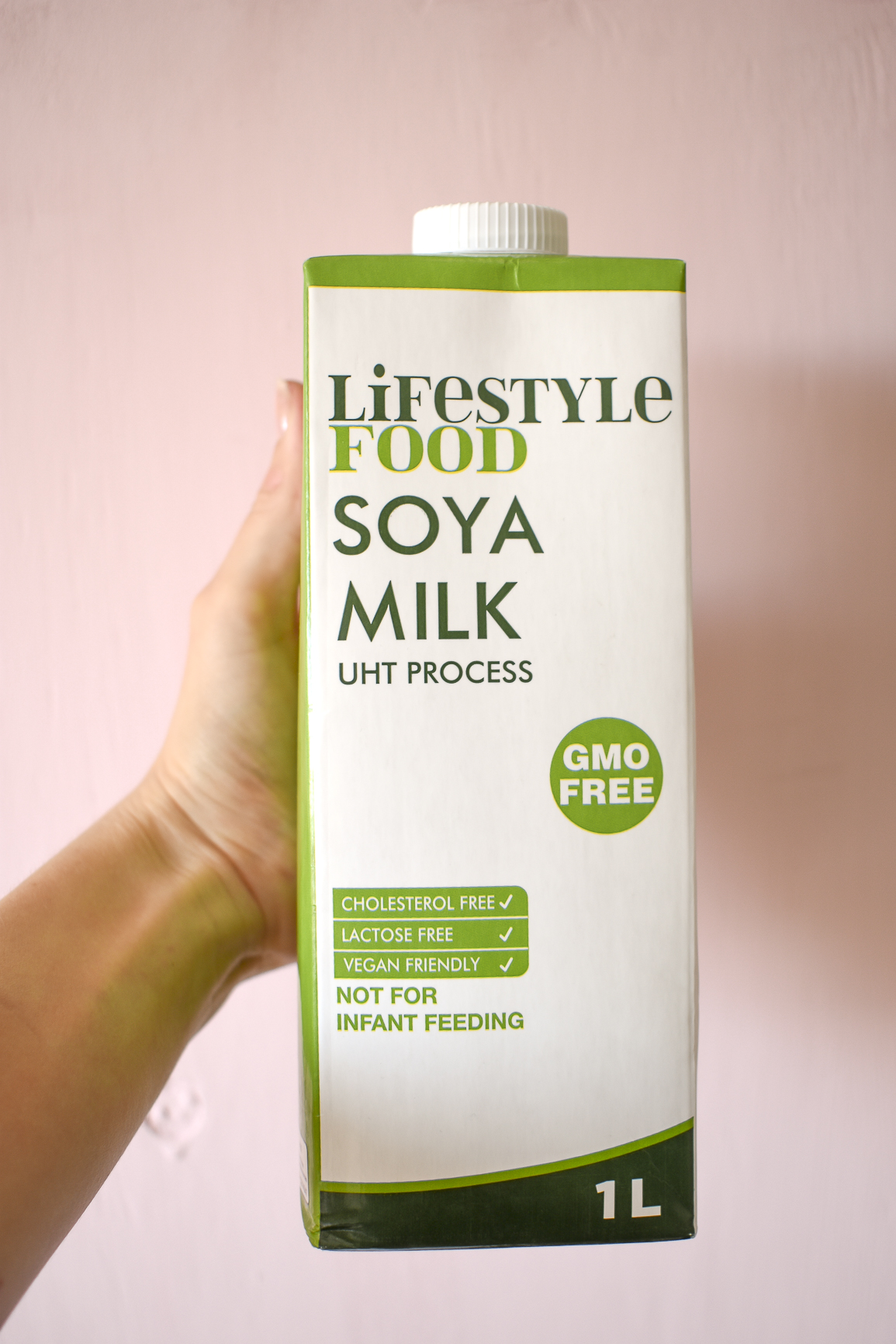 Rice milk is ‘thinner’ and looks quite ‘watery’ compared to other non-dairy milk. It is made by blending boiled rice with water and adding some type of sweetener.

One cup of this brand of rice milk contains 2.5 grams of fat, 0.8 grams of protein and 0.3 grams of fibre. Rice Milk is sweet and is perfect for adding to coffee in the morning.

Rice Milk is better used in desserts because its sweet taste can overpower savoury dishes.

I have used rice milk in a malva pudding recipe, as well as this moon milk recipe. 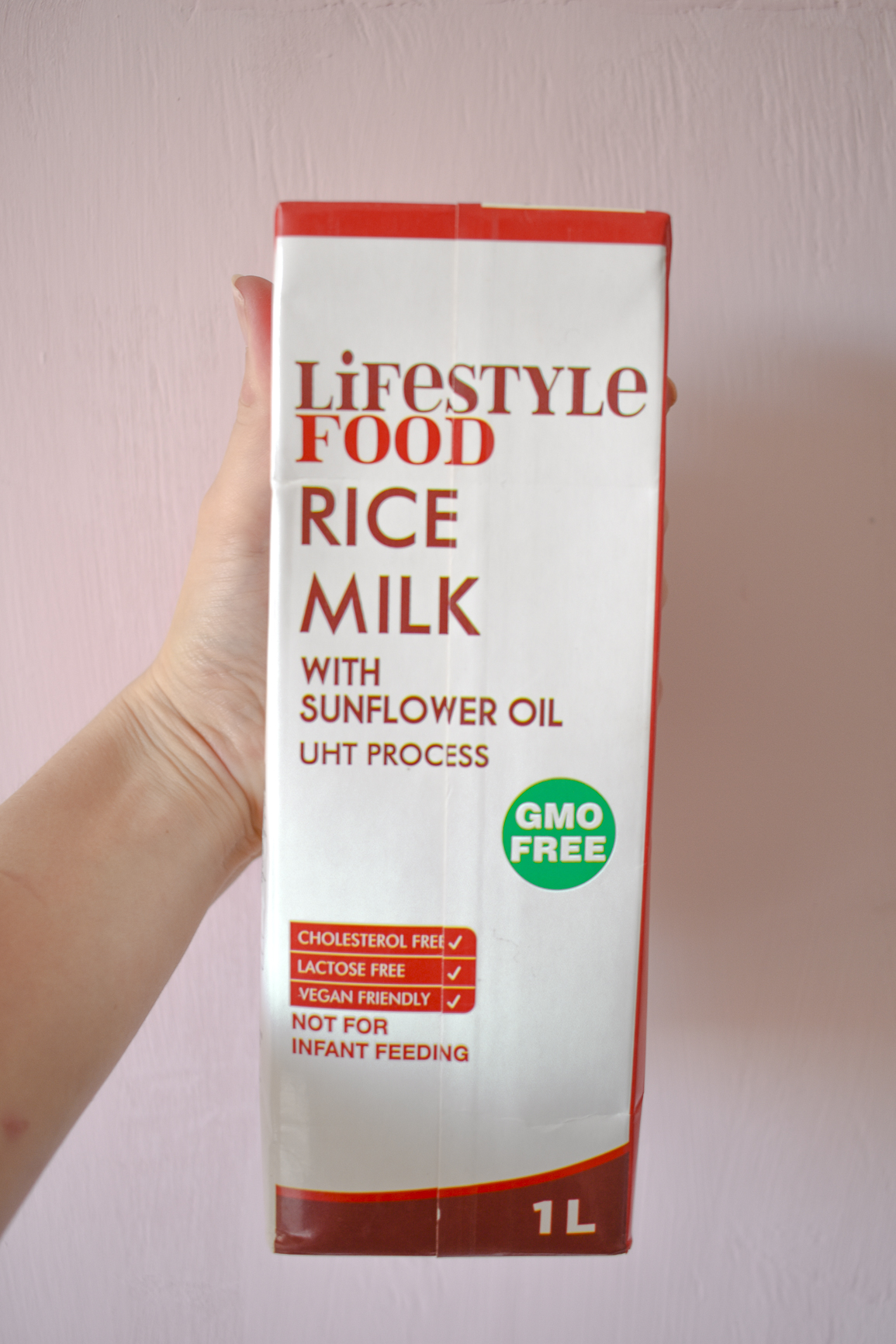 Almond milk is my favourite non-dairy milk. Almond milk is slightly sweet, nutty and creamy. This milk is high in vitamins and other nutrients but surprisingly even though it is made from Almonds, does not contain much protein.

200ml’s of unsweetened almond milk provides 1 gram of fibre, 1 gram of protein and 2.8 grams of fat.

I use almond milk in smoothies usually, but I have also used it in baking, like this coconut cake recipe. 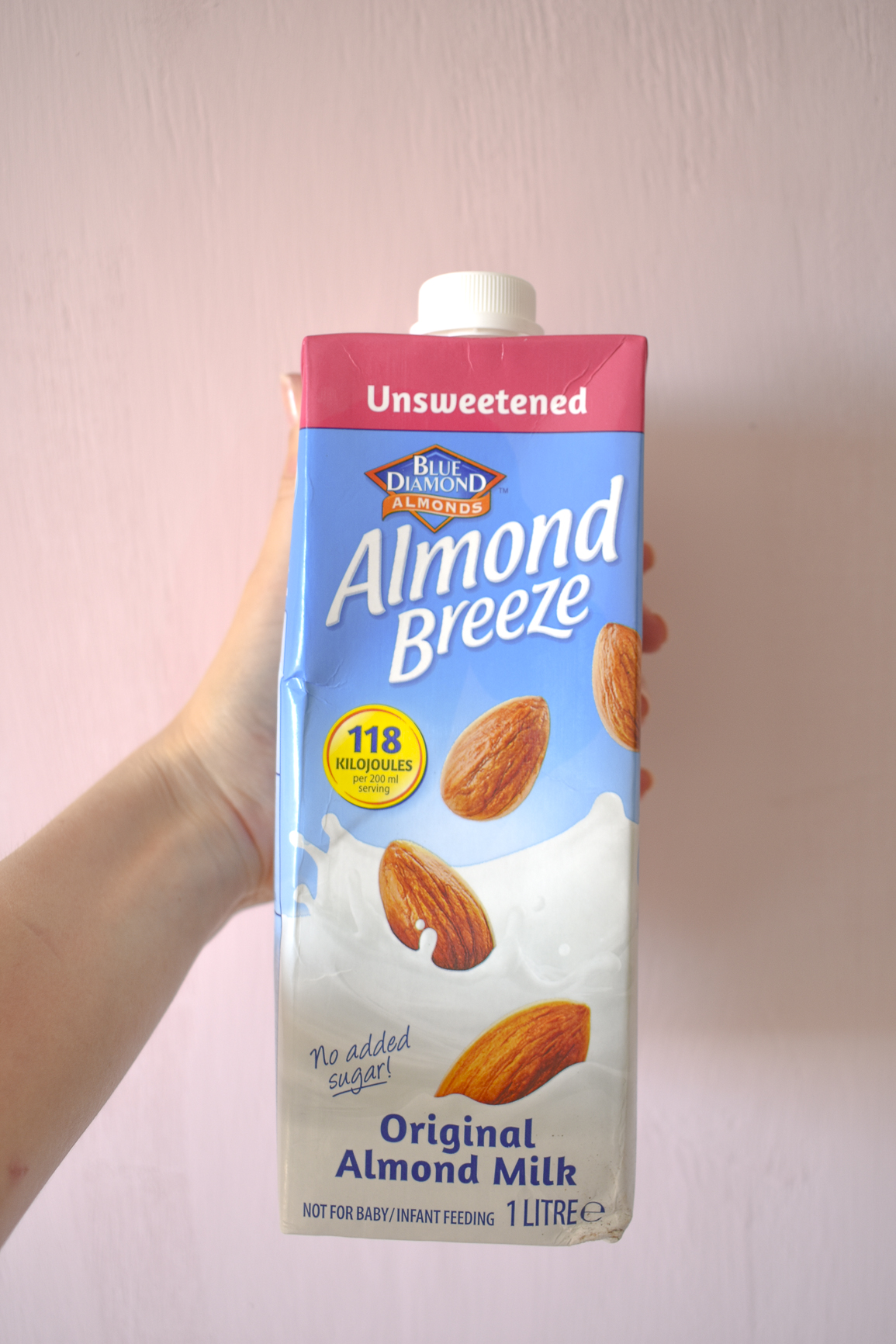 What most people don’t realise is that coconut milk from the can is quite fattening.

Not to be confused with coconut water, coconut milk is prepared from coconut meat and is extremely creamy.

200ml’s of coconut milk (this specific brand) contains 25g of fat and 2 grams of protein.

While I would not advise you to eat your cereal with coconut milk or use it in your coffee or tea, it is wonderful in soups, stews, and sauces.

It is thick enough to whip into whipped cream and velvety enough to give you a deliciously creamy soup like this. 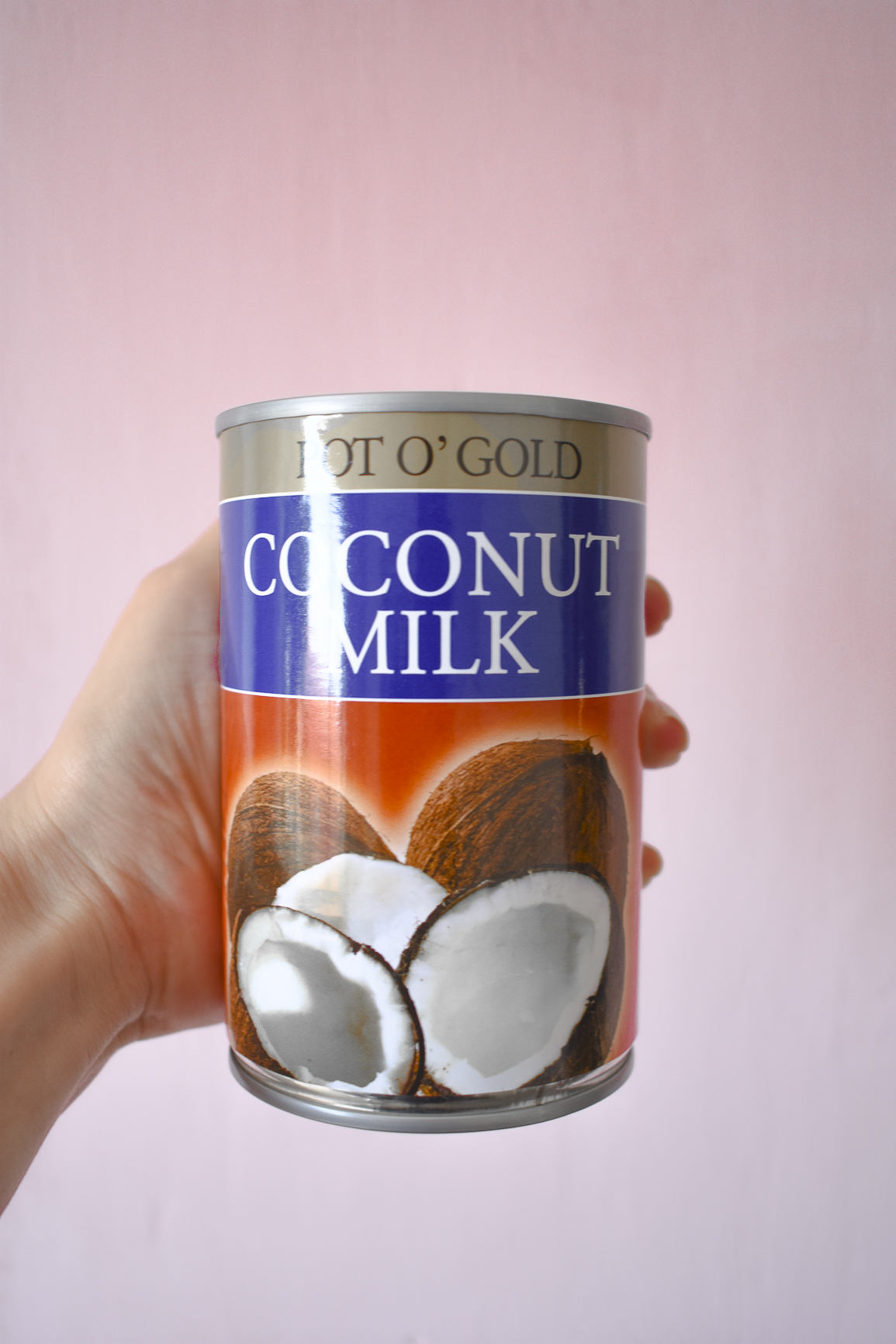 Oat milk is made with pre-soaked oats that are then strained through a cheesecloth. It is also a good alternative for people with lactose, nut, and gluten allergies. However, if you are truly gluten-free, you will need to read the label carefully as some oats are not made with certified gluten-free oats.

The Oat Milk pictured here from Woolworths contains 6.3 grams of fat, 1 gram of fibre and no protein per 250ml.

This milks creaminess makes it popular in lattes and cappuccinos, but I have also used this milk alternative in smoothies and soups. 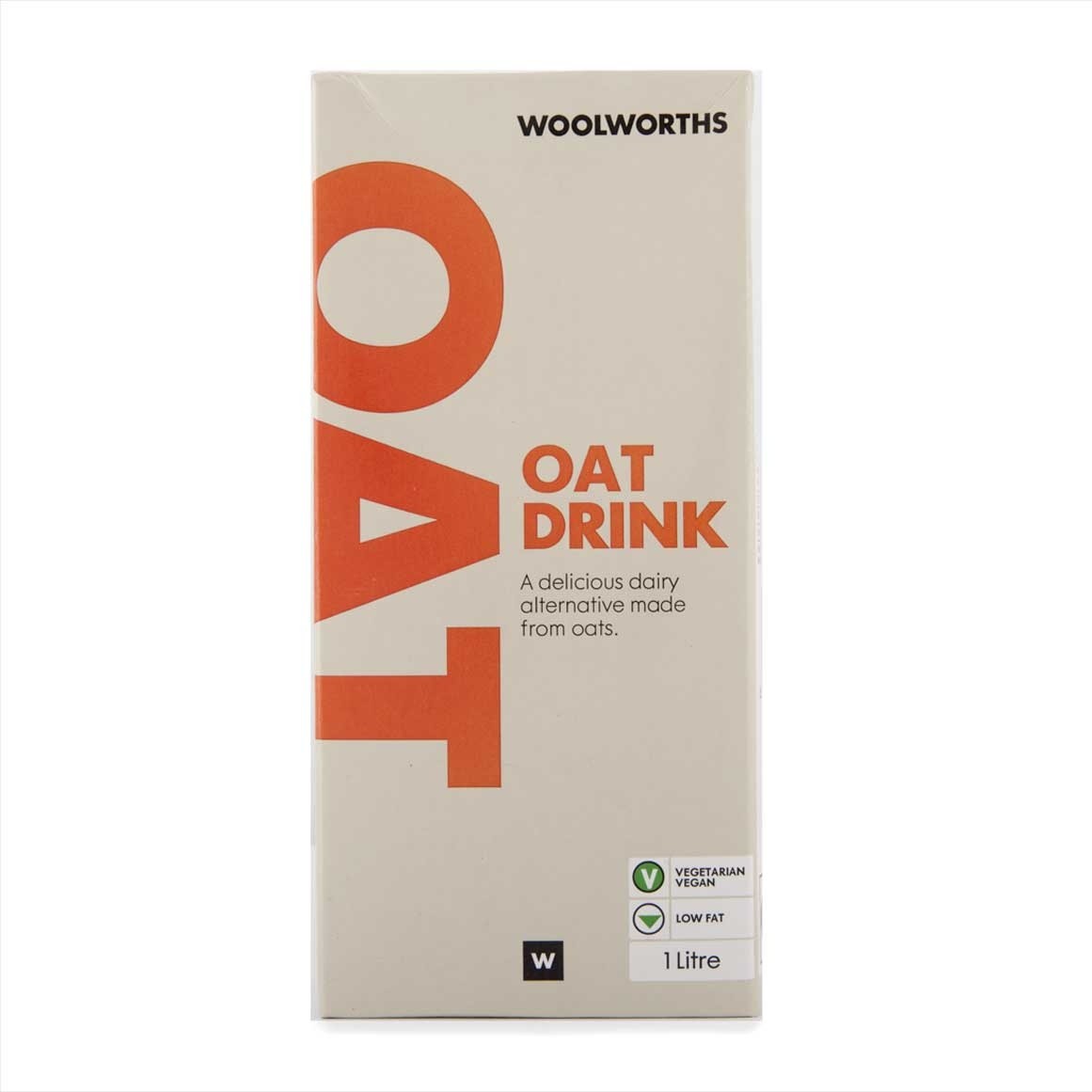 A new Milk Alternative on the Block

A while back, I shared an article on Facebook that got a lot of attention – that Banana Milk was going to be one of the biggest milk alternative options for 2019.

Currently not available in South Africa, you can actually make your own at home very easily!

All you need to do is to blend 1 x frozen banana with a cup of water and a teaspoon of vanilla essence!

Consume within two days and store in the fridge in a glass bottle with a lid. Shake before using as the water and banana do naturally separate. 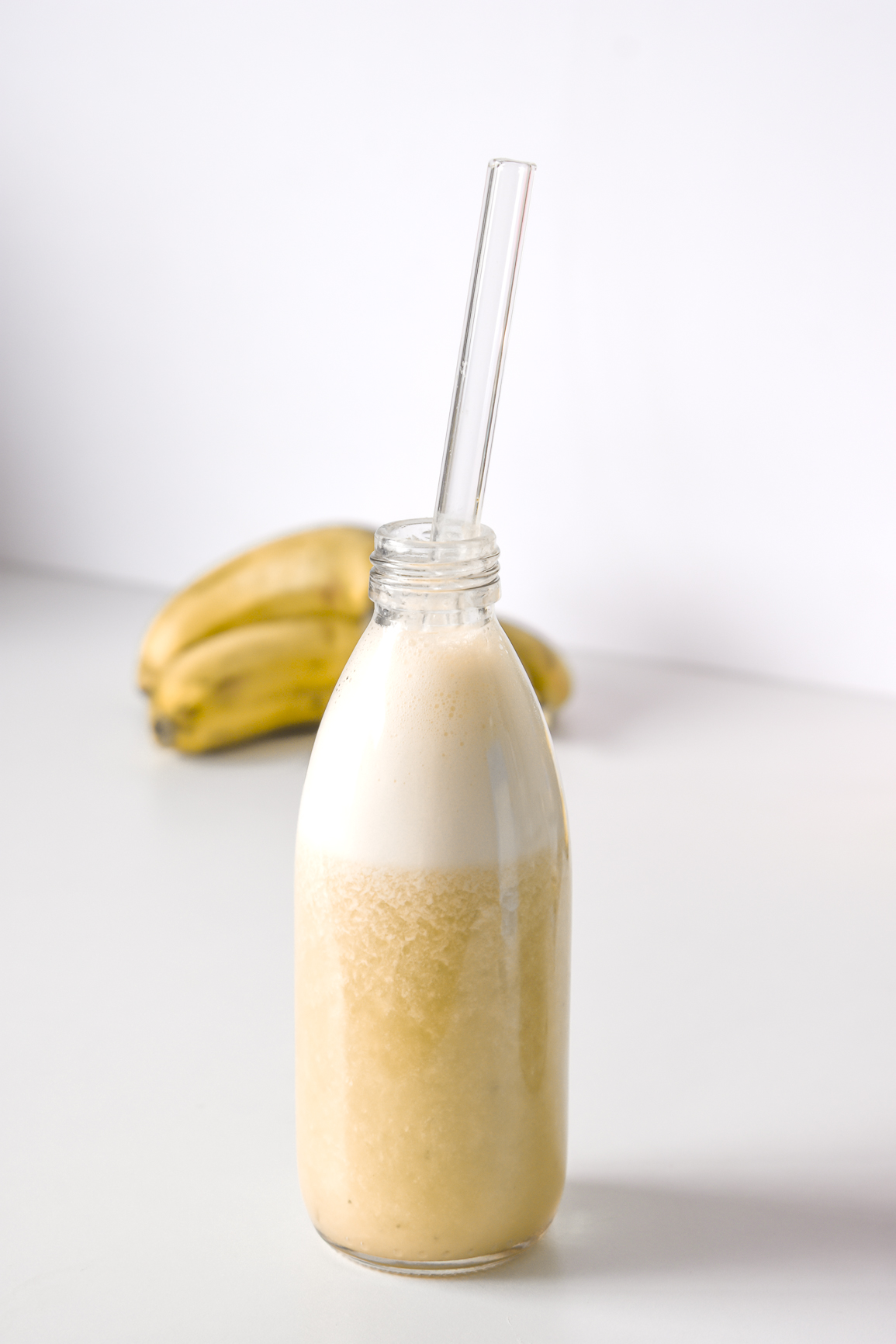 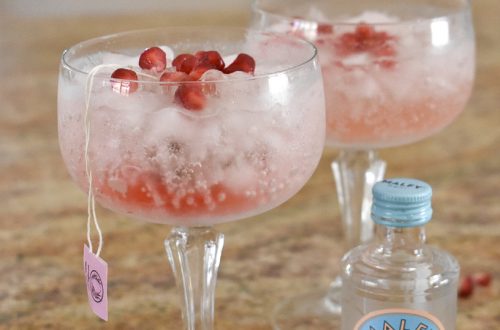 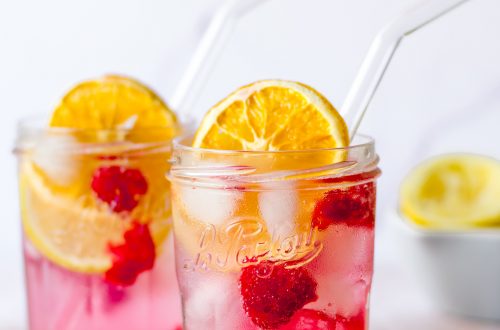 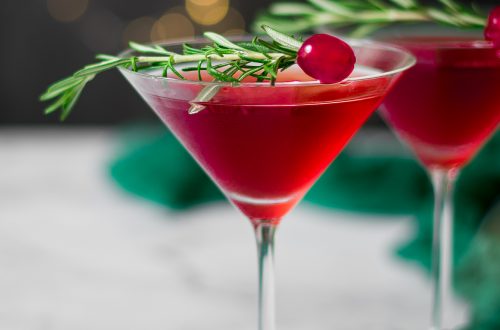