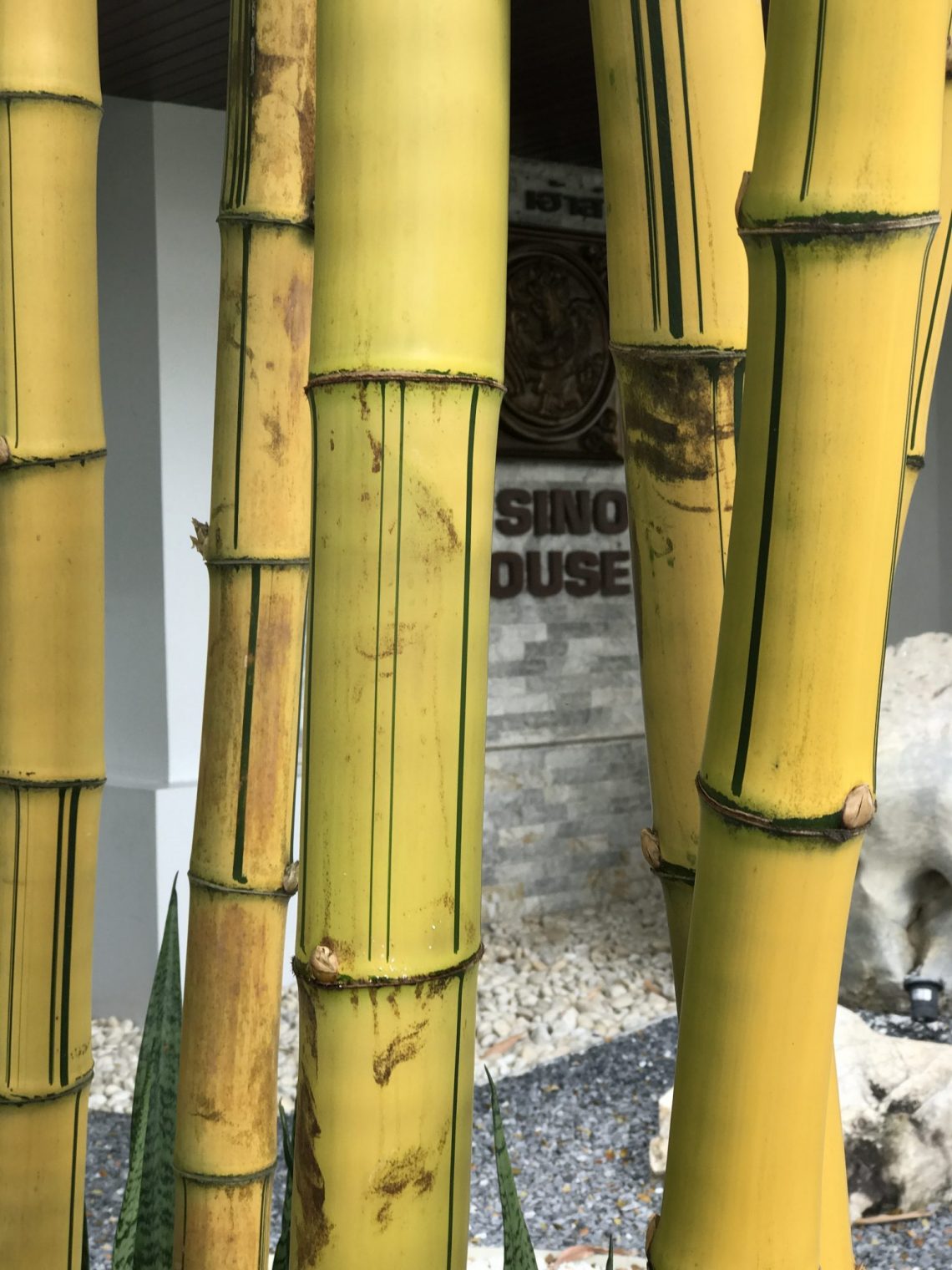 In December 2016, Shaun and I and a couple of friends decided to spend our New Years in Thailand. My friends had gotten a travel agent to book everything for them, from the flights, transfers and hotels.

We decided we could probably do it cheaper if we planned it ourselves. In hindsight, it may have been a lot easier if we had just booked with my friends, but the experience of planning it all (including all the things that went wrong) was an experience I actually feel quite fondly towards.

The plan was that we would fly from JHB to Kenya, Kenya to Bangkok, where we would spend two nights. We boarded our flight on Christmas eve and we decided not to sleep on the plane, because when we got to Kenya we would have an hour to transfer to our next flight to Bangkok.

May I add that this was booked with Kenya Air – Never EVER again. Their customer service from the moment you enter the plane to the time you leave is SHOCKING, but let me NOT go on a rant.

After a crappy flight, we arrive in Kenya at midnight, rush through the security checks and try to find our gate. But, the airport is practically empty and there is no one around to ask where we should be going. The signboards that direct you to the boarding gates aren’t working. No one can speak English.

Shaun and I run around trying to find our plane. Eventually, we find an airport official who tells us that our flight is delayed and we will be sleeping in Kenya. Well at this point I start to cry – What do you mean we are sleeping in Kenya? Where are our bags? Where will we go?

Safe to say that we weren’t going anywhere. At 1 am, we all board a rickety bus that takes us to a hotel. Shaun and I wait up for some food, but the hotel runs out. So we get to sleep at 3 am, only to be woken at 4 am, back to the airport. The flight is of course delayed.

Eventually at 11 am, we make our way to the boarding gate and then our Kenya Airways plane. When we wake up, we are halfway to Bangkok.

We land at midnight on Christmas Day and thank the pope our hotel – The Grand Four Wings shuttles us to our accommodation.

Now one thing you need to know about Thailand – accommodation is actually really affordable. For example, you will spend around R1200 per night (for two people) in a 5-Star Hotel like the Grand Four Wings.

If you consider that a night at the Radisson in Sandton Joburg costs over R2000, you can see why it makes sense to rather go to Thailand. 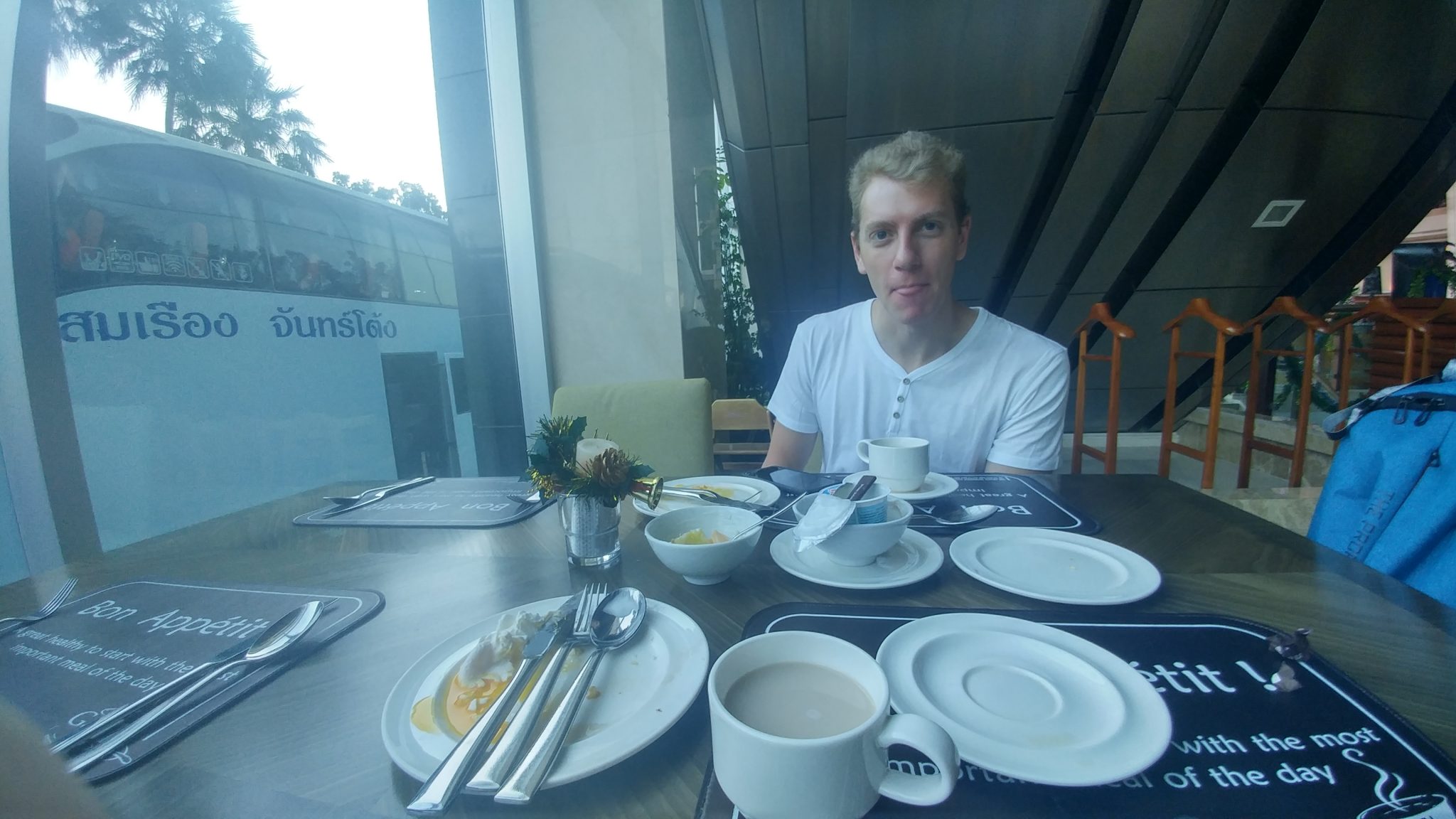 The breakfast buffet at the Grand Cafe was food heaven. (Granted we were bloody starving the next morning)

How to describe Bangkok to a person that has never been but wants to go?

First off, Bangkok is the Capital City of Thailand. Most people spend just a day or two here before leaving to go to the islands or jungle. It’s huge, its hot and its crazy crazy busy. 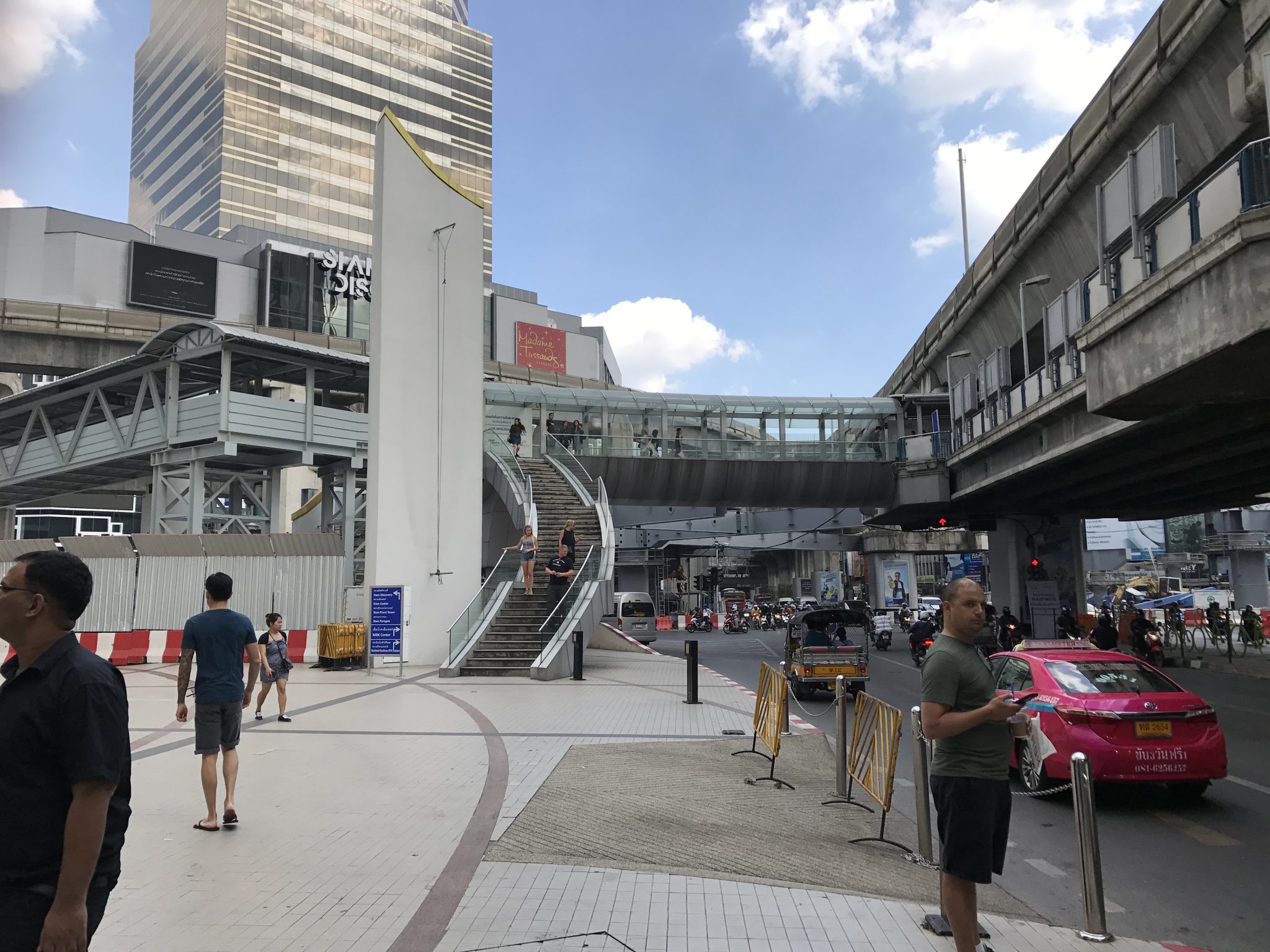 The thing is, it is not a city that opens itself up easily. It is multi faceted and I would like to go back one day to explore it a bit more.

When we visited Thailand, the people were in deep mourning as their beloved King Bhumibol Adulyadej had passed away. We were not able to visit the Grand Palace due to the sheer number of traffic and people making their way to the palace everyday to show their respects to the king.

If you do decide to visit Bangkok – I hear this palace is a must see. Besides the palace and all the other smaller temples, Bangkok is a combination of SUPER-Malls and frenetic food markets. 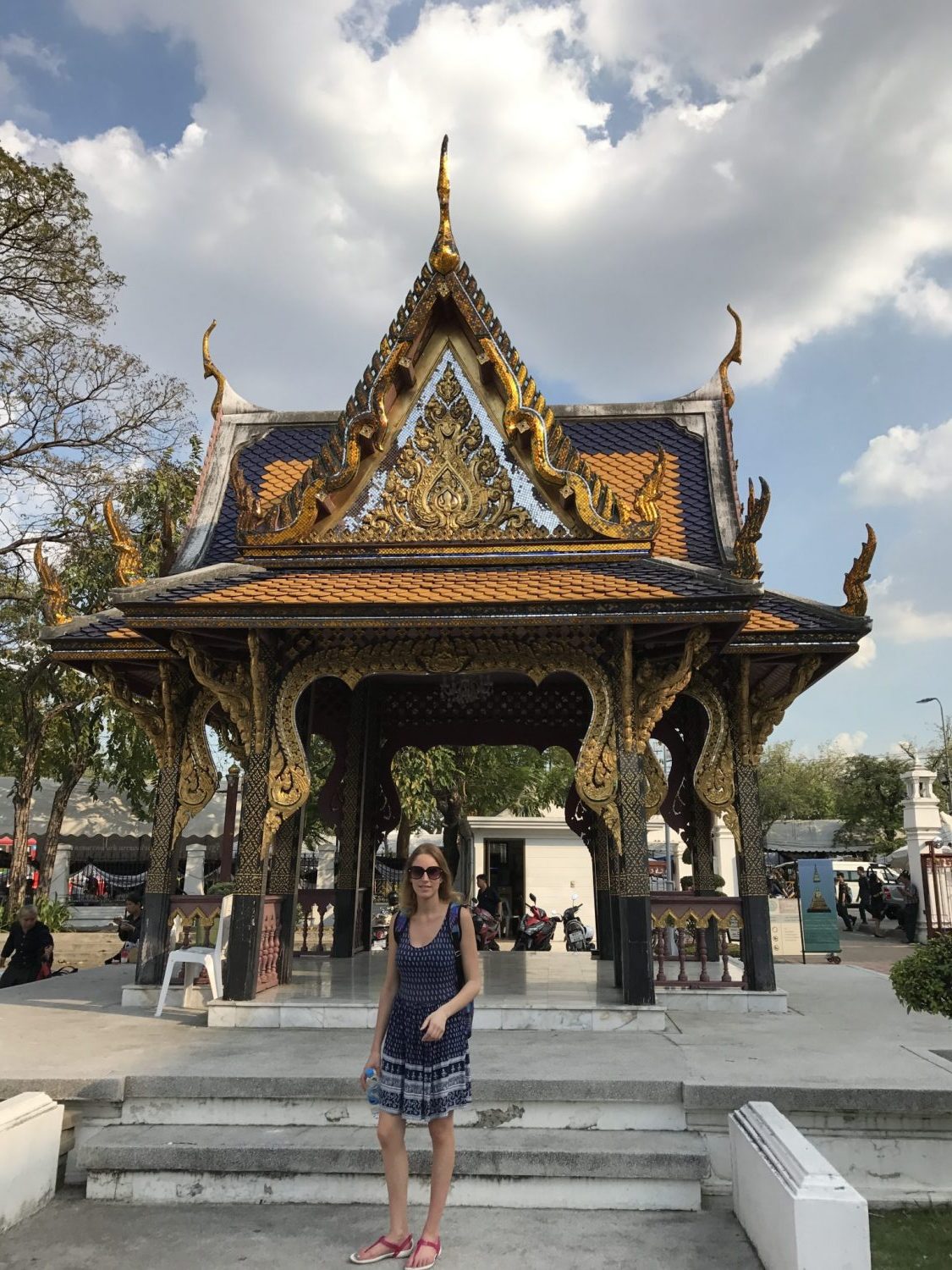 We stopped off at the famous MBK Mall, which has over 2000 shops. We bought almost all our gifts for family and friends here and its really affordable! Plus you can barter down and get the best price – especially if you are buying more than one item.

Two days later we were back at the airport and off to Phuket. We stayed at Sino House for two nights and explored the area – known as Phuket Old Town. Sino House cost us around R500 a night and included breakfast. 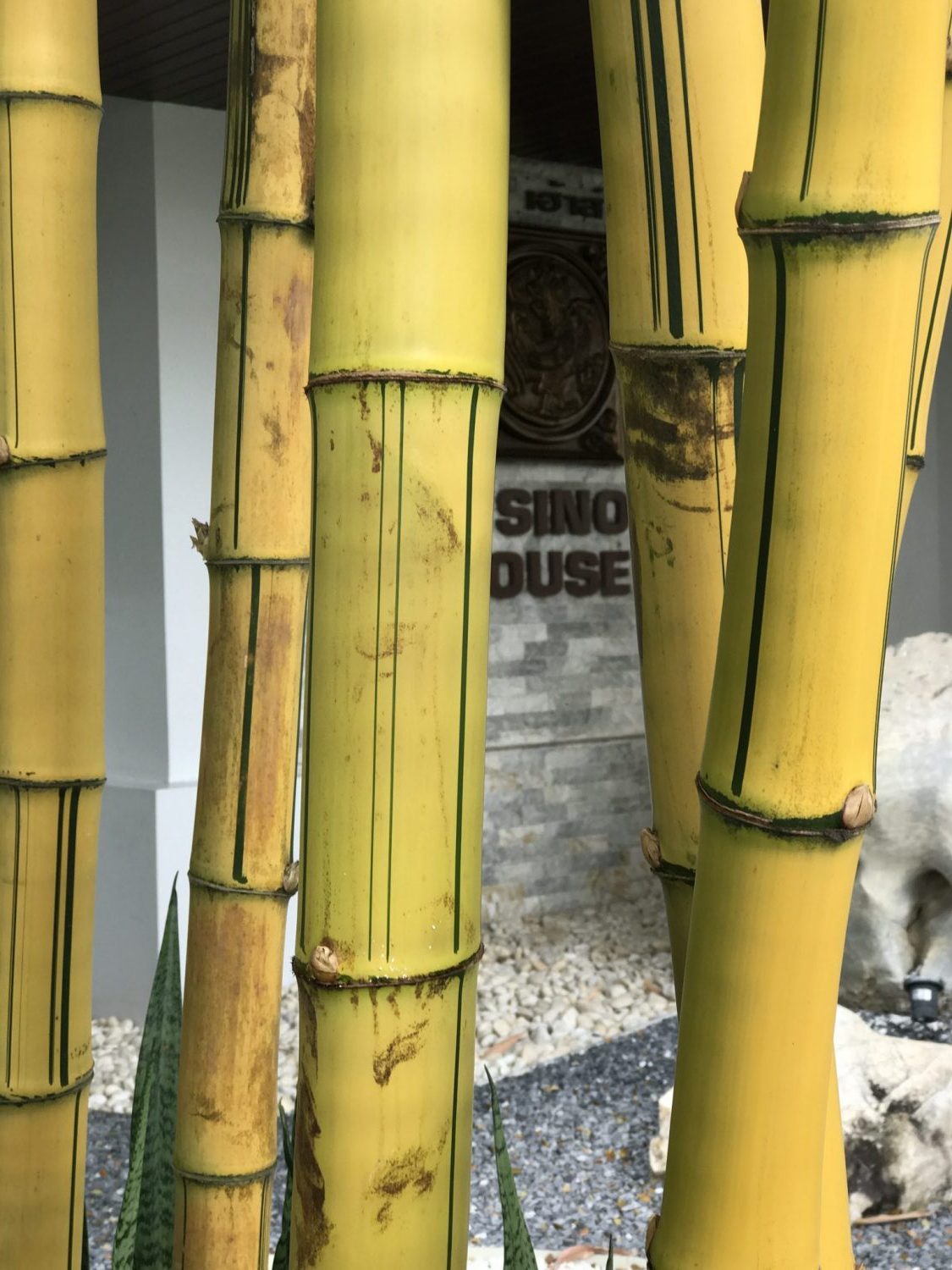 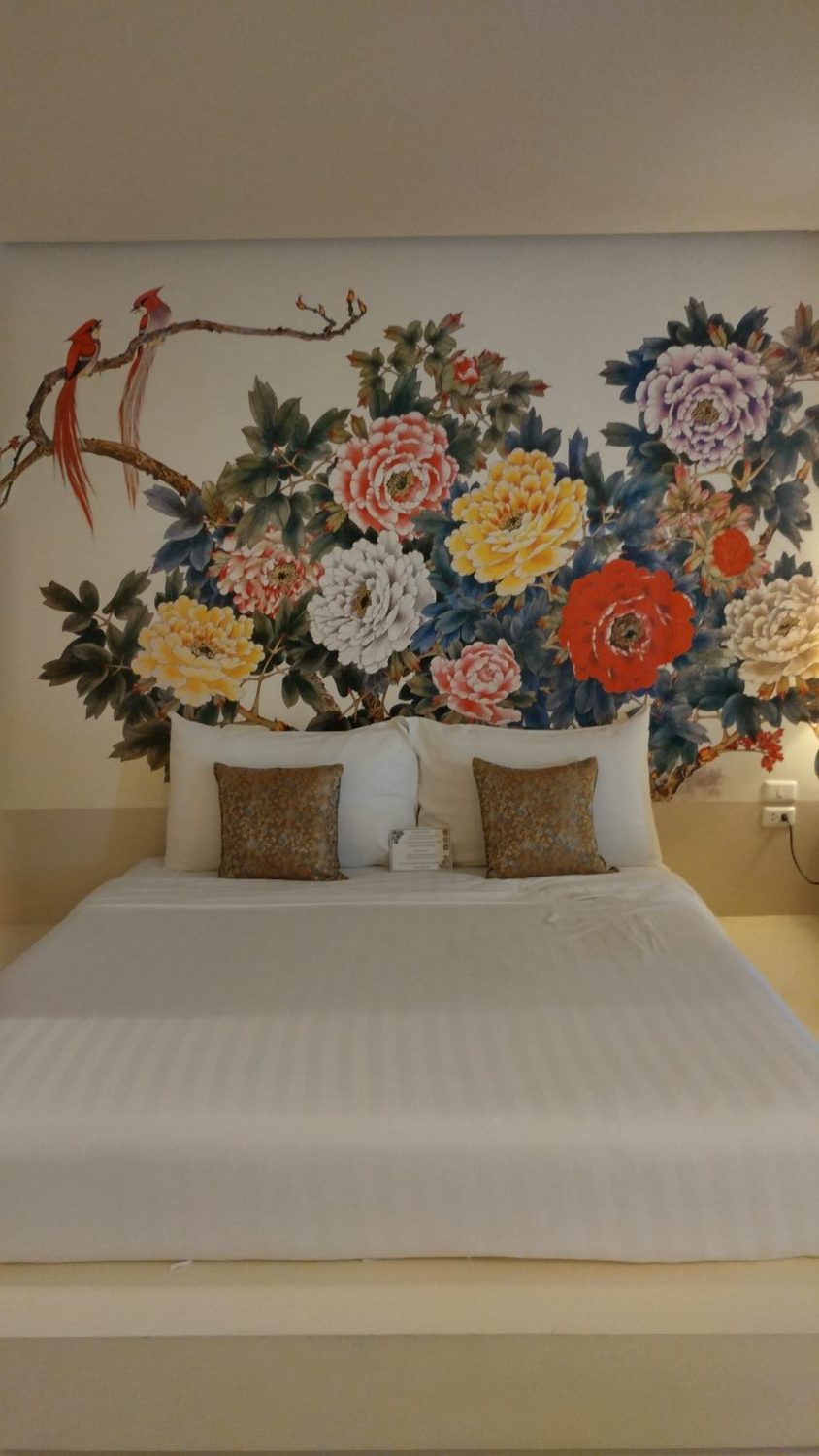 In this historically rich part of town you will find shrines, temples, ornate and beautifully preserved ‘shophouses’ and quaint cafés. We found a restaurant a few meters away from our hotel called KOPITIAM by Wilai on Thalang Road. 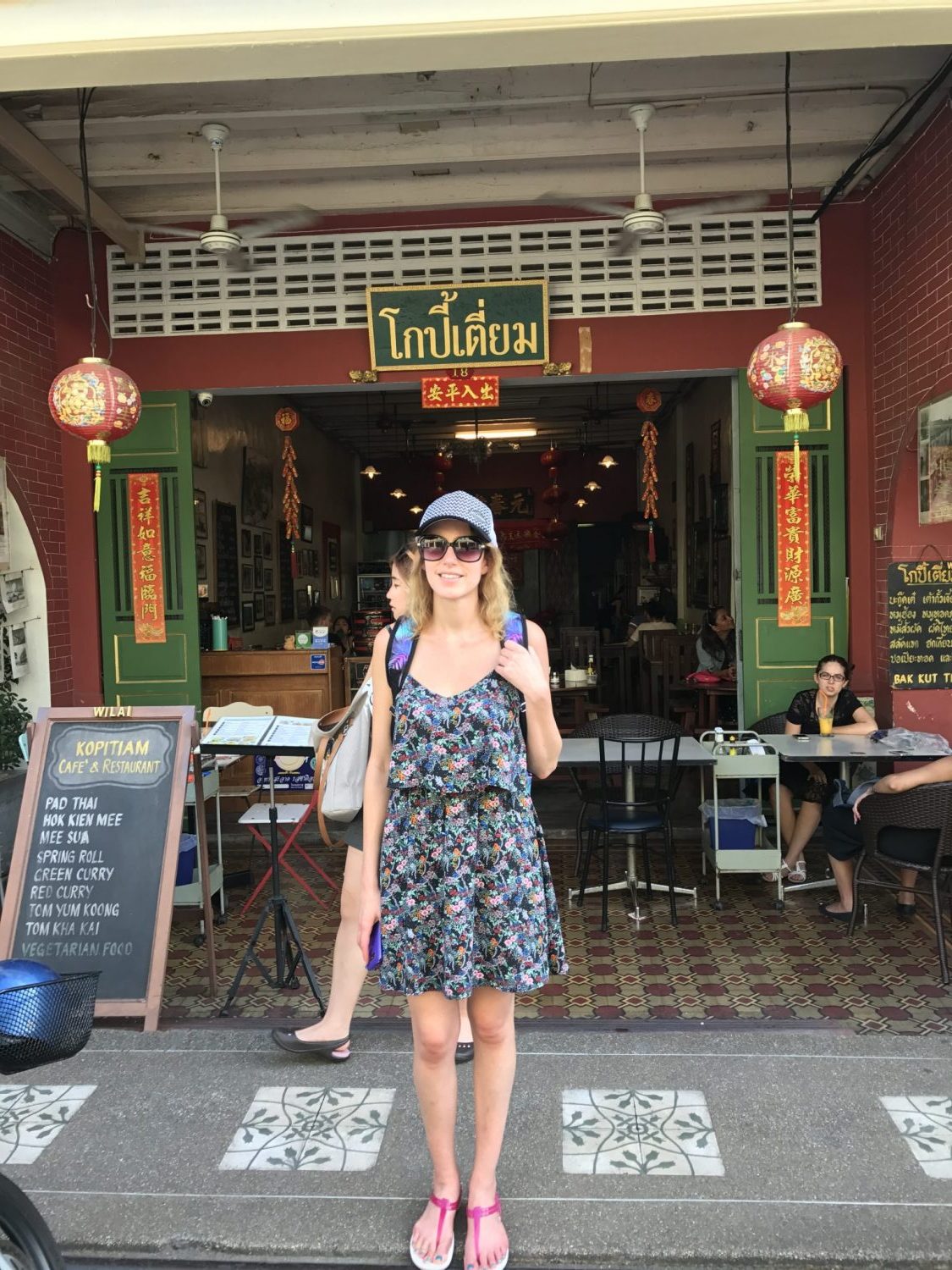 We sat outside for some air (there was hardly any air, I swear Thailand has to be one of the most hottest and humid places on earth) and ordered two bowls of their famous Phad Thai. My word. It was possibly the greatest Phad Thai I have ever eaten. This was followed by the restaurants infamous Mango Sticky Pudding Dessert and Coconut Ice Cream.

After four days in the city, with all the lights, noise and general craziness, it was time for the SEA. We caught a Ferry from Phuket to the beautiful Ko Lanta – Thailand’s colourful, chilled-out island – free of big hotel names and neon lights, it’s a barefoot wonderland with a hint of hippy.

As we exited the Ferry, we were bombarded by hundreds of guys screaming ‘taxi taxi’! It cost us R80 to get to our hotel with all our bags, which was about 3km away. Anada Lanta Resort, cost us R800 per night including breakfast.

When we arrived, we headed straight to the beach (a few hundred meters away) and we finally had sand between our toes! The next few days we hired a scooter and explored the whole island which is possible to do in a day.

Then it was time to meet up with our friends who were at Phi-Phi Island.

Phi Phi island is probably the most famous island in Thailand. You may remember it as the gorgeous, pristine beach that Leonardo DiCaprio finds in “The Beach”. Since the movie was released in 2000, The Beach – also known as Maya Bay – has become the number one place to visit in Thailand. 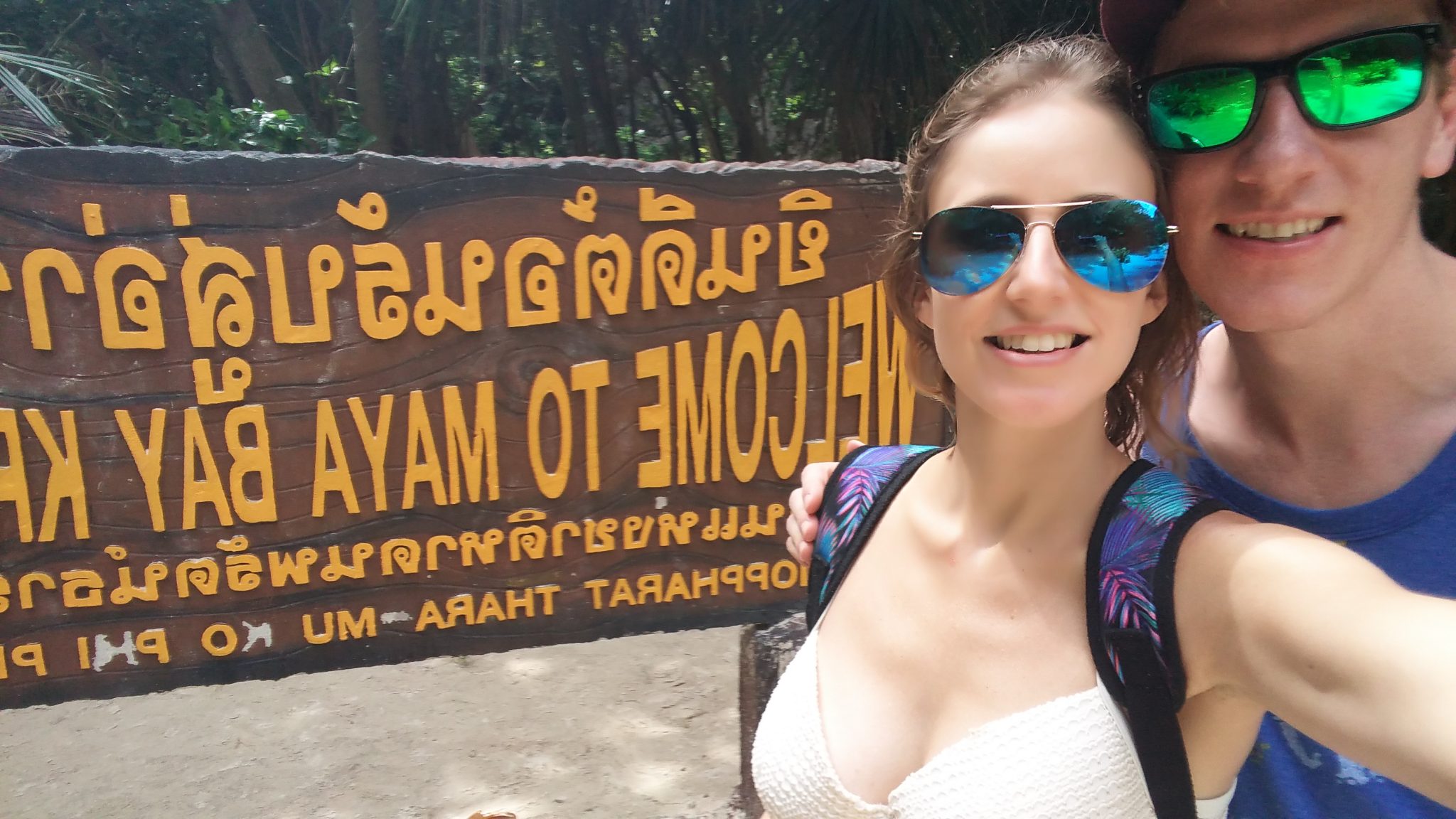 We stayed at Phi-Phi Casita, situated on the main island – Phi Phi Don. 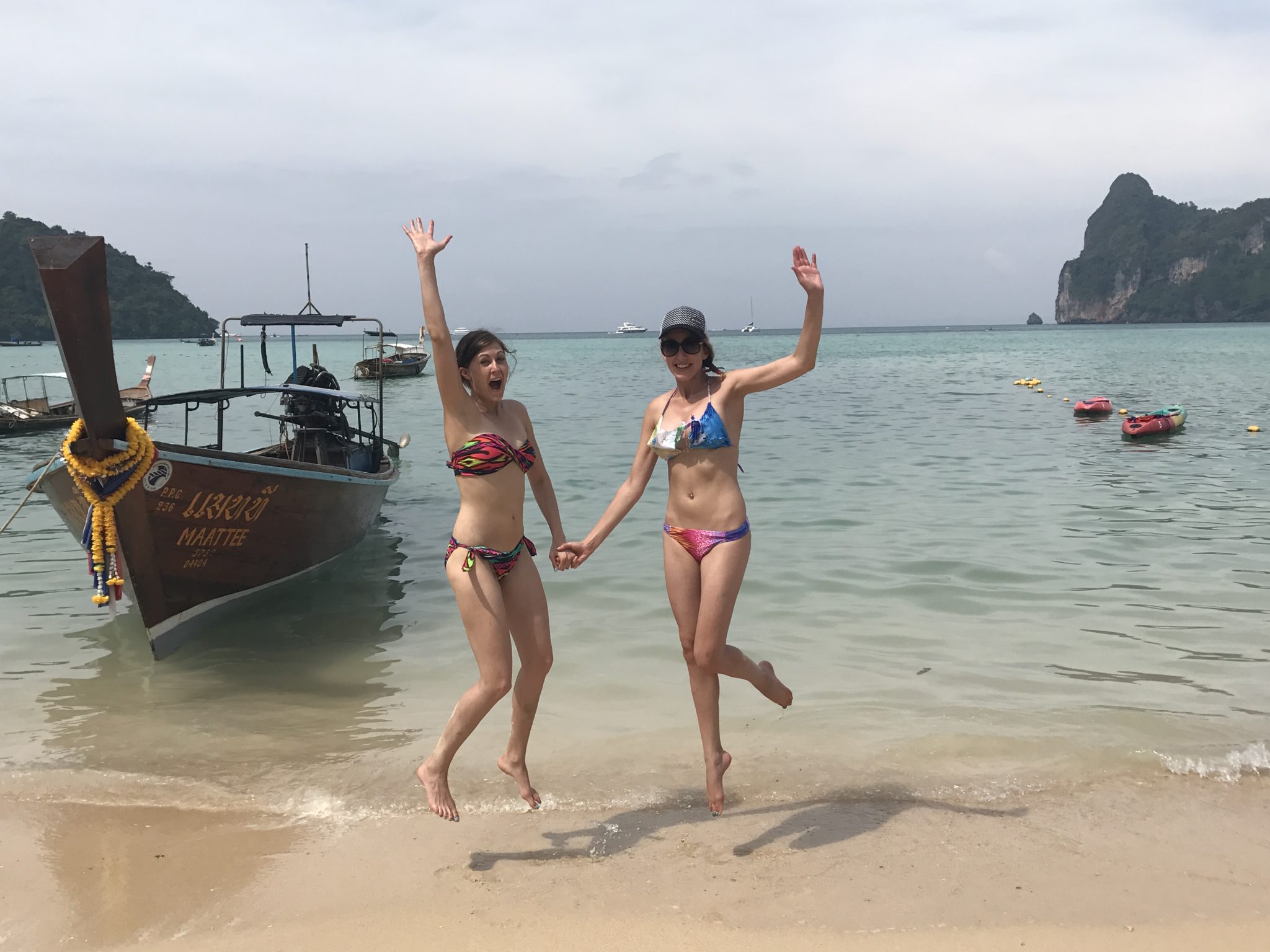 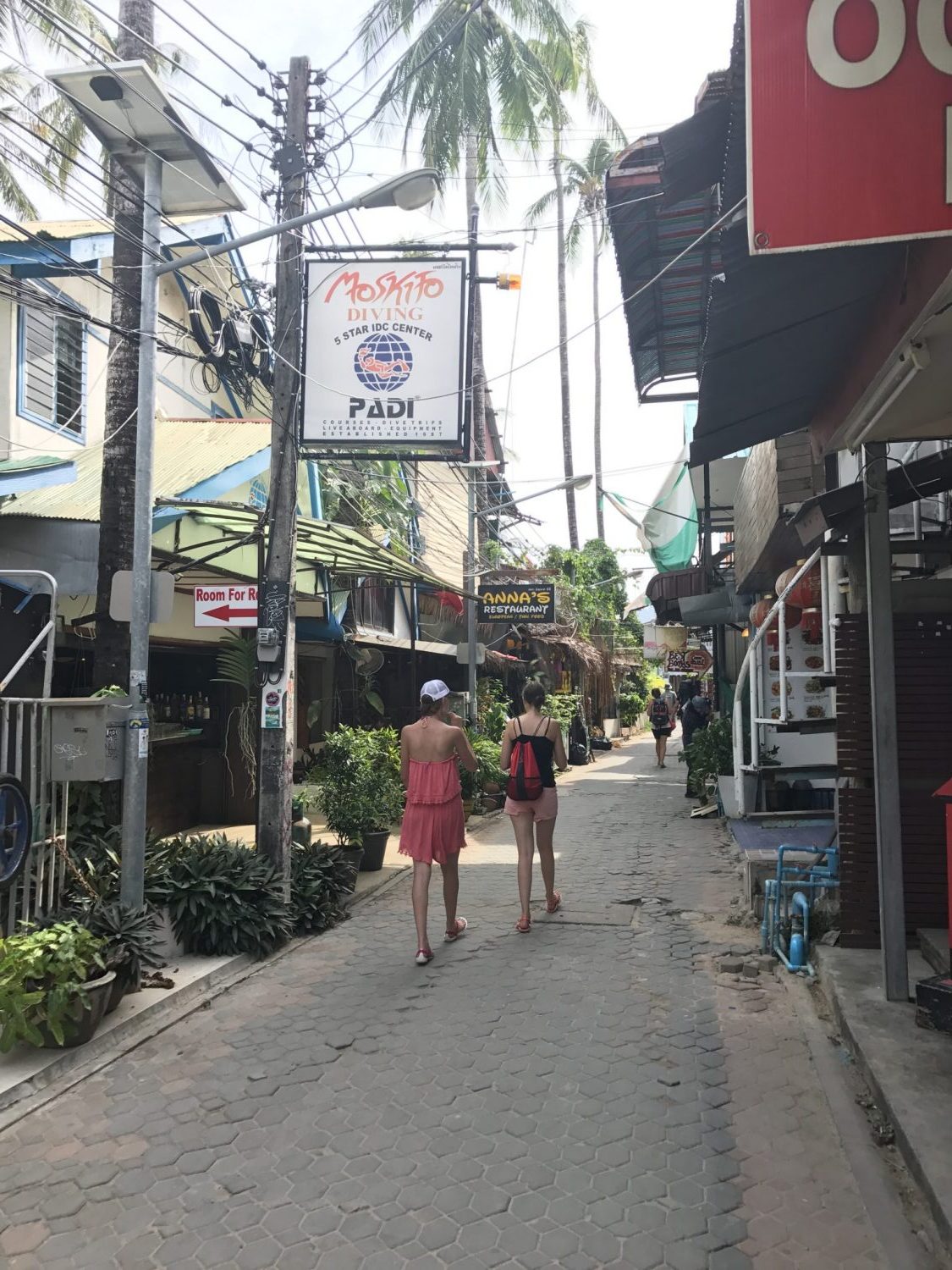 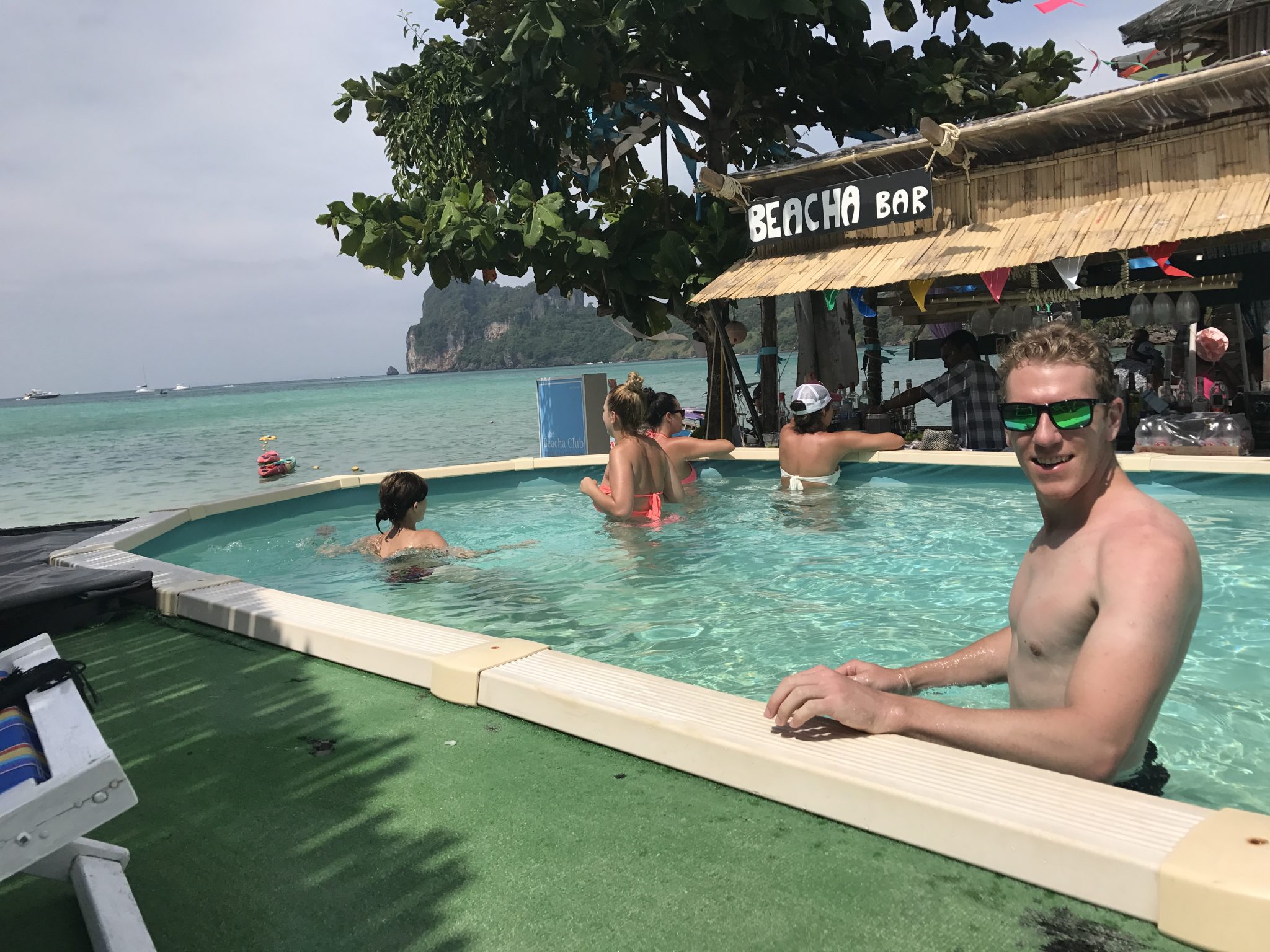 We also celebrated New Years there – which are absolutely crazy, people skipping on light ropes, dancing with fire and mechanical bull riding! 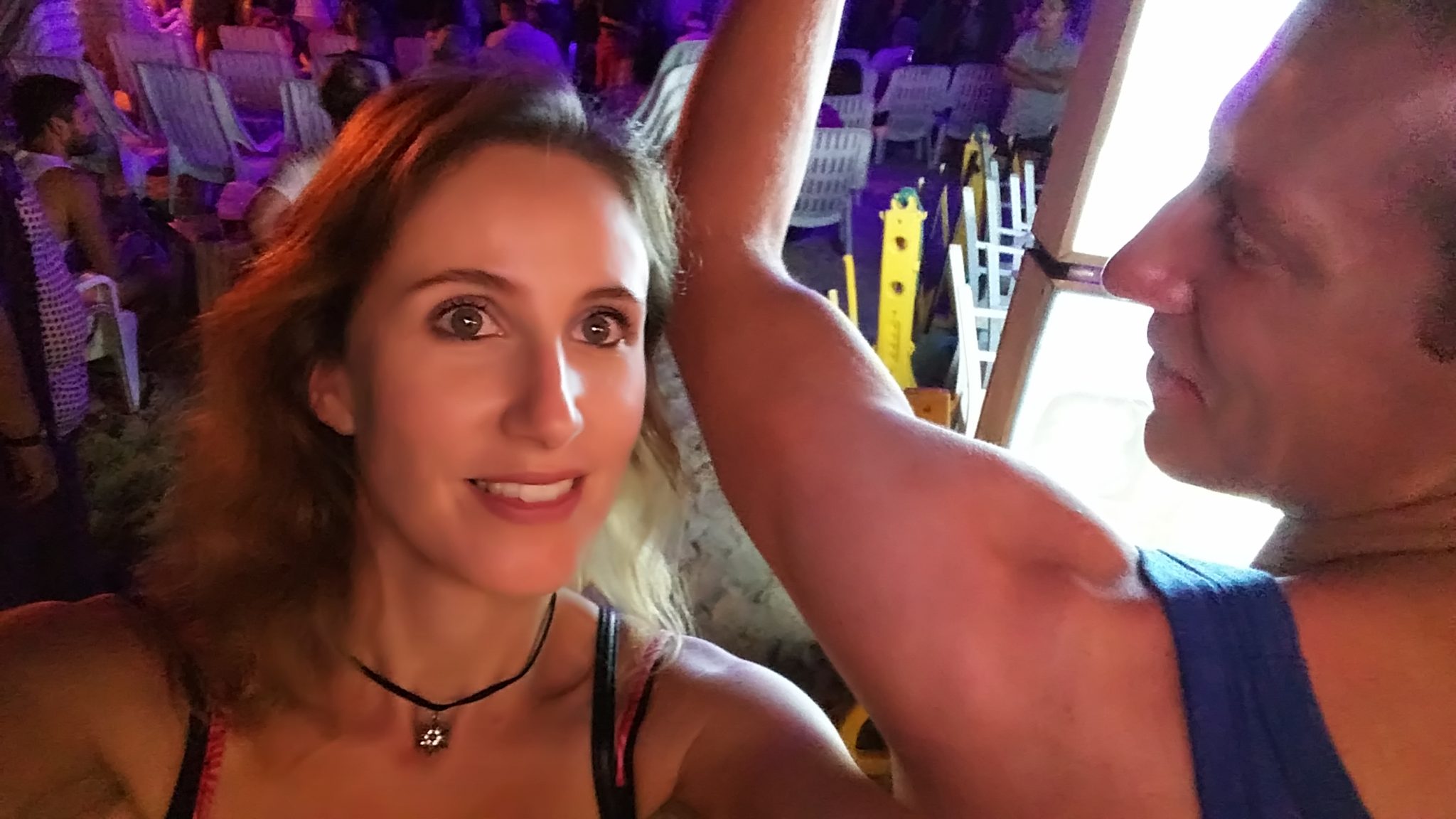 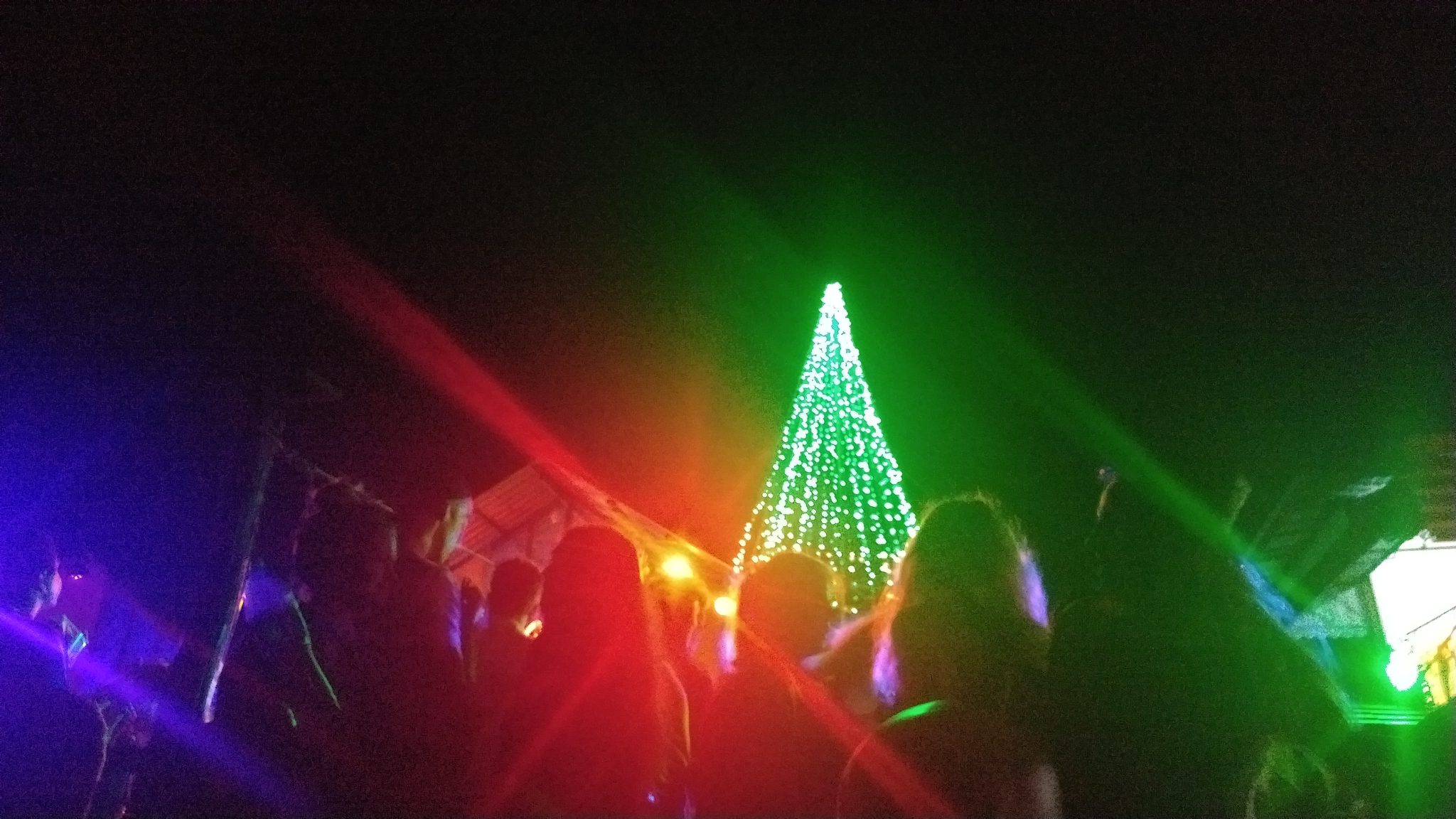 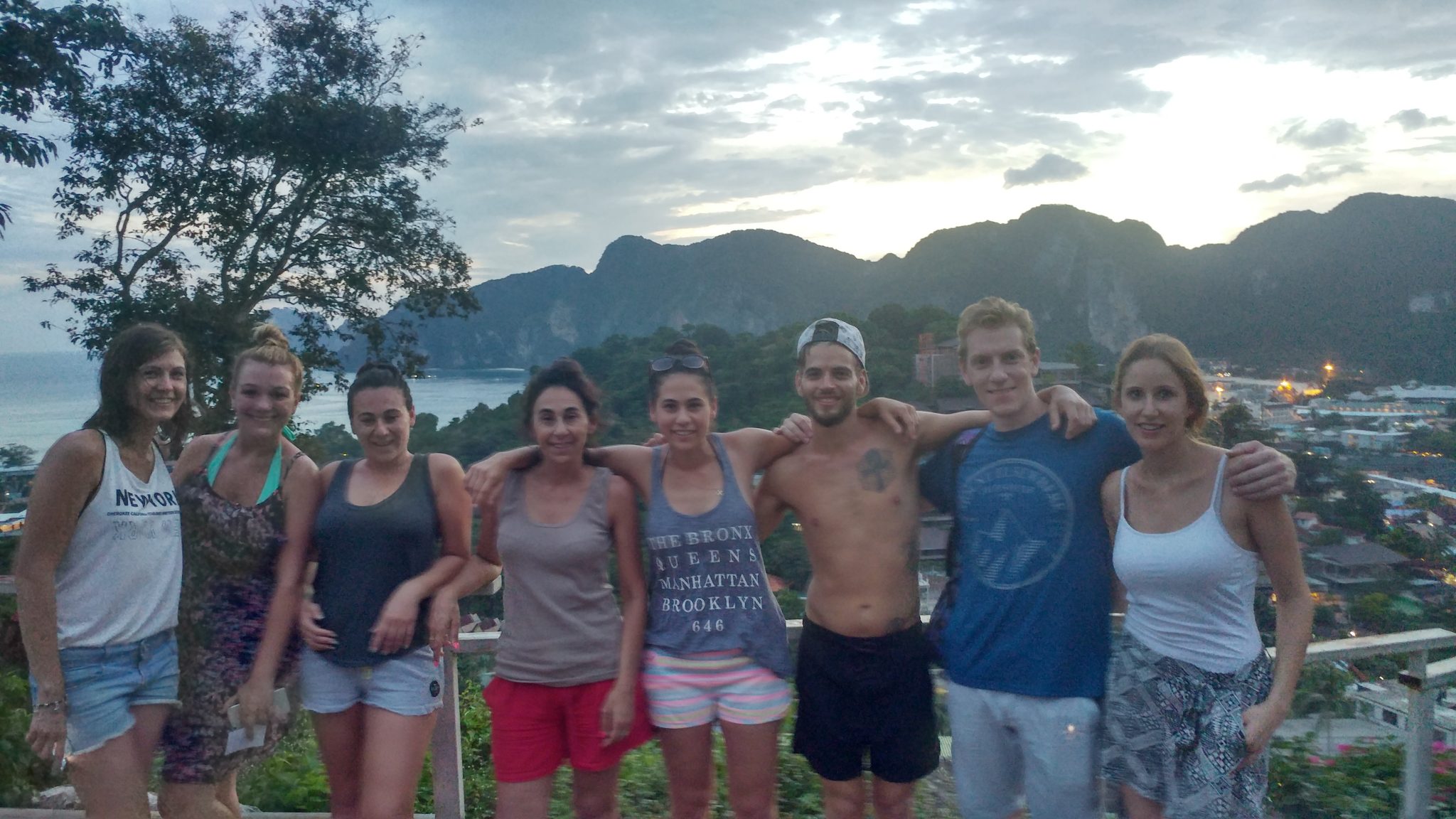 Of all the places we stayed in Thailand, Phi Phi was by far the most expensive, the most touristy and the most drunken. Seriously, people are always drinking there, mostly students, and mostly out of one of those infamous Buckets. (a bucket filled with Red Bull and Booze) The parties go on for days and the beaches get trashed, which is one the reasons Phi Phi wasn’t for us.

But we got to spend some time with friends, drink far too much alcohol and see one of the most beautiful areas with the most pristine waters. 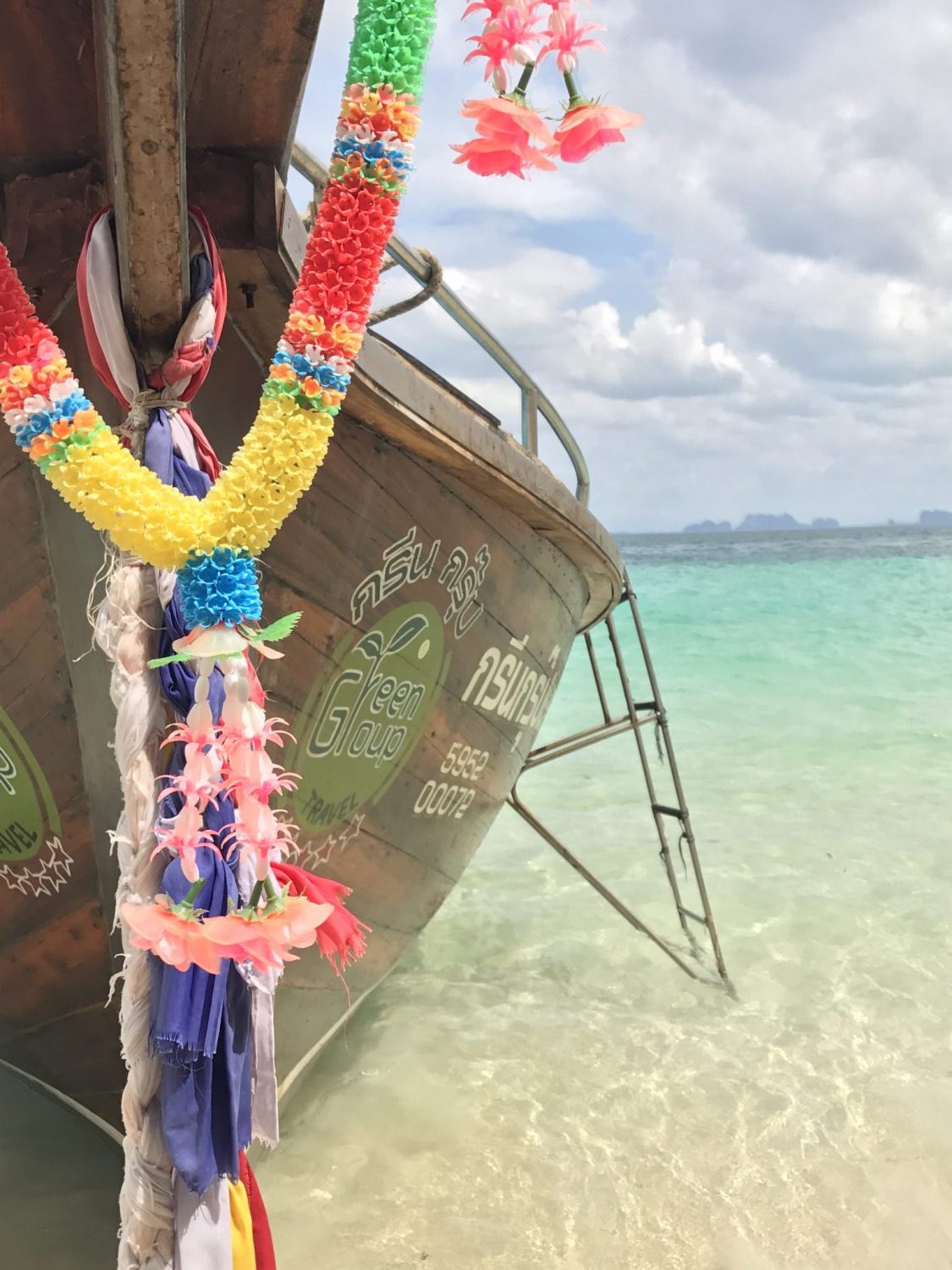 Krabi was the next stop of our journey, were we stayed at The Phu Beach Hotel (R1000 per night)

Krabi is on the west coast of Thailand, and is province characterized by craggy, sheer limestone cliffs, dense mangrove forests, and more than a hundred offshore islands. 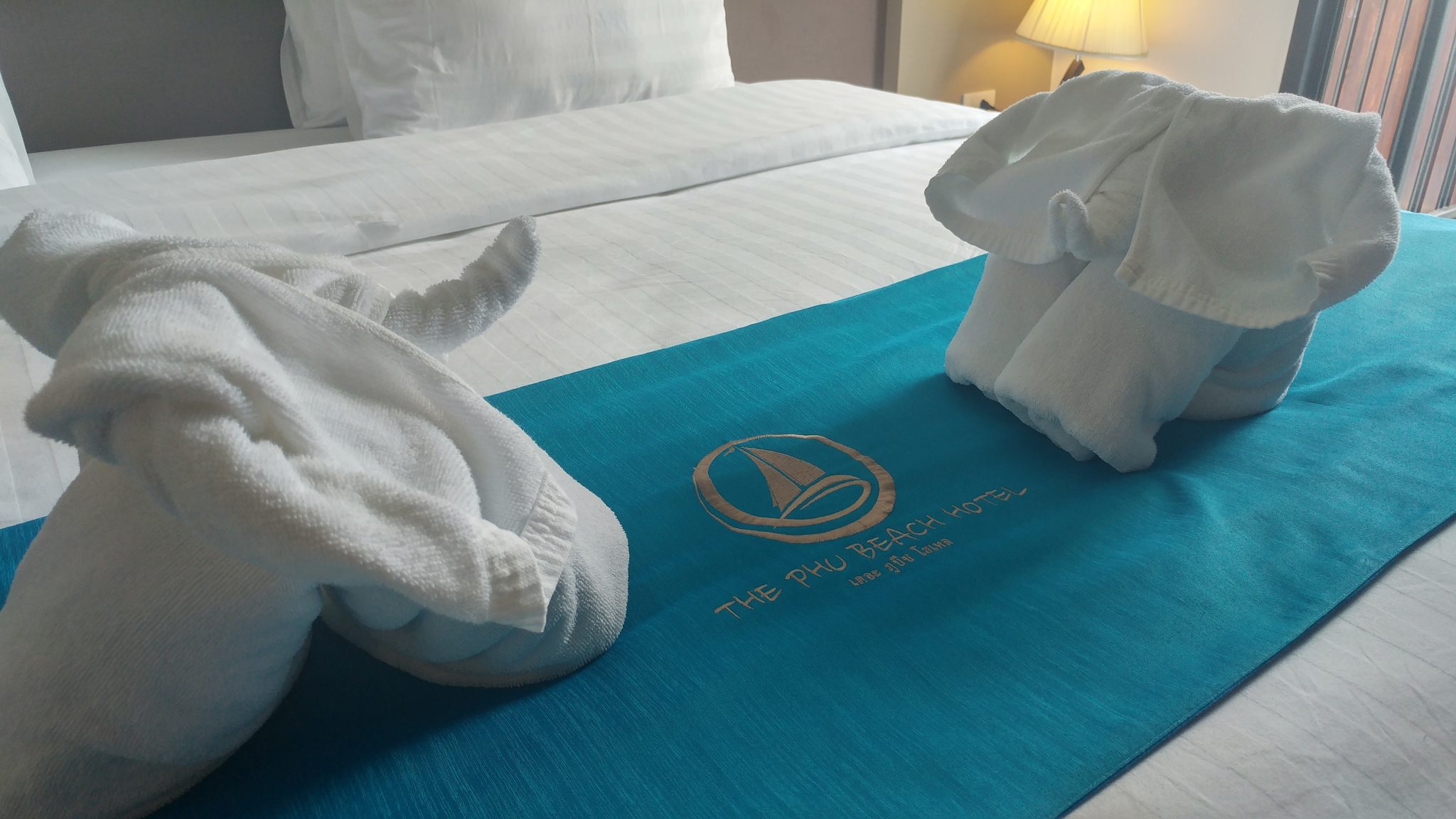 The area we stayed in was a bit far from the beaches (Mueang Krabi District) but our hotel had a shuttle that took guests to the beaches 3 – 4 times a day. 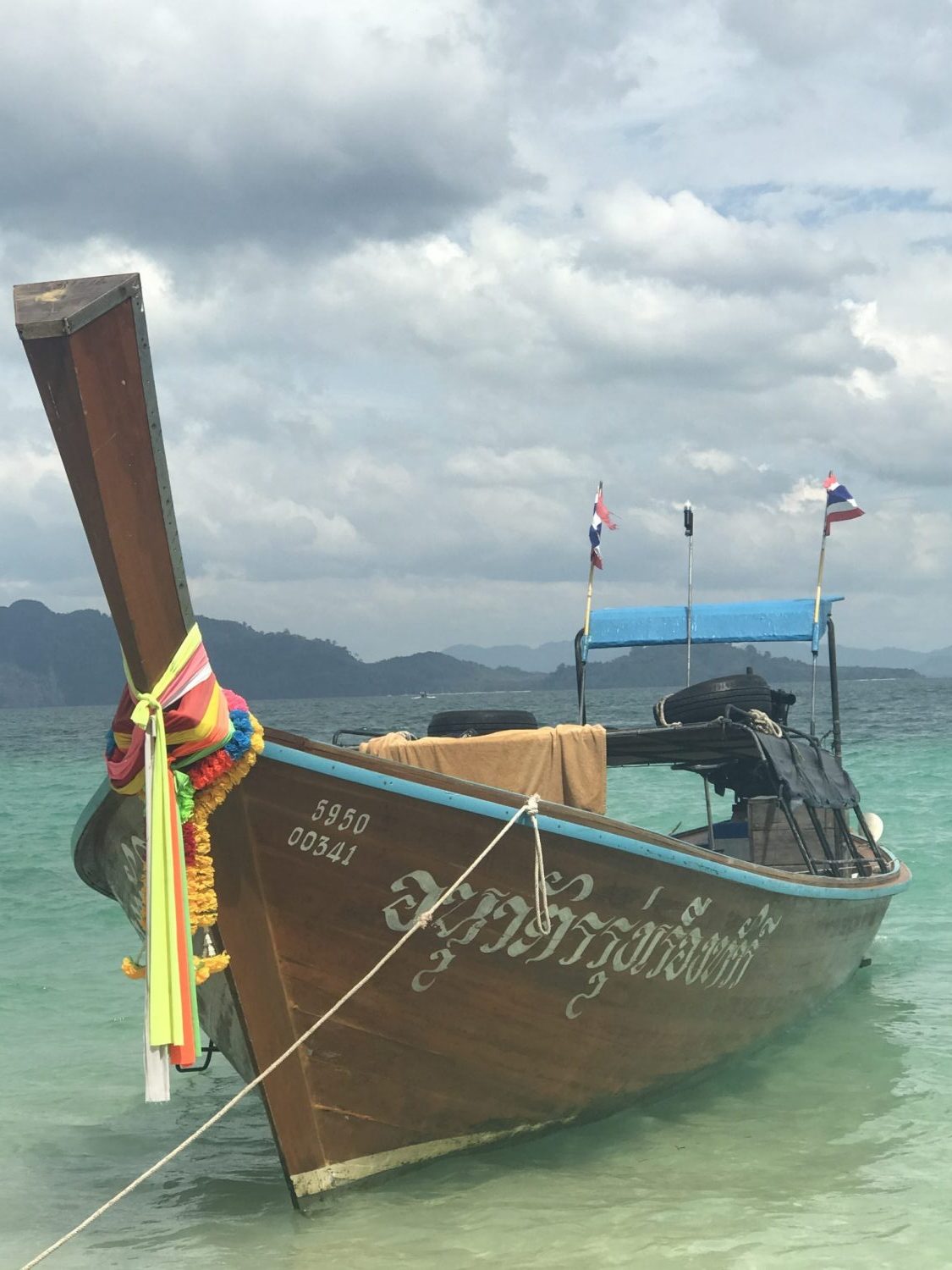 For our final night, we stayed on the other side of Phuket (not Old Town) by the sea, on a beach called Kata.

For this accommodation, we checked on Agoda and saw that Chanalai Garden Resort was having a special so we booked while on the Ferry from Krabi to Phuket. This hotel was R1300 per night, breakfast included.

I would definitely come back to Kata Beach – it was also very beautiful.

Thailand is a travelers dream, a remote paradise, rich with tropical beauty, lively cities, and cultural history just waiting to be explored by adventurous traveler. I cannot wait to go back again some day!

Just out of interest the trip (hotels, airfare, ferries, food) cost us R24 000 each- including spending money. This was over a period of nine days

MY TIPS FOR THAILAND FIRST TIMERS

Thanks for reading Thailand in December and Tips for First Timers and I hoped it helped you! Leave me a comment below if you have any other tips you’d like to share! 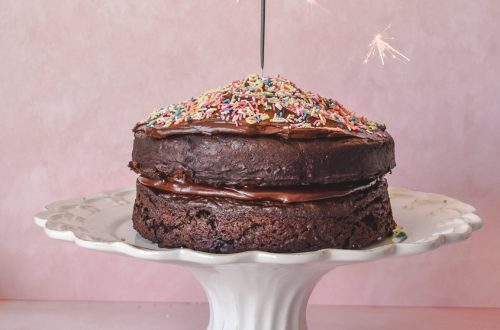 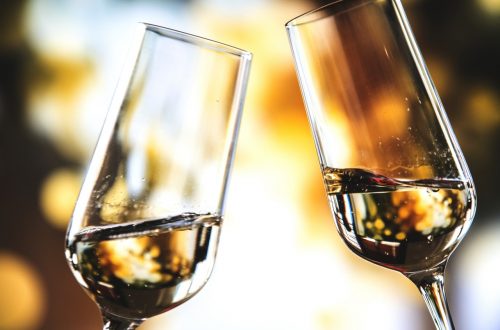 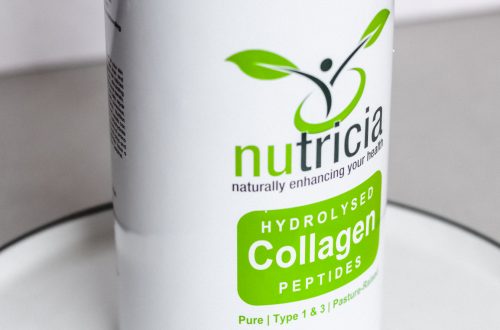 A Review of O Nutricia Collagen