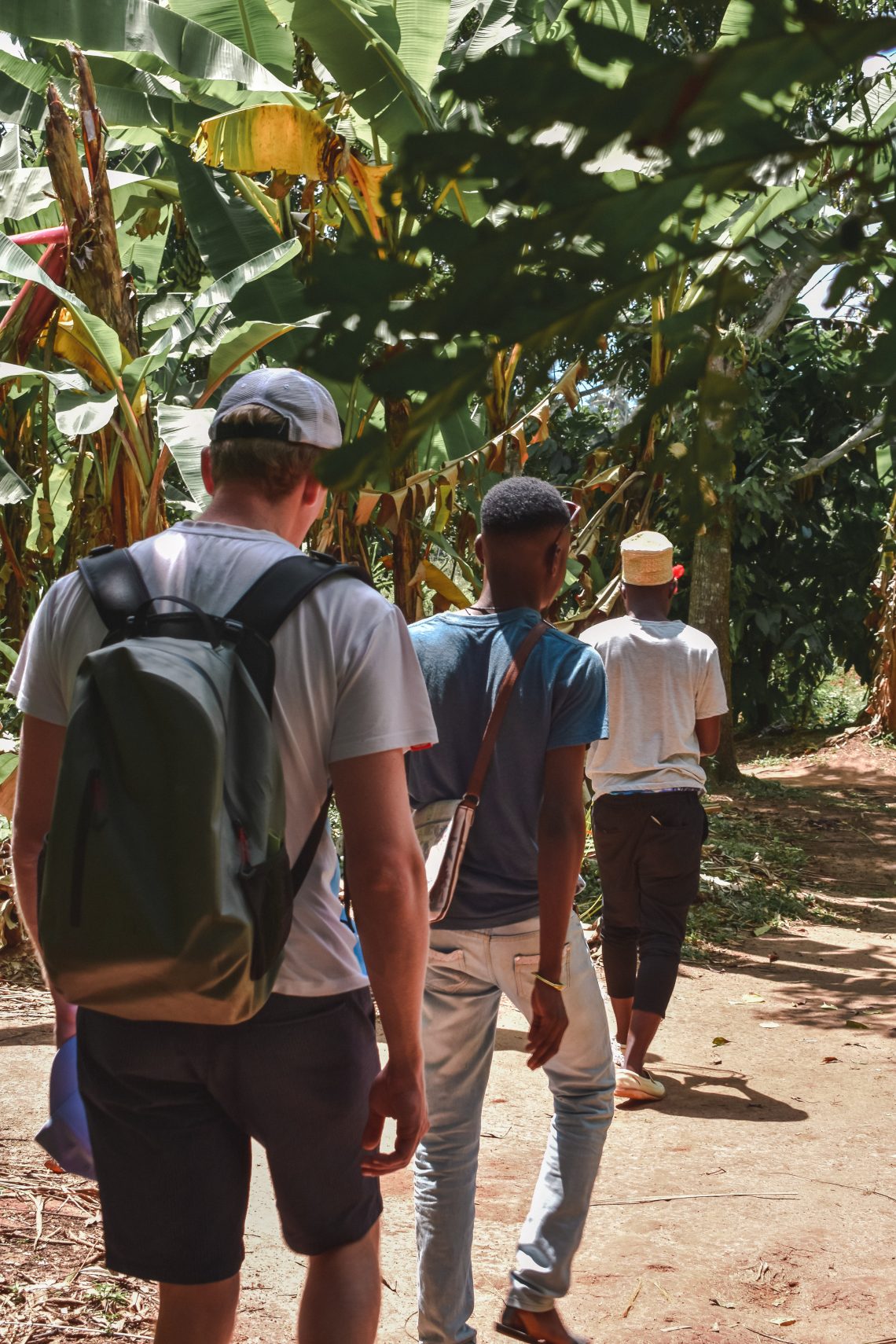 From the moment you set foot out of the plane in Zanzibar you are warmly welcomed to the island not only from the warm tropical breezes, but from the people themselves.

“JAMBO! You are welcome to our island. Hakuna Matata”

That is the welcome you receive wherever you go.

At first I thought the locals were just trying to relate to ‘westerners’, because they knew we really liked Disney’s ‘The Lion King’. However, I soon realised that Hakuna Matata is honestly and truly the way they go about living their lives – a mantra they embody in everything that they do.

In fact, when I think back, not once did we see a Zanzibari person get stressed or angry in our stay.

Not when our taxi drivers would get stuck in traffic (Yes there is traffic in Zanzibar), not when stubborn goats wouldn’t move out of the road, not when they had to carry buckets of water to their homes from the local wells, not when the school children who have so little, happily skipped their way to school. Not a single frown.

They just smile and say:

What a way to live.

Especially considering the conditions so many live in, the lack of infrastructure and the general poverty we witnessed. Never have I seen such a community spirit of people coming together to share anything and everything they have with each other.

There is just too much I want to tell you about Zanzibar, which is why I am going to do four different blog articles. 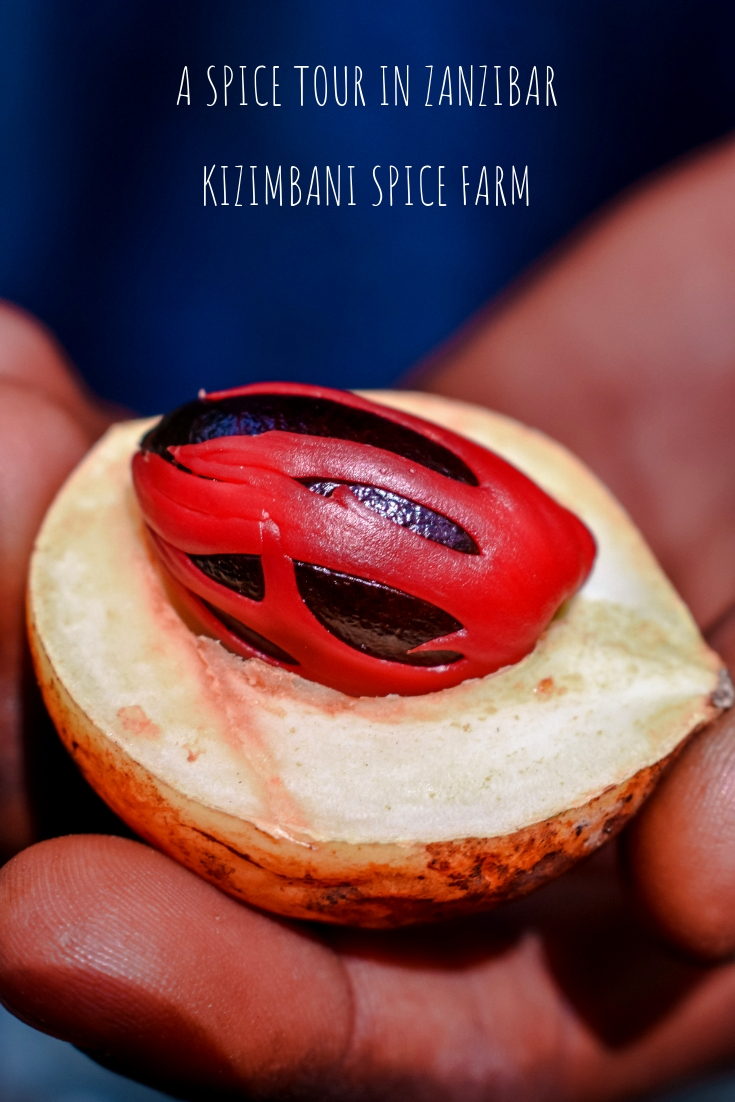 Spices have long been a pillar of Zanzibar’s economy so we knew we had to visit a spice farm – and I had my eyes set on Kizimbani after hearing great reviews.

Our hotel organised a taxi for us, which cost $40 (R600) and the tour was free, barring a tip for our guide and a few farm workers. We gave our guide Arkam $20 and R100 which he was REALLY happy about so, I think we probably overtipped, but it was totally worth it.

When you enter, the spice farm is not organized into neat, square plots, but rather a more organic structure, in which plantings of one type, mingle with another type. 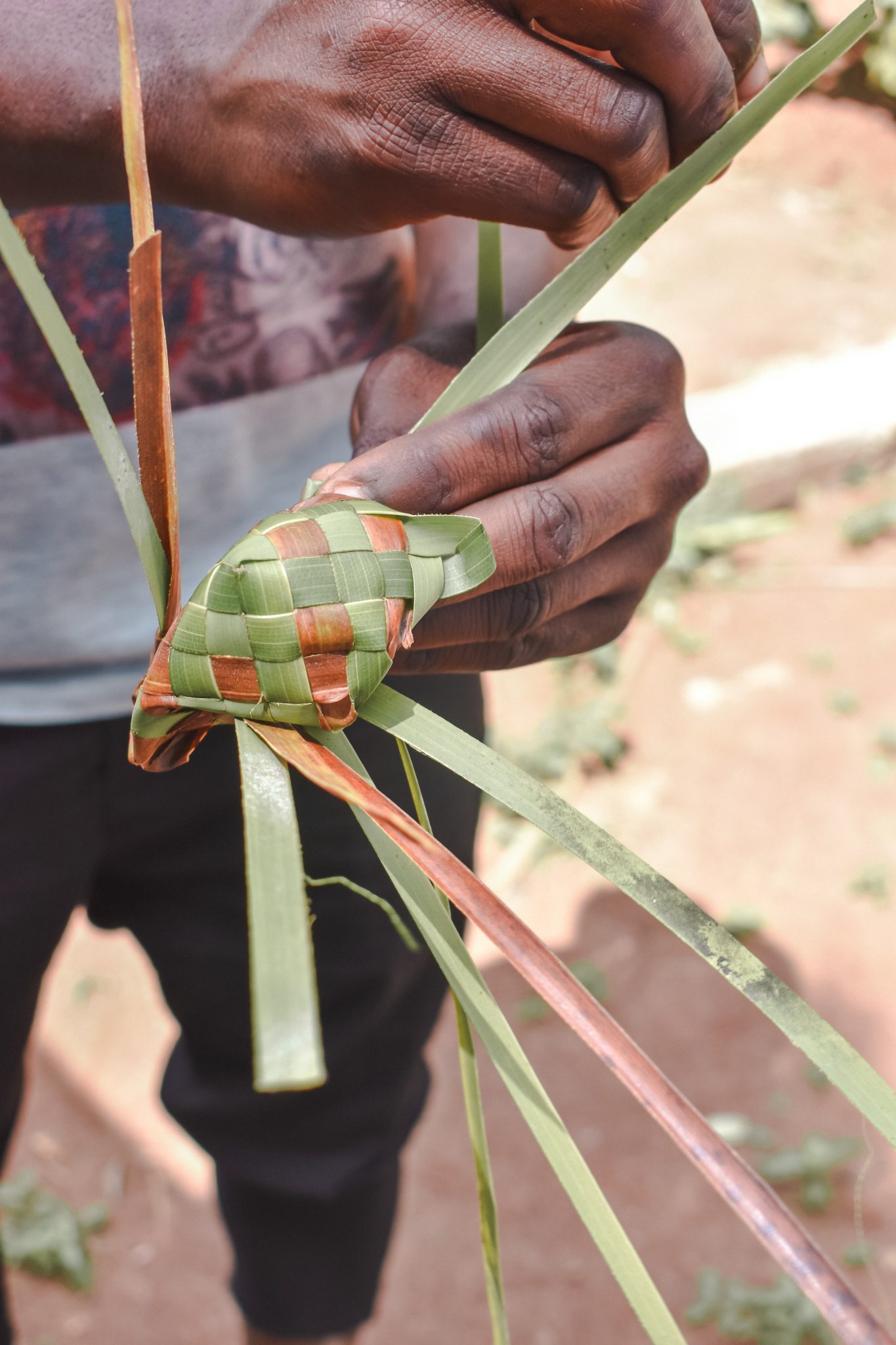 The Portuguese and Chinese introduced spices such as garlic, cacao and chili to the islands several centuries ago.

But it was the Omani Sultan – Seyyid Said – who exploited the potential of Zanzibar’s tropical climate and fertile soil.

The Sultan established clove plantations and forced Zanzibar’s slave population (more on that soon) to grow and harvest the crops, which turned this tiny island into the world’s single largest clove producer. Cloves were highly prized because not only did they taste good, but they were used to cure and preserve meats, in a time where refrigeration didn’t exist.

Fast forward to the 21st century and Zanzibar still grows cloves and spices – but is no longer under any form of slavery. It is at the Spice Farms that you can truly have an immersive travel experience – as you learn more about the history of spices and the role they play in Zanzibar’s prosperity.

Arkam started our tour by telling us that he does not work for the farm, but that the farm allows him (and others in the surrounding community) to be a tour guide, as a way to make an income and of course promote the farms spices.

Throughout the tour, Arkam asked us to Guess The Spice or Plant and I am happy to say I got about 10/14!

The first plant that he showed us was this bright-red, spiky looking plant called Achiote or Zanzibar Lipstick. I had no idea what it was, so zero points there. 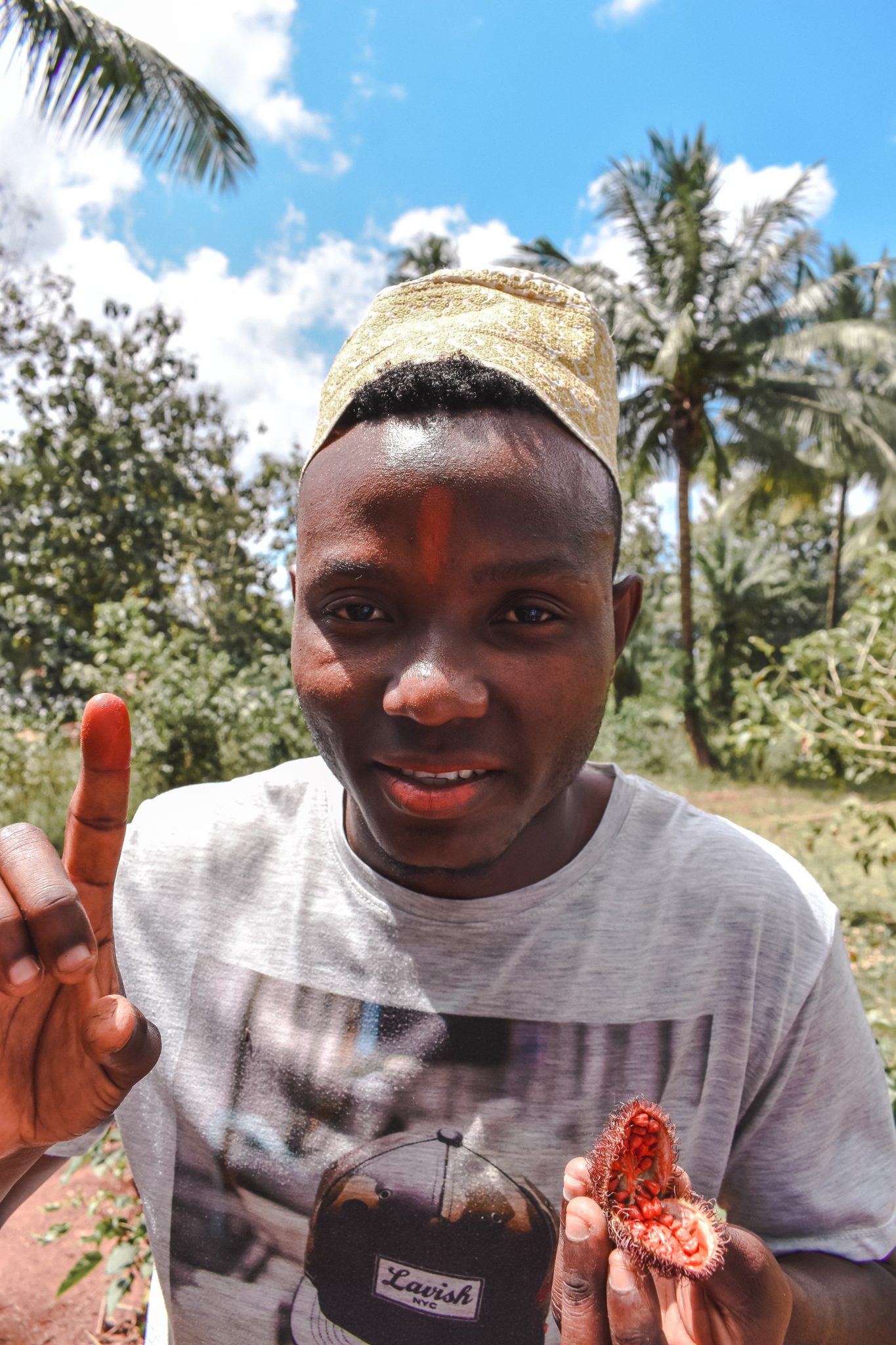 Lipstick doesnt get more natural and cruelty free than this

Next, we saw a Vanilla Tree (1 point) which was flowering, however it was too soon in the season for us to see the Vanilla Pod. 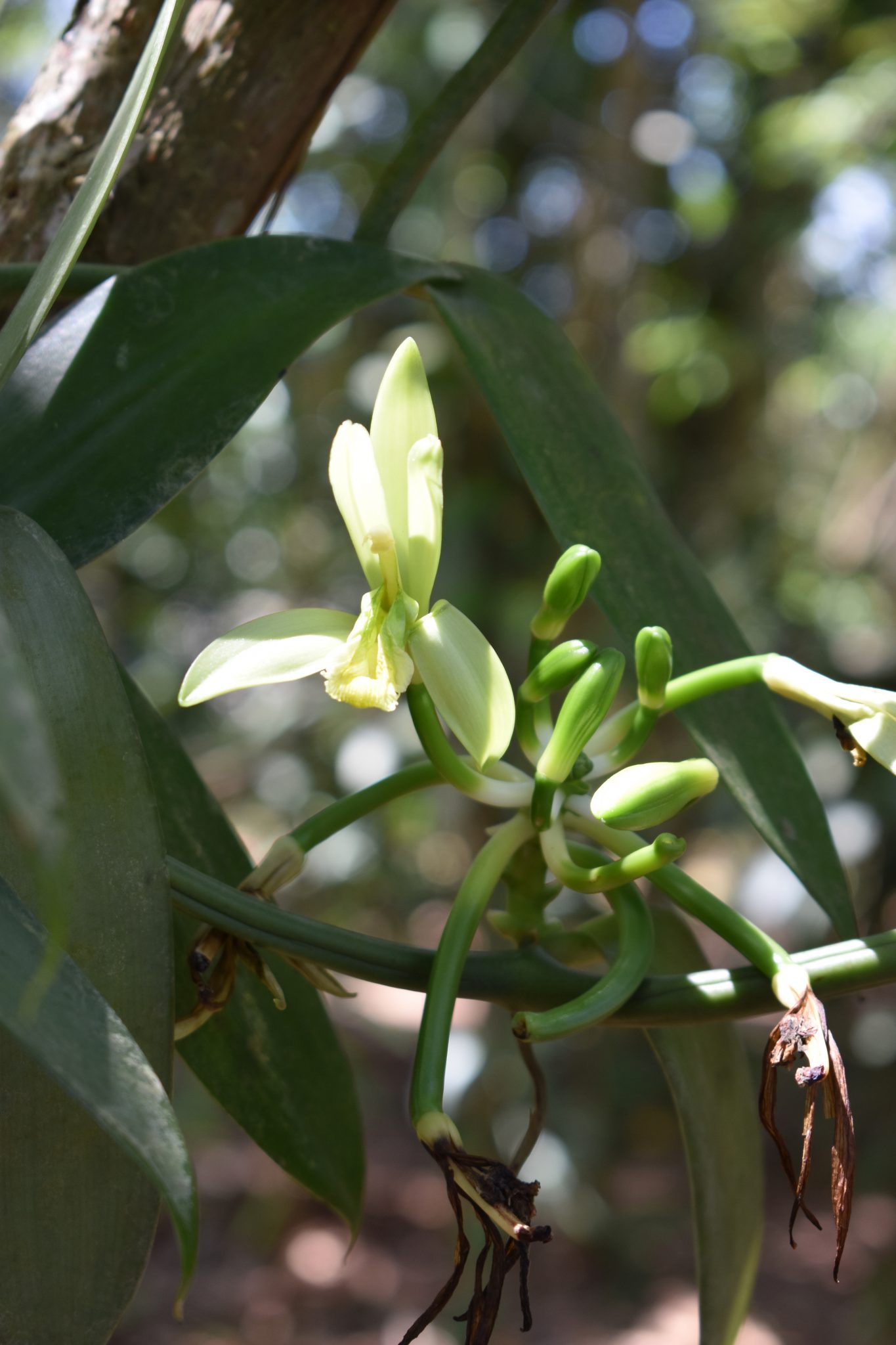 We walked a few more steps and we saw Cloves. (I had no idea cloves looked like this, as I have only ever seen the dried version)

We took another few steps and stopped at a tree.

Arkam sliced a piece of bark off for me, handing it to me to smell.

“Cinnamon?”, I asked. He nodded in approval.

Yip that is cinnamon bark, as well as the cinnamon leaf (which smells NOTHING like cinnamon, so I am glad he gave me the bark first). 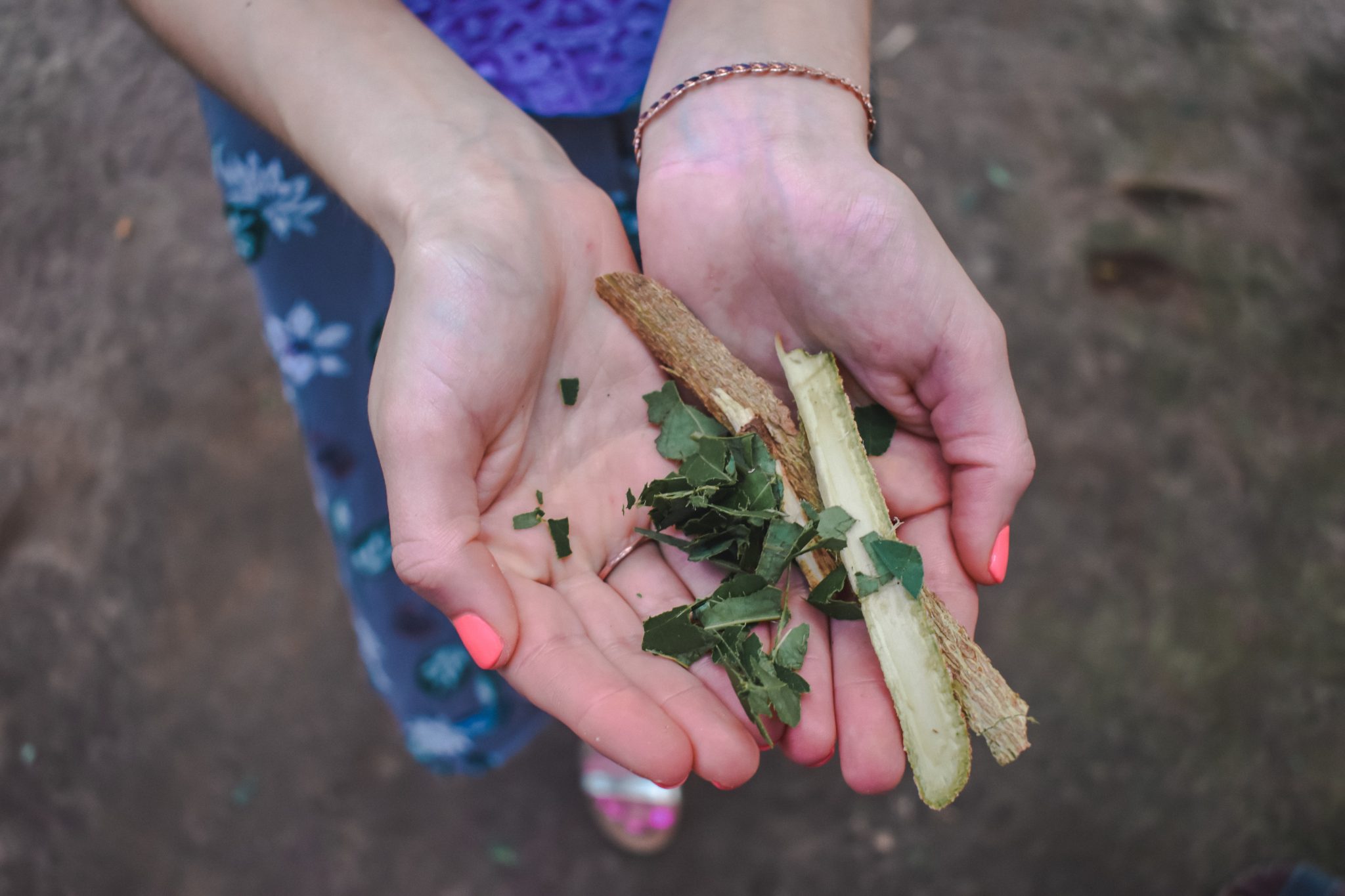 For the next spice, Arkam tore little pieces of a dark green leaf and crushed it in his hand before passing it to me. I was stumped and felt deflated after having being presumed to be a chef. (0 points)

This was a curry leaf! (again I had only ever seen this dried – damn you Woolies for not having fresh leaves) 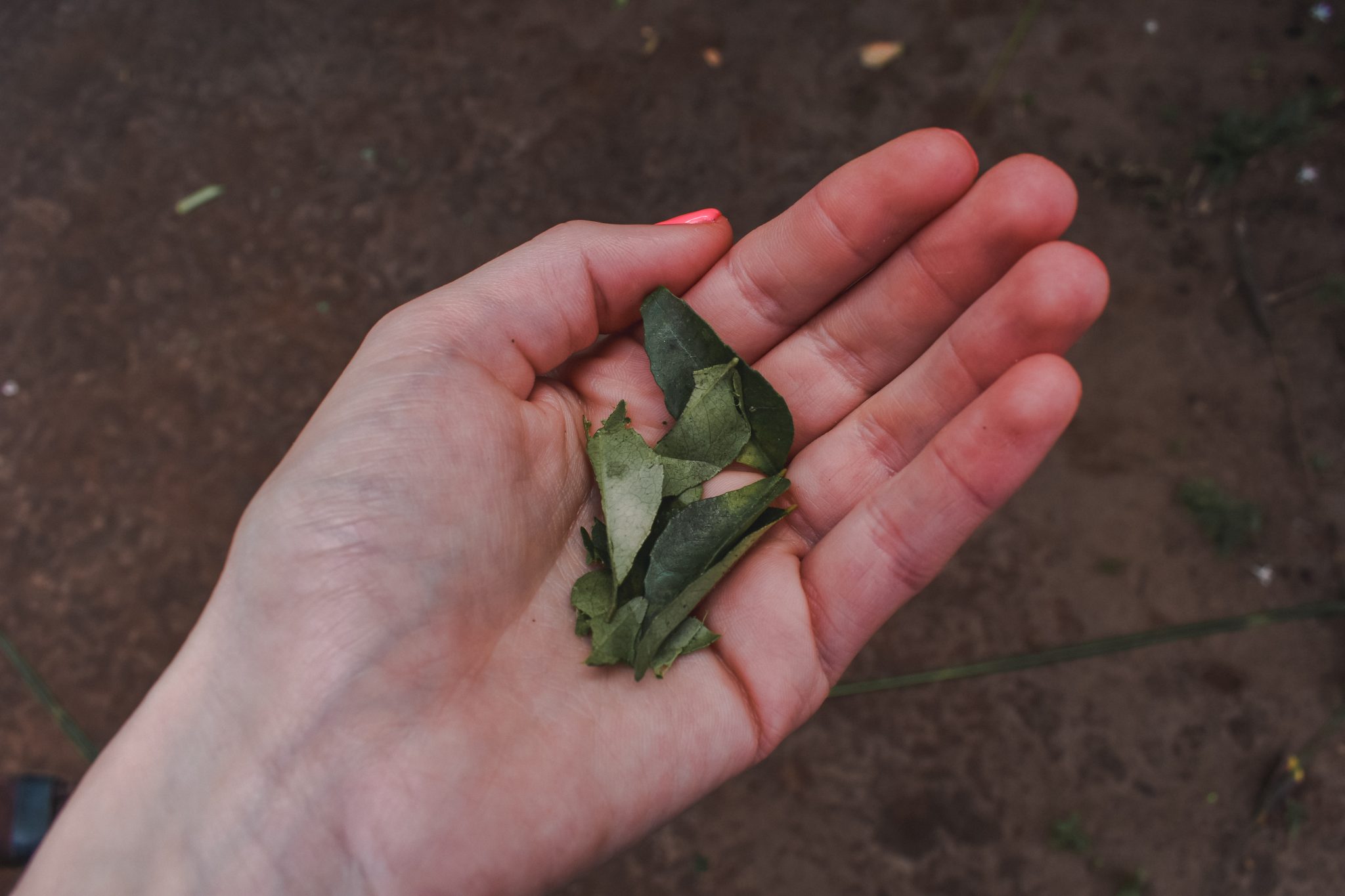 We walked to a grassy area and to my luck I didn’t even need to smell this plant up close – The whole area had a zesty lemony scent. “Lemongrass?” I asked confidently. (1 point to me)

Arkam bent down to pick some sort of nut looking thing off the ground.

He used his pocket knife to cut it open and I spent a minute or so racking my brain and I was convinced for some silly reason that it was a chestnut. It was not. It was Nutmeg. (0 points to me and my failed attempt to win back Arkam’s admiration)

This next one was was an easy point for me as this little fruit is pretty self explanatory. Star Fruit. (1 point)

Now I knew that this next spice was Turmeric, but I had never seen it growing before, so this was quite a surprise to see.

Then, we got to see the pineapple plantation, with the cutest little pink pineapples that I just had to get a picture with. (1 point, duh) 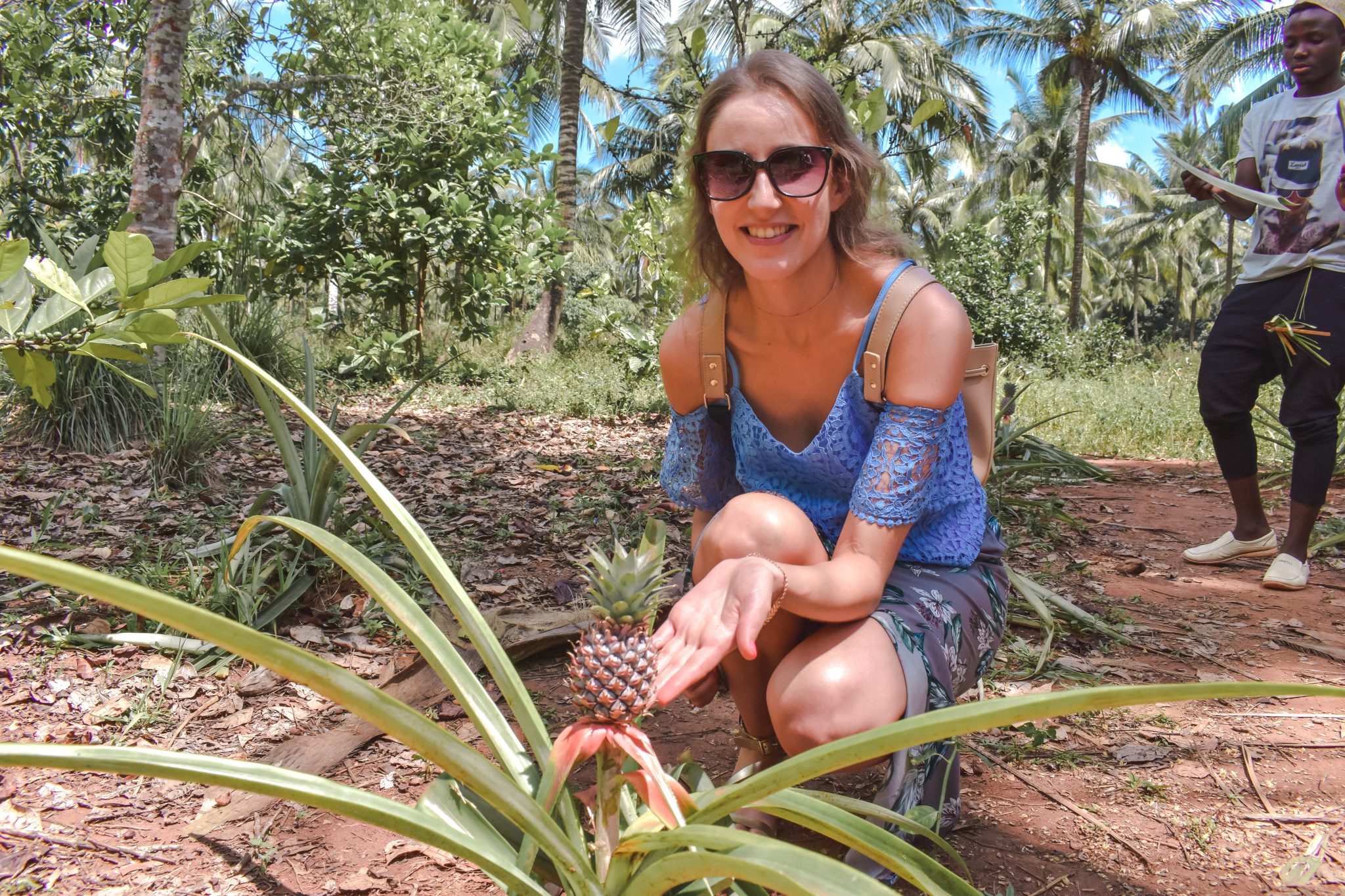 This little root was ginger. (1 point) 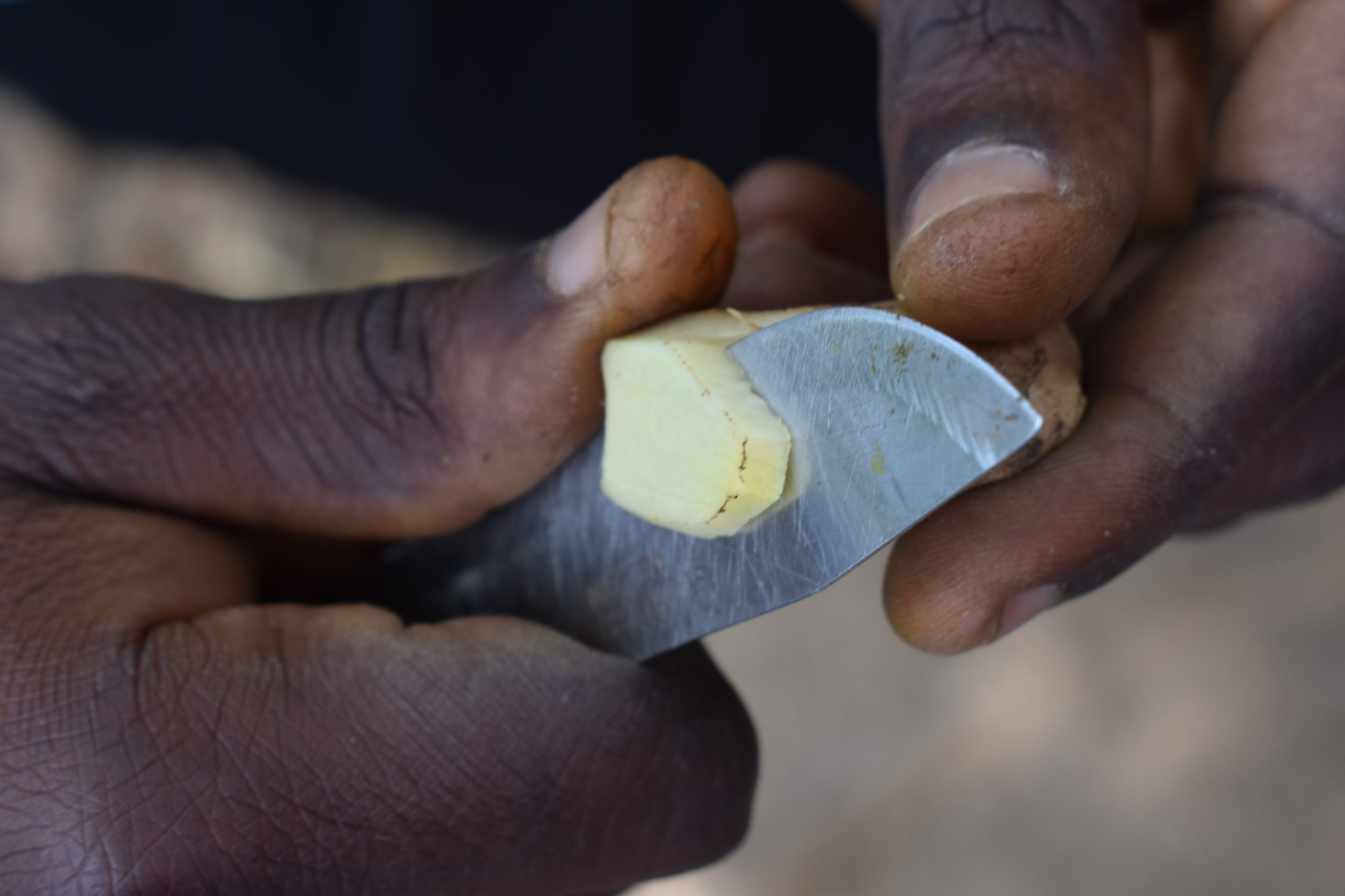 Then on to the banana plantation (1 point again, I would hope) where we got to taste the little bananas. One thing is for sure they pack a bananary-punch. They are extremely pungent and dense in texture, but a perfect snack on a Spice Farm.

Ever seen a jackfruit? These ones weren’t ripe, so I didn’t get to try them, but I knew what they were thanks to a trip to Thailand. (1 point) 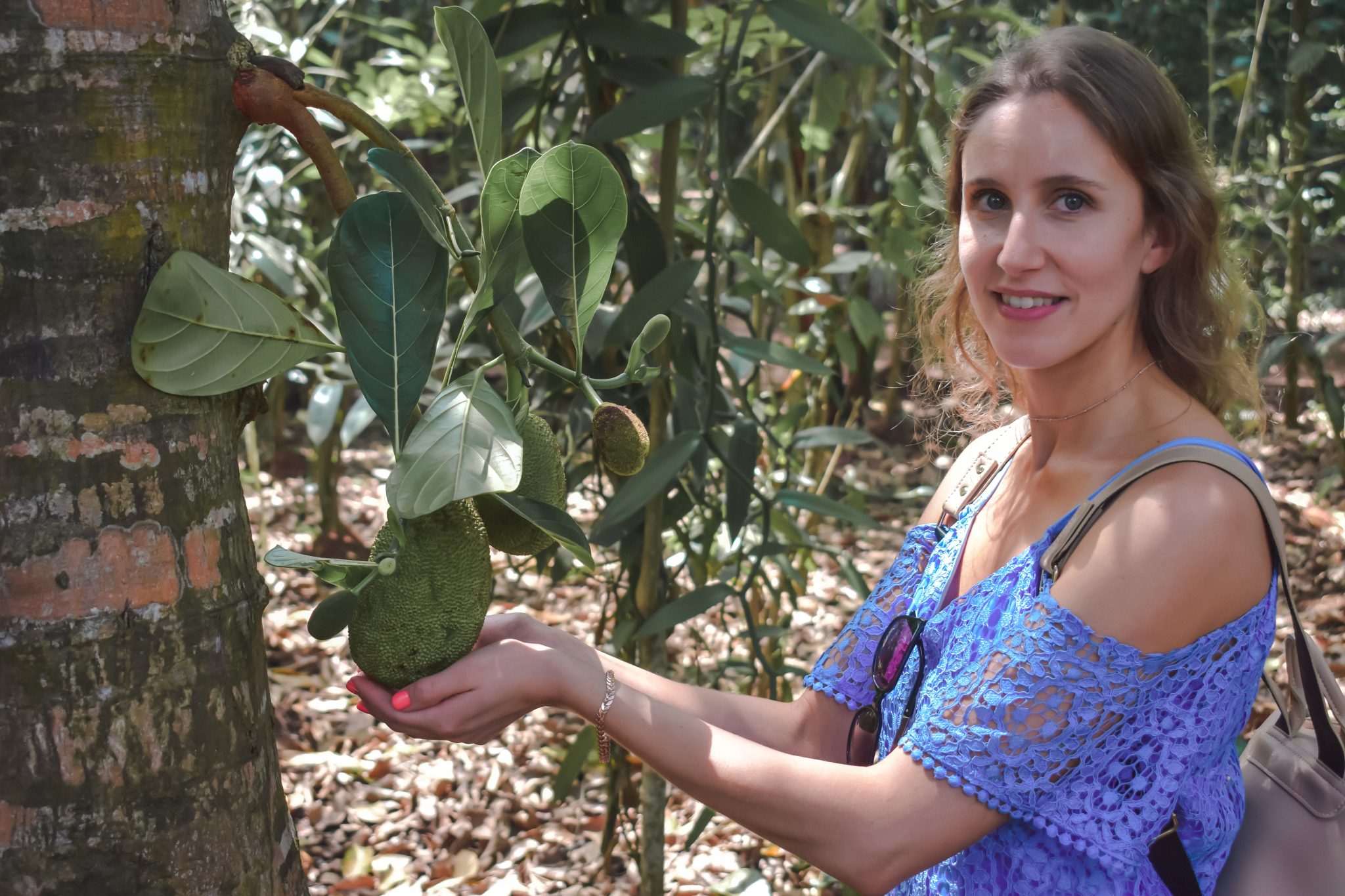 From there, we went to the coconut trees where another local guide climbed a tree (very festively – singing their famous Hakuna Matata song) to bring us a coconut. (Yay 1 point) 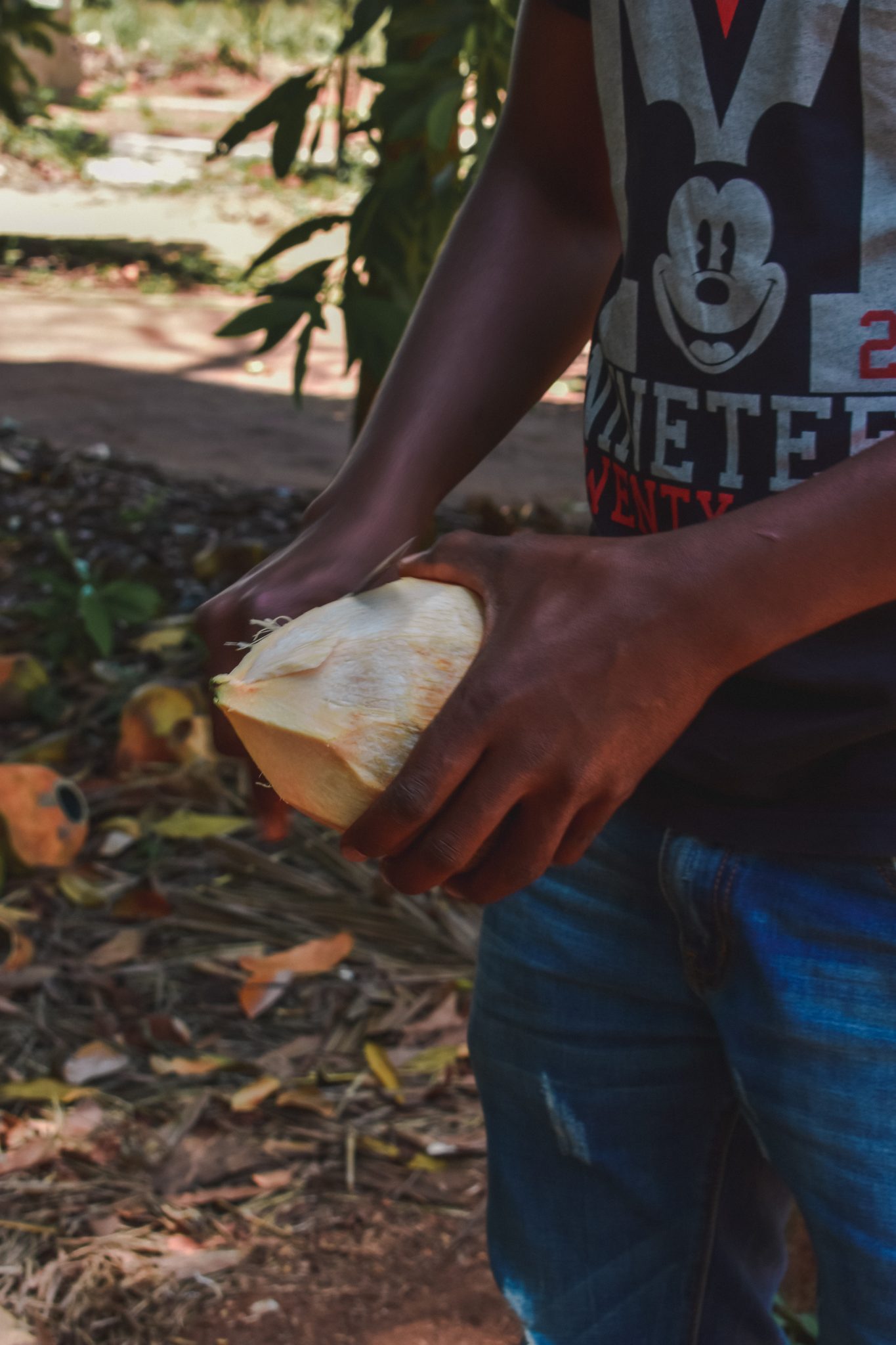 Coconut Water is super refreshing in hot weather, especially when served straight out of the coconut.

The tour ended with a walk to the Spice Farm Market where there were a variety of spices available to purchase at $5 per packet. 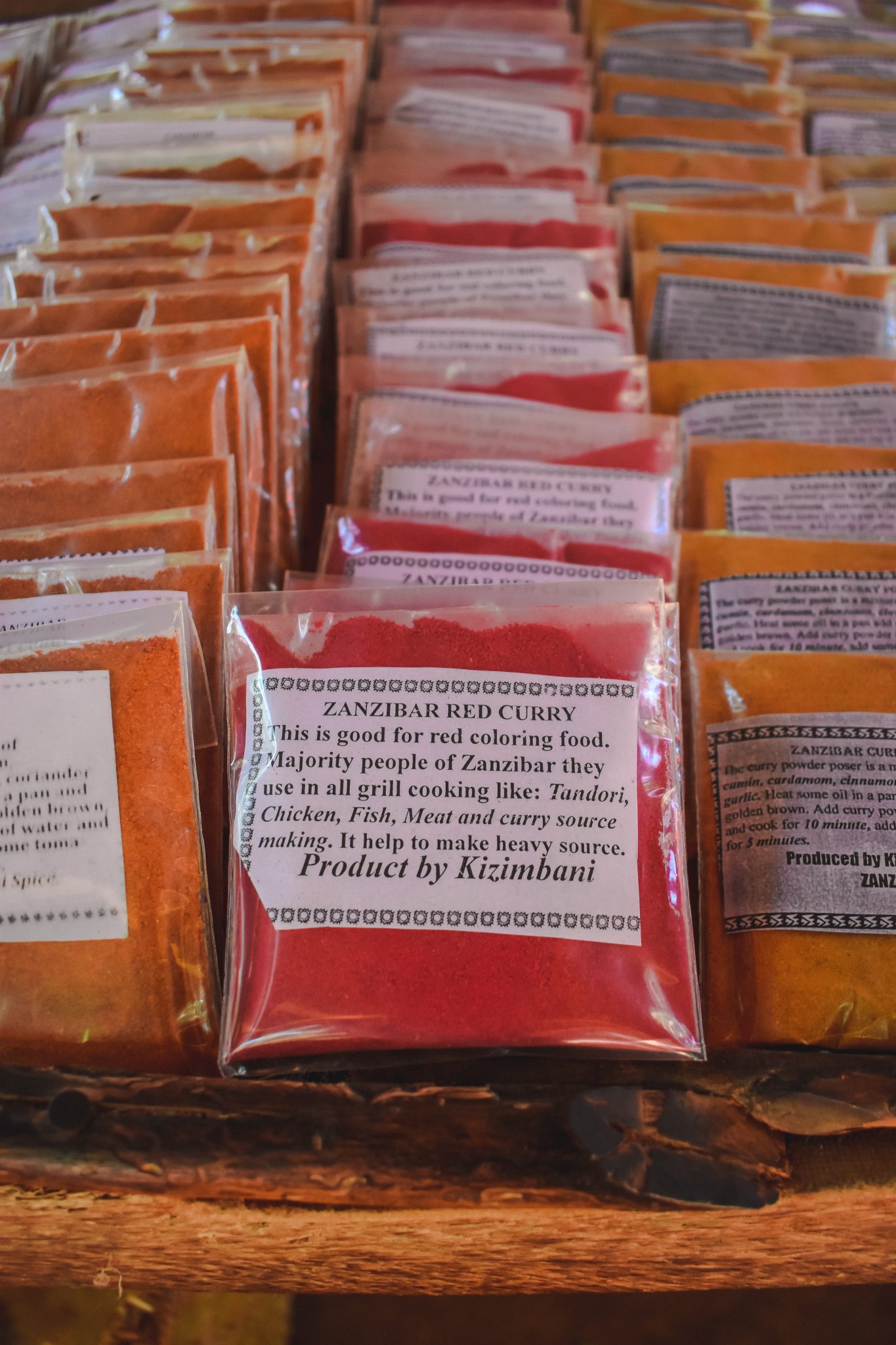 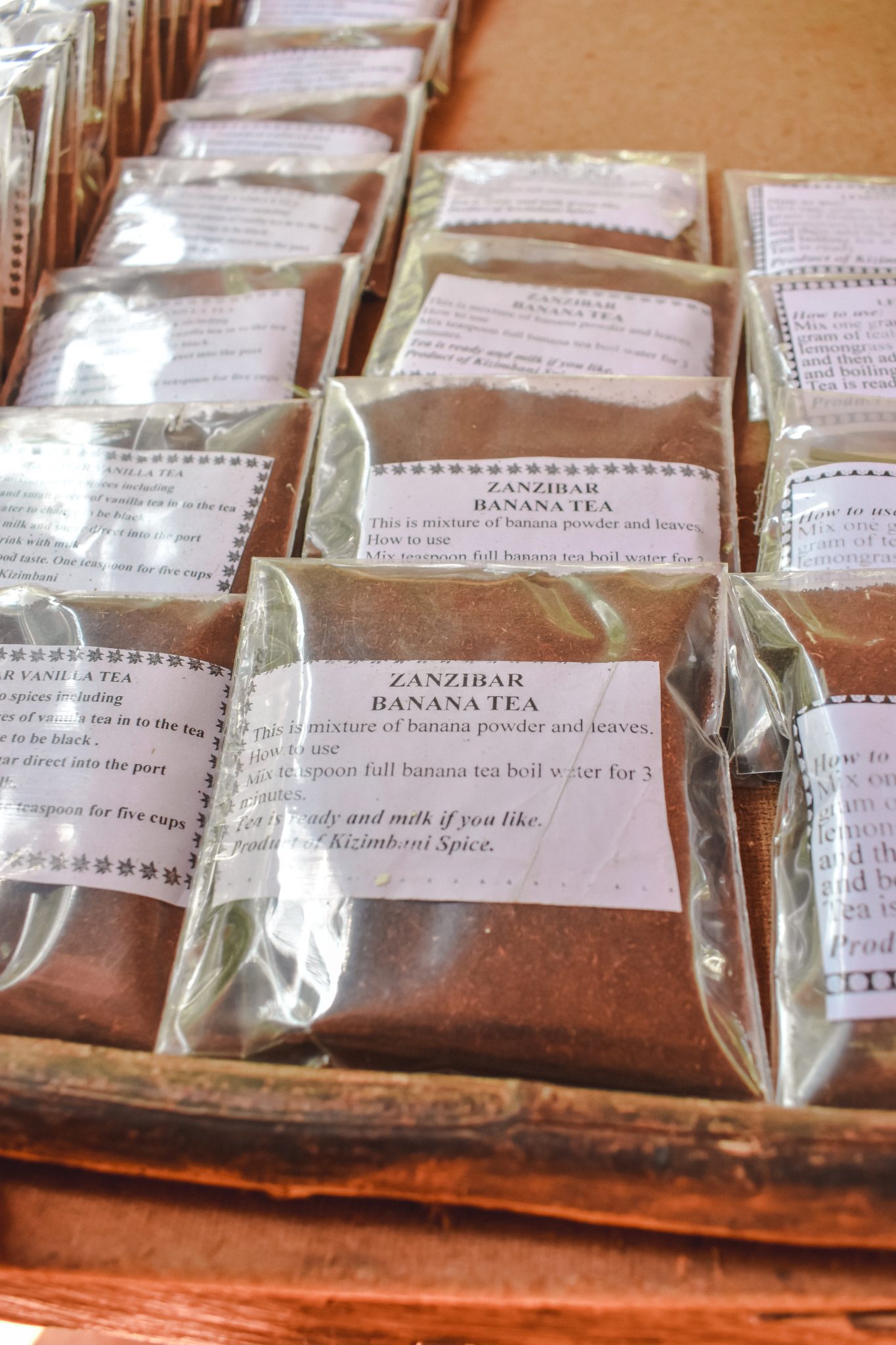 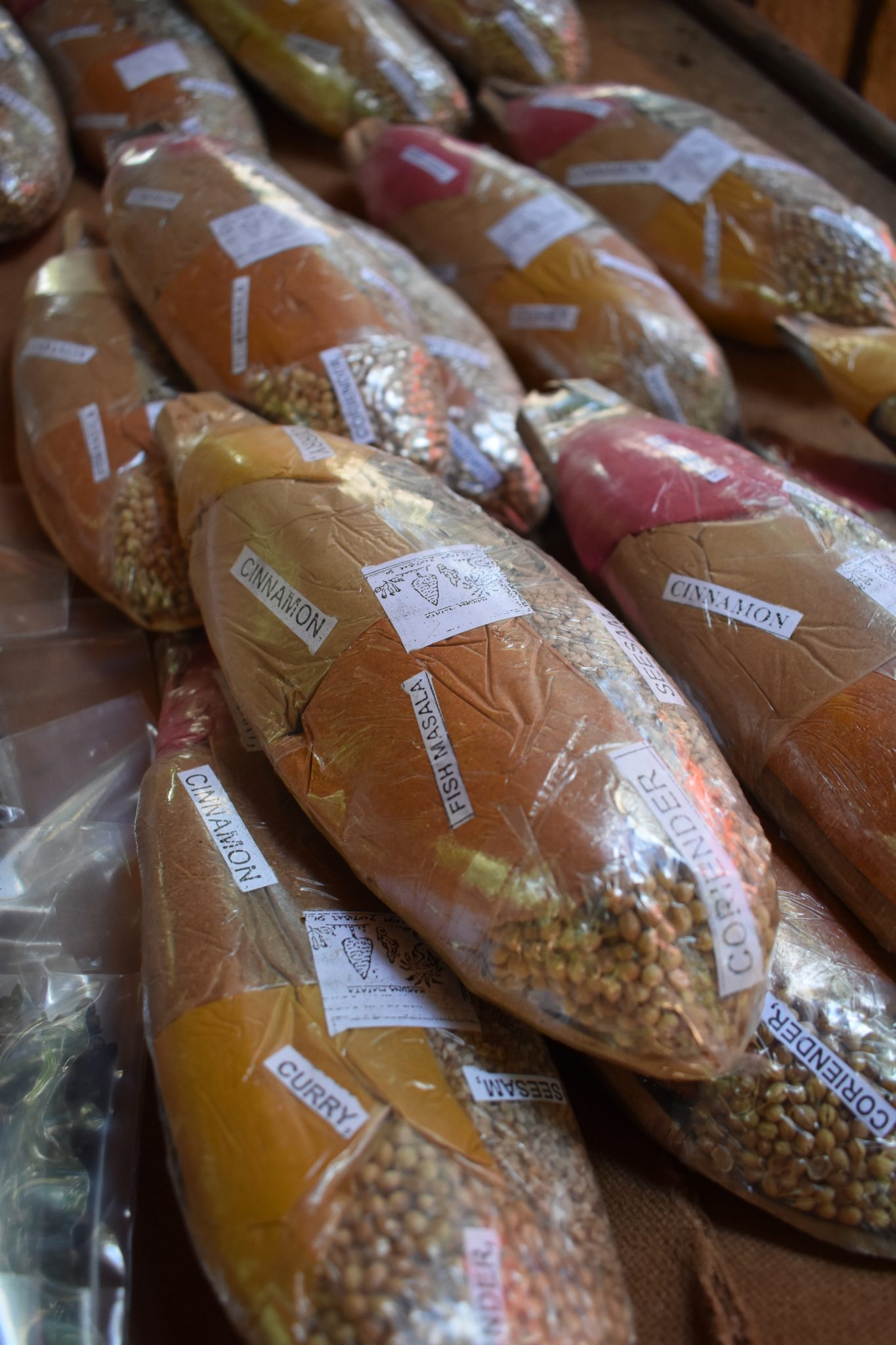 Overall, I thoroughly enjoyed the Spice Tour and would highly recommend it as an excursion if you do happen to visit Zanzibar.

I would go again and again and I am sure I would learn something new each time. 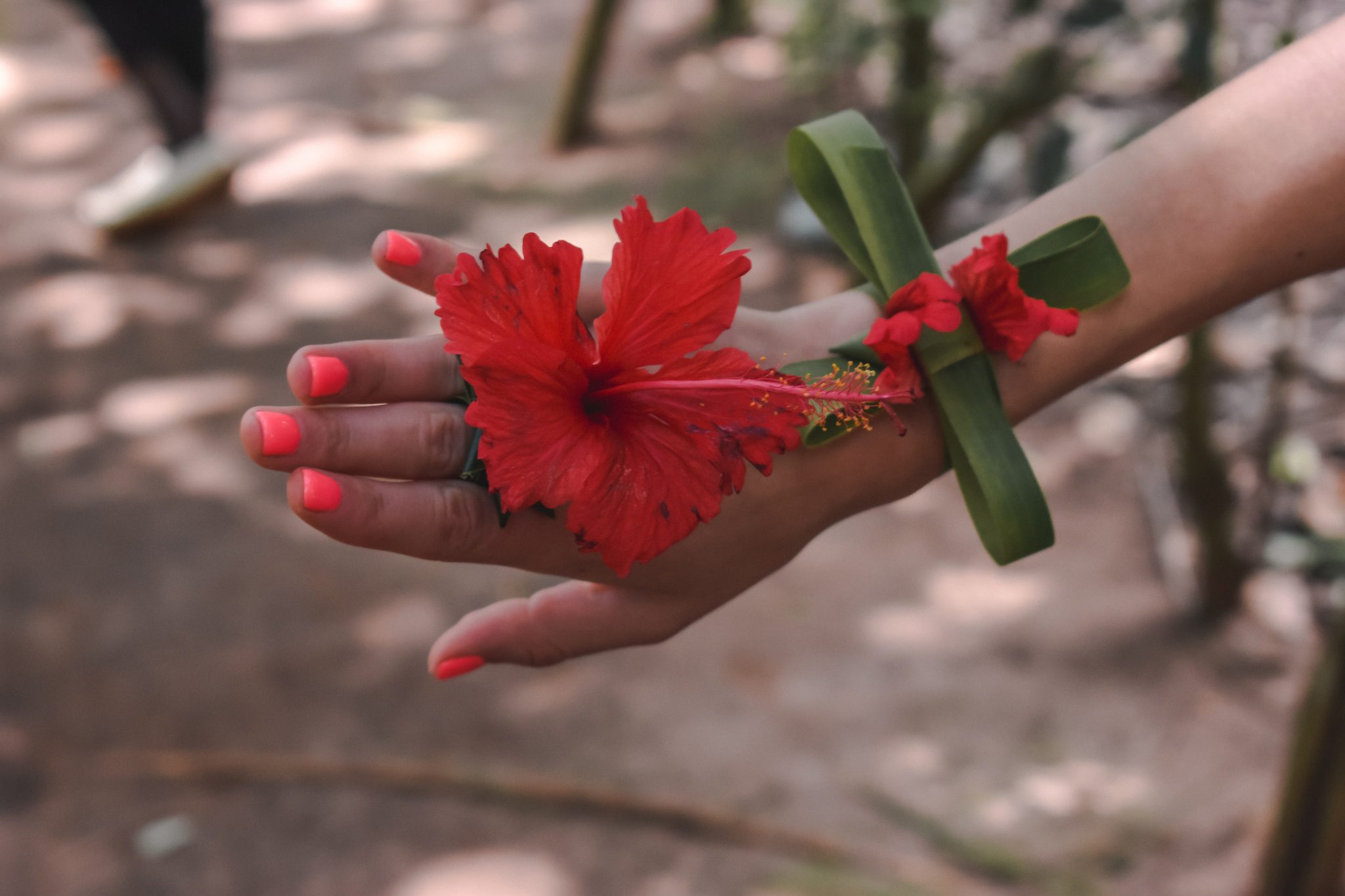 More Info:
Kizimbani Spice Farm, located in Zanzibar Urban/West Region in Unguja (Your driver will definitely know where to go)

Spice Farms that I heard from other travellers we met that are equally as good:

Mango Airlines flies from OR Tambo to Zanzibar on Tuesdays, Thursdays and Saturdays at 7am, arriving at 11h30.

Next up on the blog, some adventures at sea.

Until then,
Hakuna Matata! 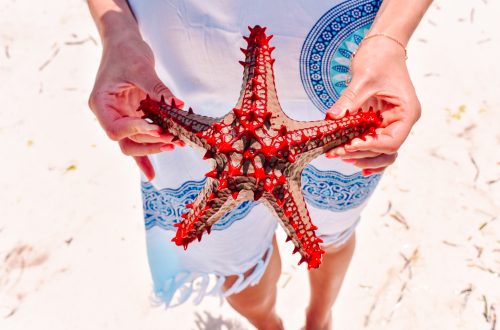 Zanzibar, Part 4: How To Go To Zanzibar & A Sneaky Proposal 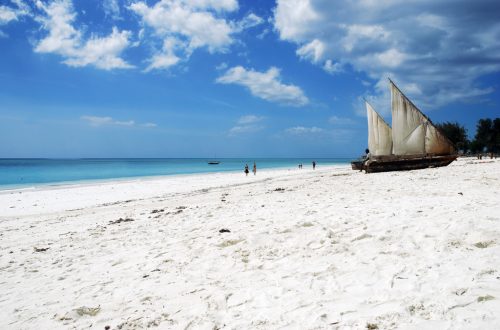 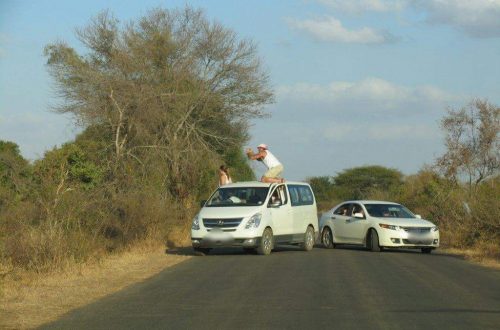 How not to be a Butt-head in the Kruger