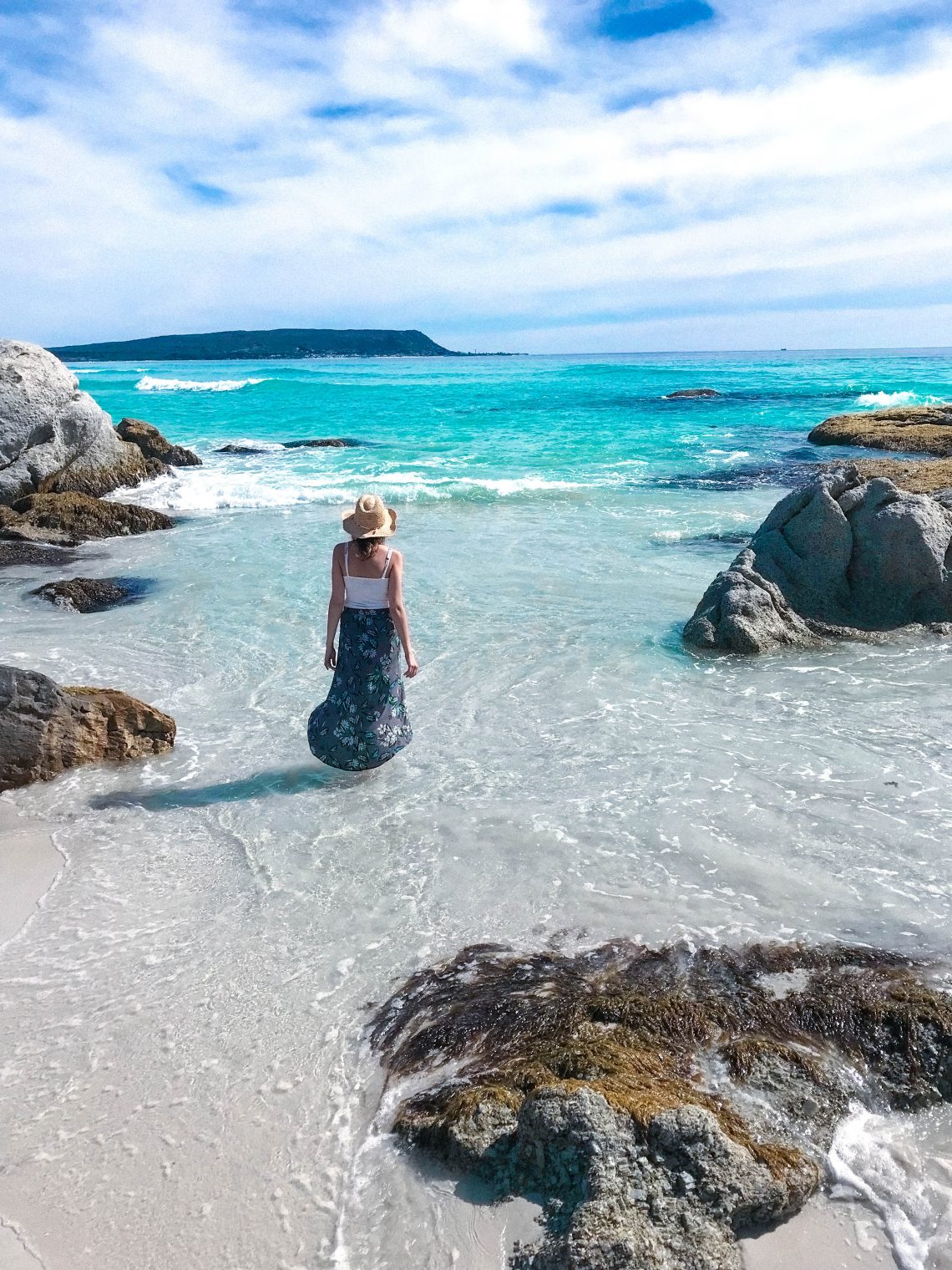 It is possible to see ALOT of Cape Town in 72 Hours.

I cannot believe the first time I actually went there EVER was only in 2016. How had I lived my entire life without knowing such a beautiful place?

Both times we’ve visited, we arrived early on a Friday morning and left on Monday morning. And, both times we crammed everything we possibly could into those 72 hours.

So, I thought I’d love to write about some of the things you can do over the course of 2 – 3 days in the beautiful mother city, which you can use as a guide, especially if it’s your first time going. I have also included estimated costs to help you budget for these excursions.

Do keep in mind that this guide is based on if you are staying somewhere ‘central’ in Cape Town.

Regent Road in Sea Point is a buzzing street, packed with some of Cape Town’s best restaurants. One of the most famous is Kleinsky’s, a very small restaurant/deli that serves up some delish brekkies, including Challah French Toast, Latke Benedict and Salmon Scrambled Eggs. This cute spot is very popular and was opened up by two brothers who wanted to bring a taste of NYC to Cape Town. 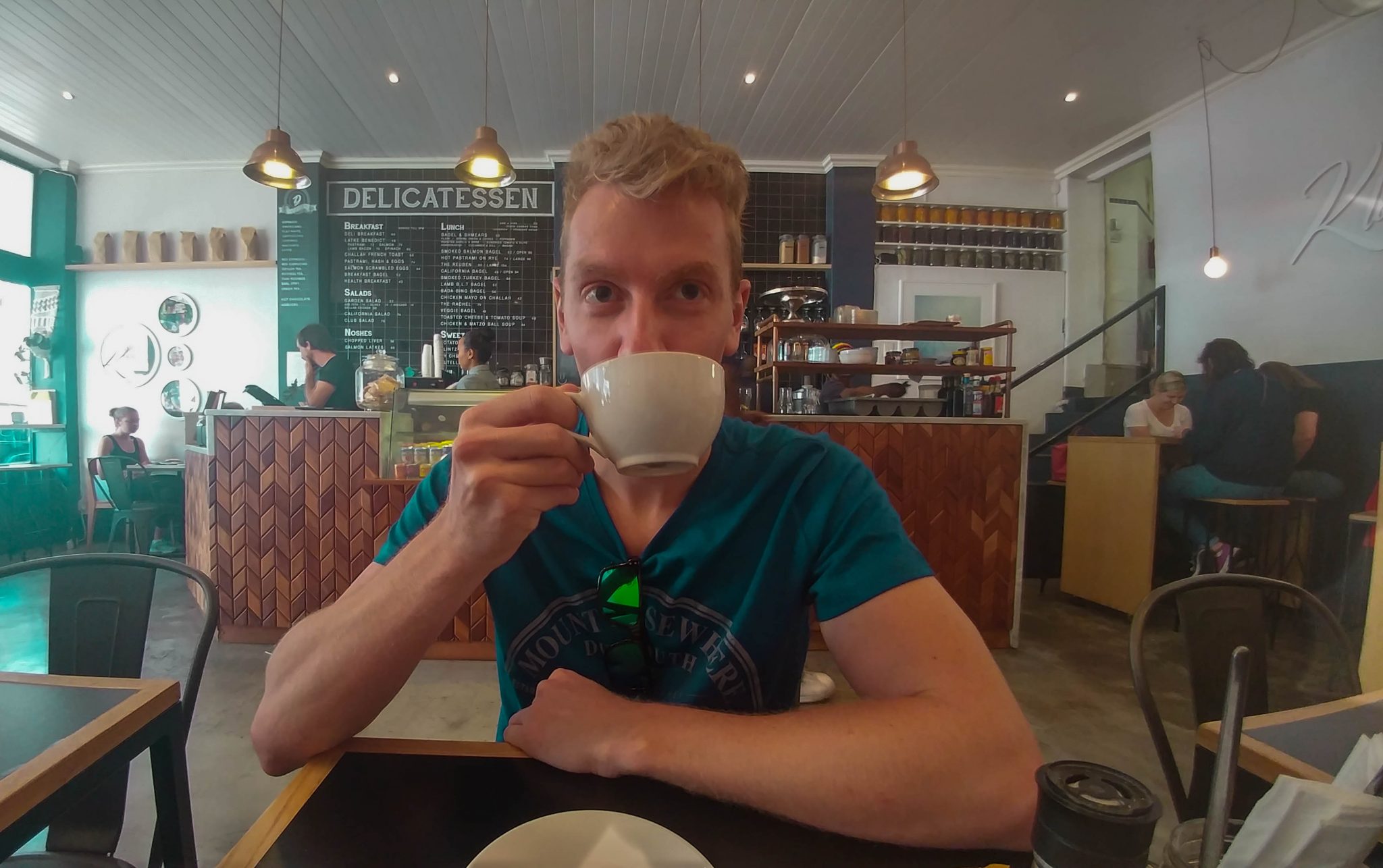 Another great option for the health conscious is Scheckter’s Raw, a 100% vegan spot that serves up great variety of vegan, gluten and sugar free food. Try the Pumpkin Pie Flapjacks or the Organic Matcha Pancakes – they are unbelievably fulling!

They also have some really yummy smoothies, but a piece of advice – their food is very ‘nutrient dense’ and fulling, so maybe don’t have the pancakes and smoothie in one go, we could barely move afterwards 🙂 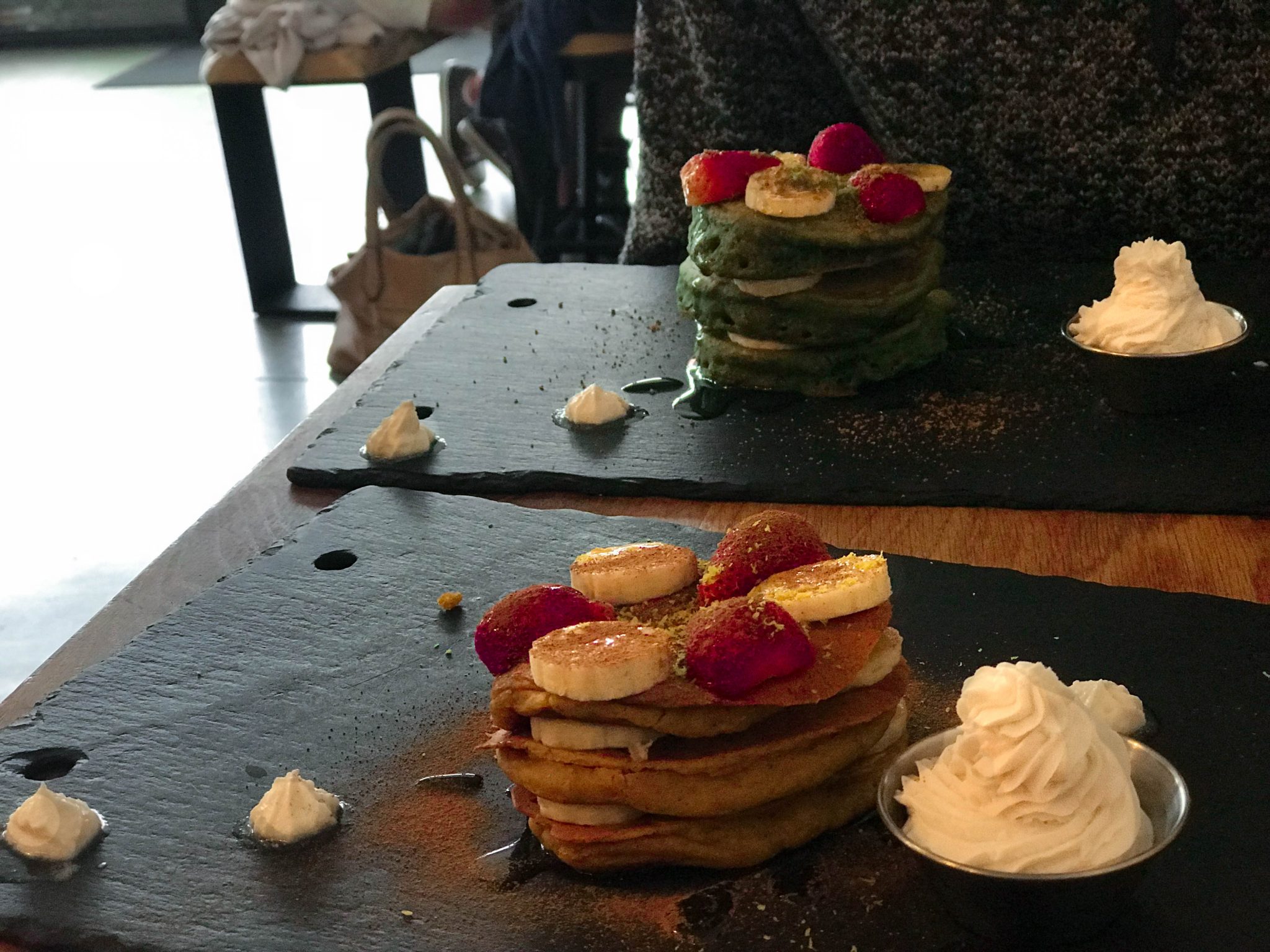 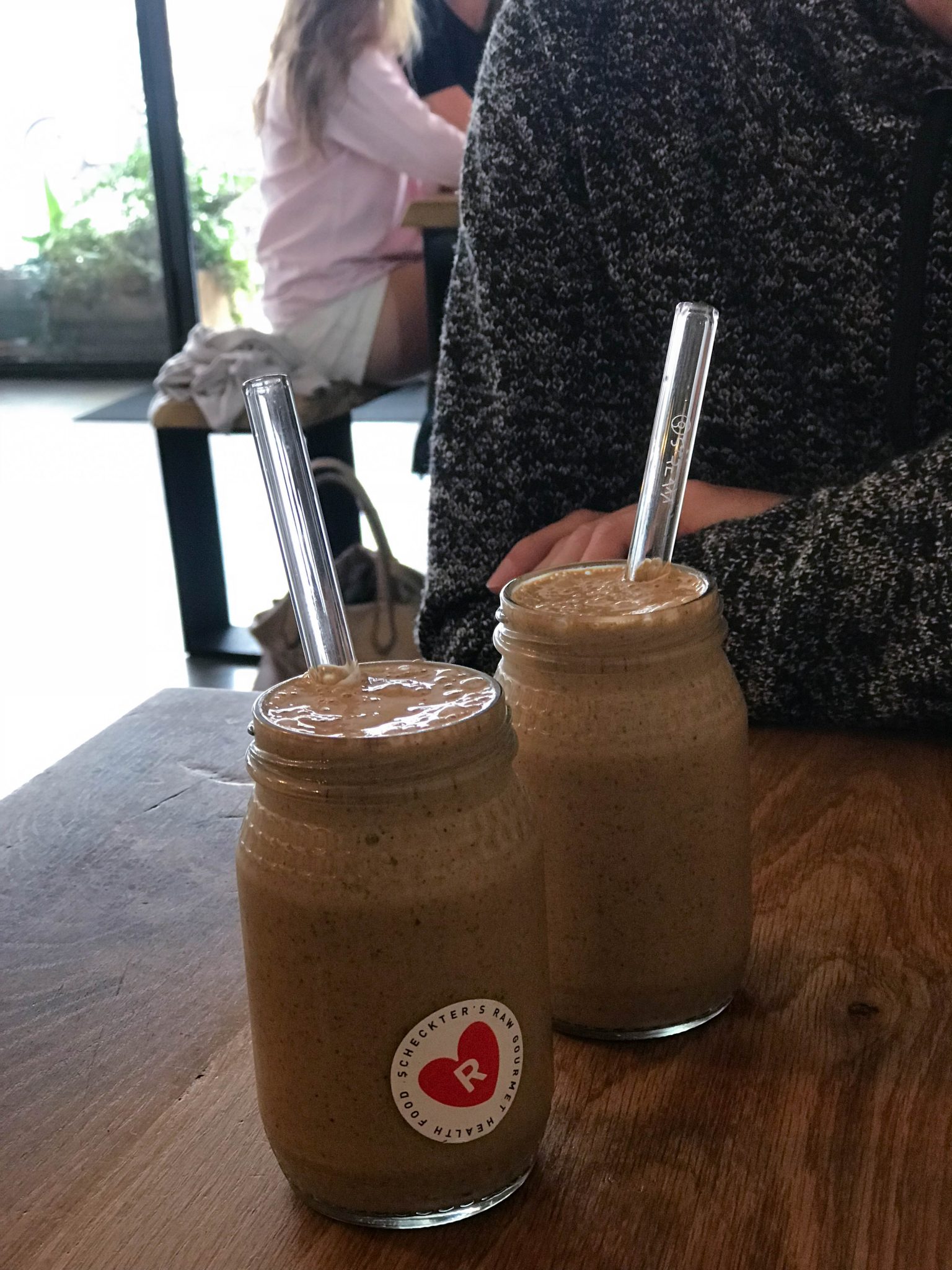 Beautiful azure blue water is not out of reach and you don’t have be a resident of Camps Bay to visit their beautiful beach.

Camps Bay’s Beach has fine white sand, crystal clear (albeit freezing) water, a natural rock swimming pool and views of the Twelve Apostles mountains. Its no surprise that this beach is often voted as on of the top 30 beaches in the world.

This palm-lined beach is fabulous, but only on wind free days! Hire some deck chairs and an umbrella, soak up the sun, and watch the beautiful people walk by. 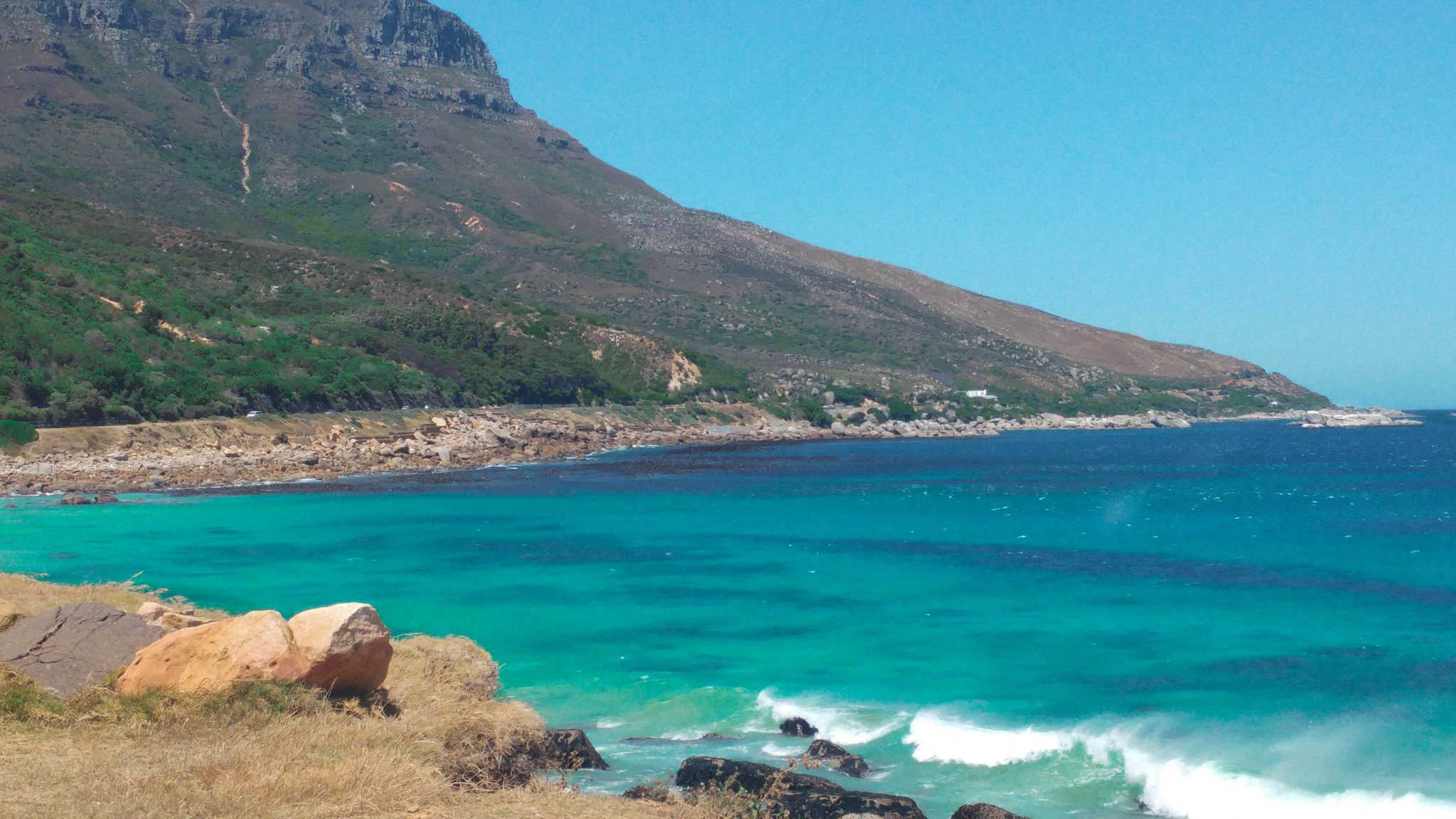 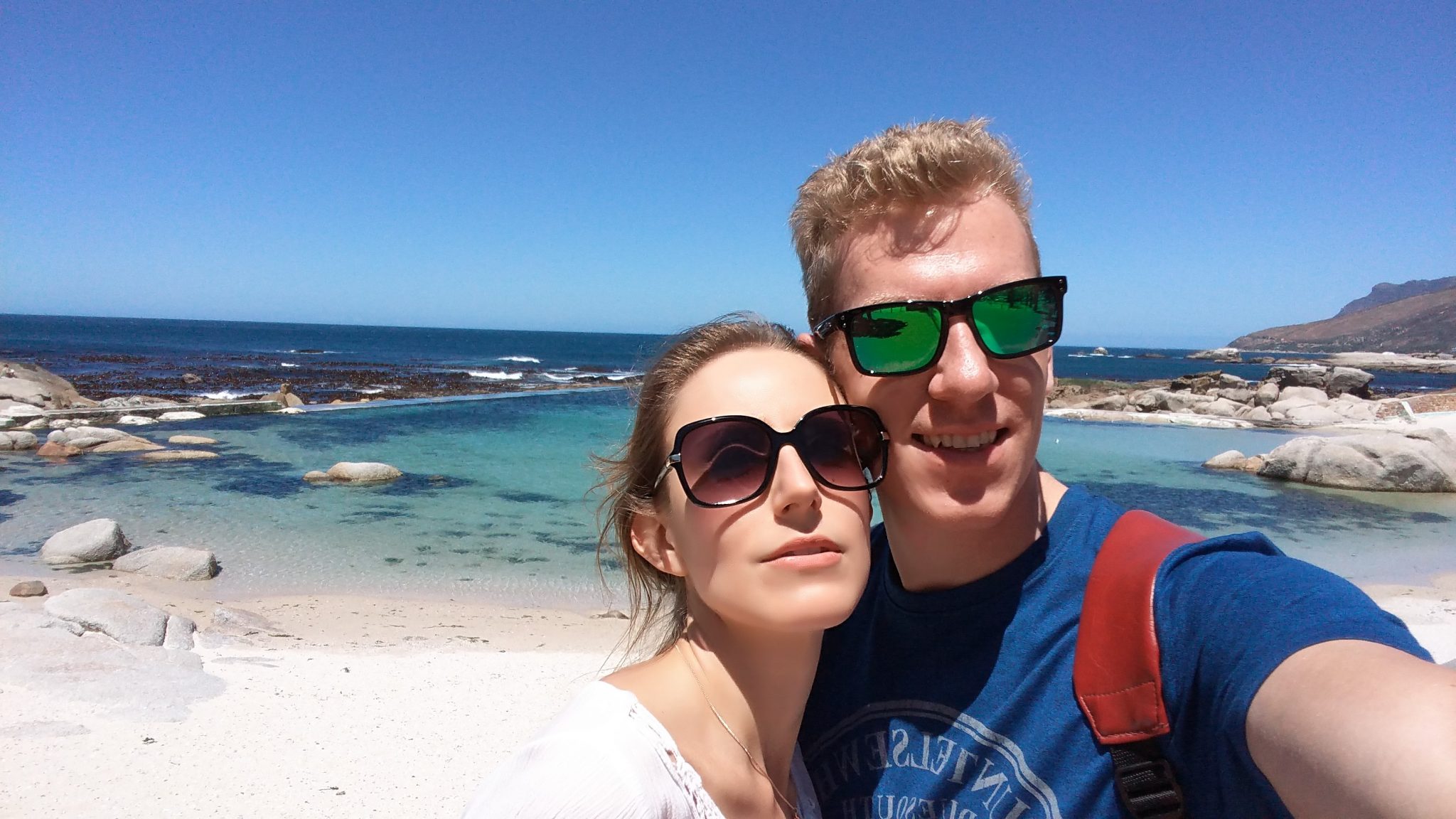 Lunch and a visit to the Aquarium at The V&A
Cost for Lunch and Drinks: R400 for Two
Cost for Aquarium: R175 per person

When you are done with the beautiful Camps Bay Beach, head to the V&A Waterfront for lunch.

Don’t let all the tourists make you think it’s a trap – there are so many affordable restaurants to choose from for lunch, some of which include: Den Anker, Cape Town Fish Market, Tasha’s and Primi. 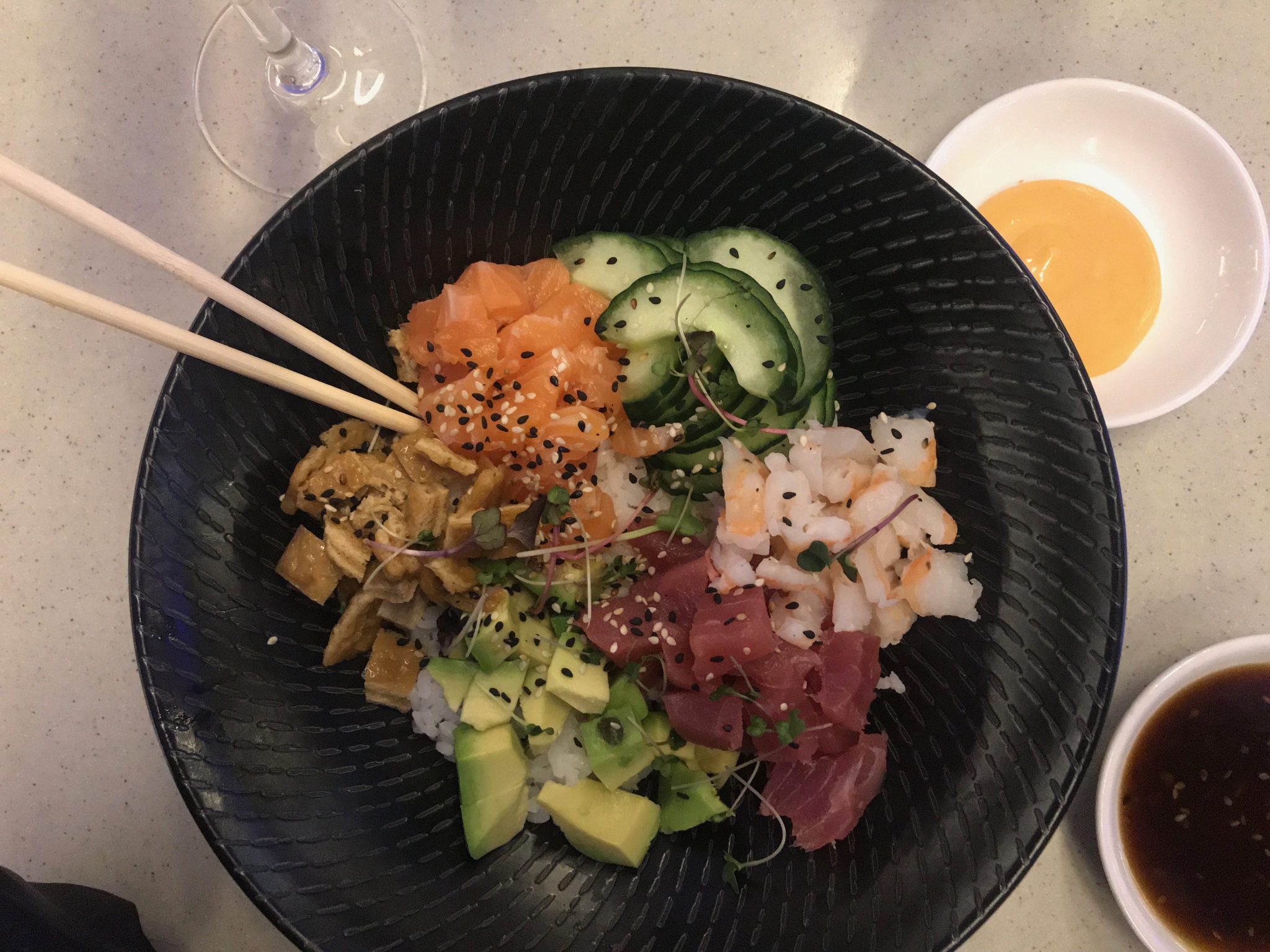 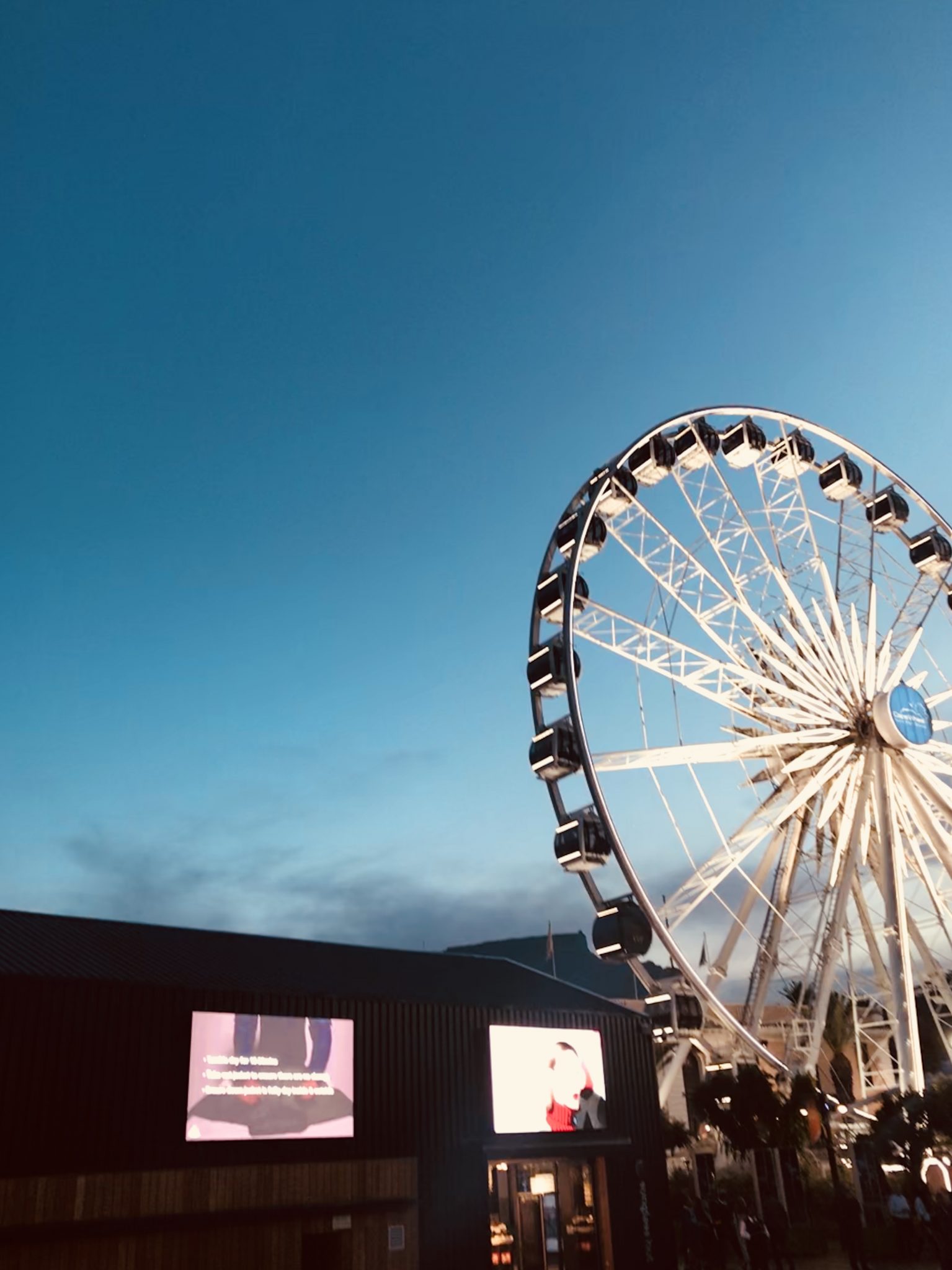 Next, head to the Two Oceans Aquarium, where you can see over 3000 living sea animals, including sharks, fish, turtles and penguins in this underwater nature reserve. If you go between 12h00 and 14h00, you can watch fish being fed at the I&J exhibit. 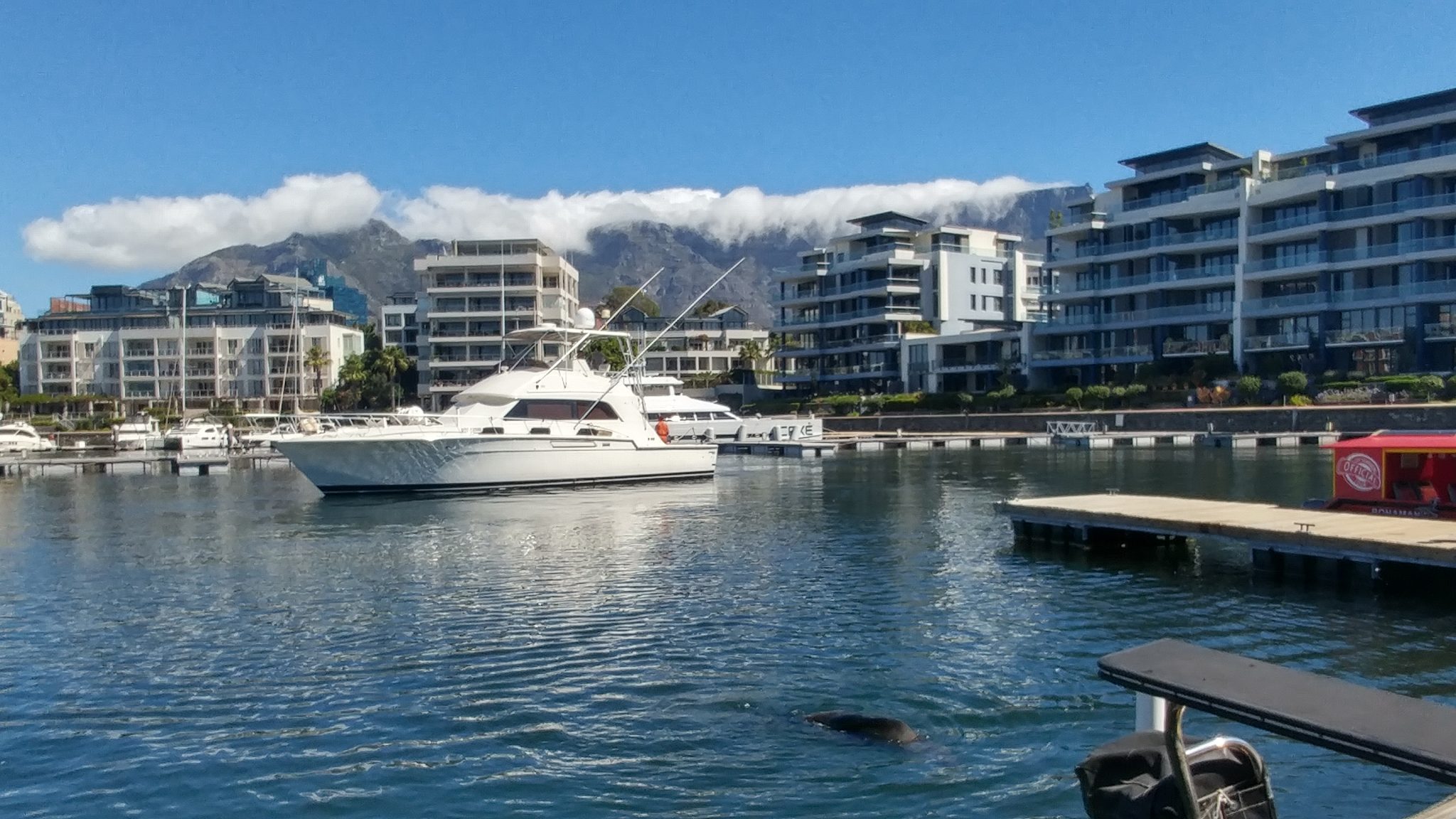 No visit to Cape Town is complete without a trip up to Table Mountain. If there is one touristy thing to do – it’s this. The Cable Car will take you up to table mountain (weather dependent) and you will have views of almost the entire city. Tip – check the Table Mountain Cable Way Twitter page before you go to see if the weather is going to be good.

My recommendation – purchase your ticket for the cable car online, print it out and head to the mountain at around 7 am or earlier. The lines are always crazy, and the sooner you are in line waiting for the cable-way to open, the better. Bring some coffee and rusks while you wait.

There is a restaurant at the top of the mountain for a real breakfast (not at all expensive, it’s a buffet styled cafeteria) and some souvenir shops.

Dress warmly – its pretty cold up there – I learned the hard way and ended up having to buy an overpriced “I love Table Mountain” hoodie. 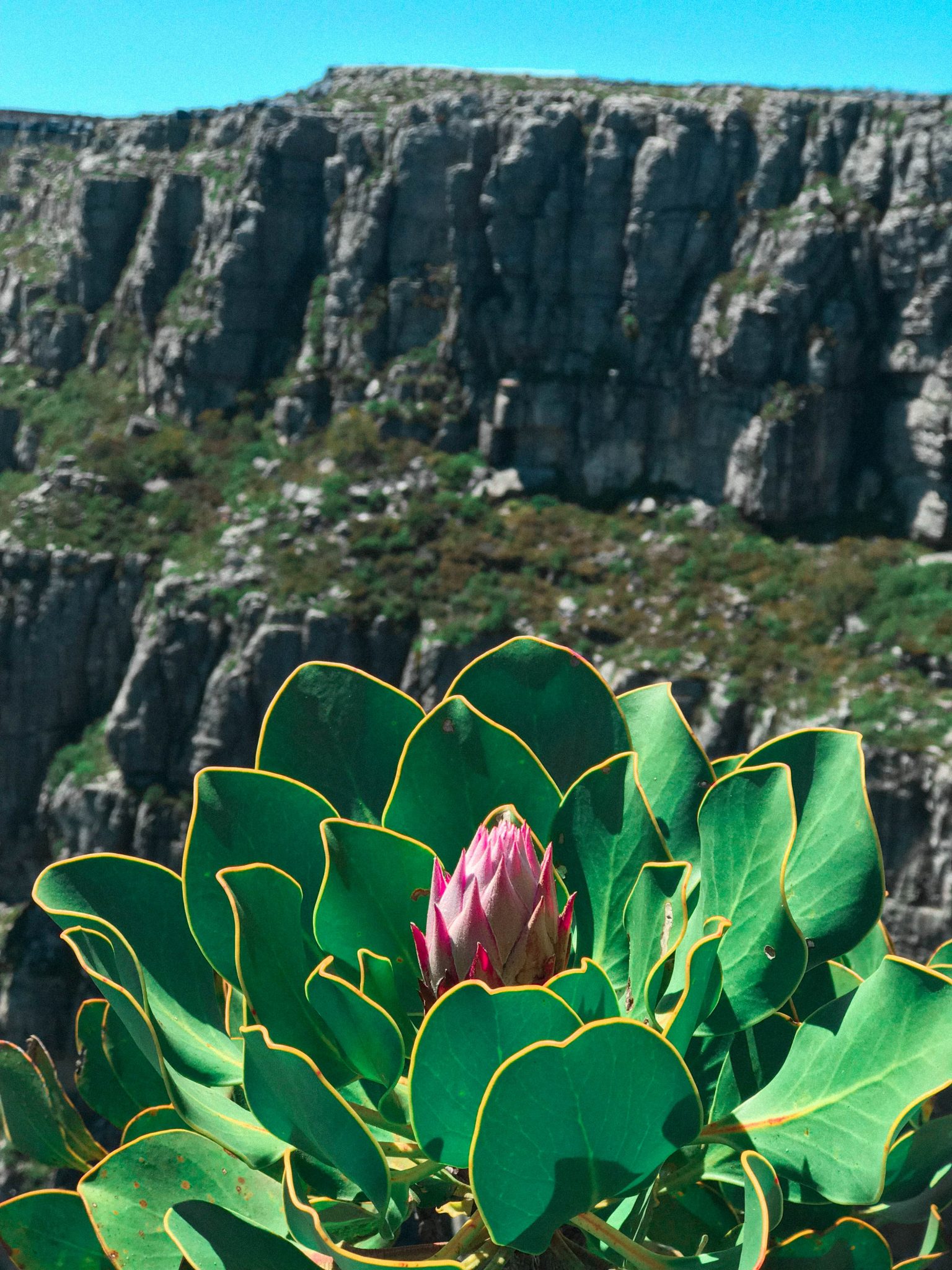 Do the Chapman’s Peak Drive
Cost: R45 per car

Named one of the most scenic drives in the world, a drive through Chapmans Peak will take your breathe away. The Chapman’s Peak toll road winds its way between Noordhoek and Hout Bay and with every turn around the cliff’s edge comes another picture-perfect moment. Honestly you cant take a bad picture. 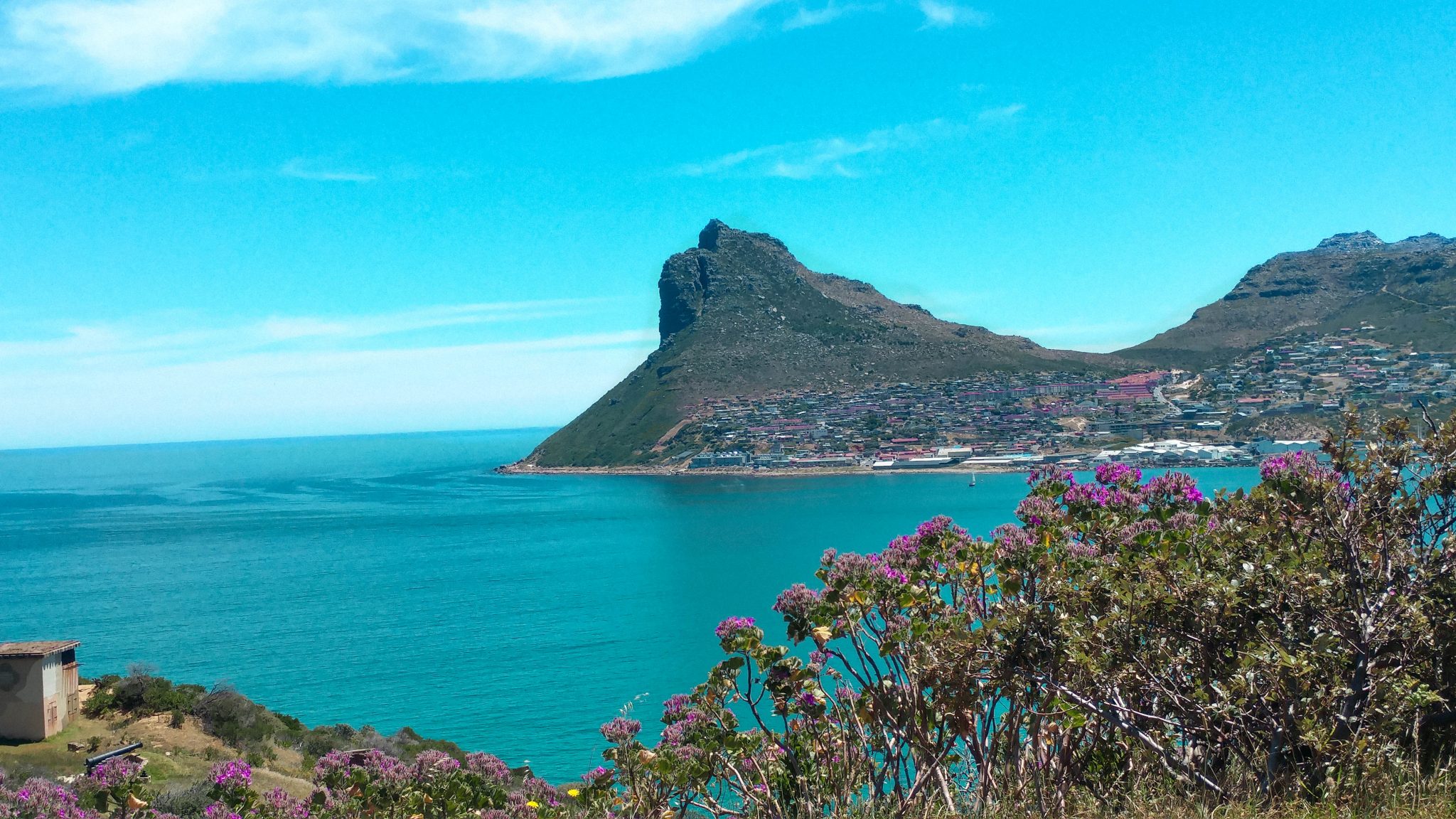 Walk on Noordhoek Beach
Cost: Free
If you came from the Hout Bay entrance to Chapman’s Peak, then you will end up in Noordhoek at the end of the drive. 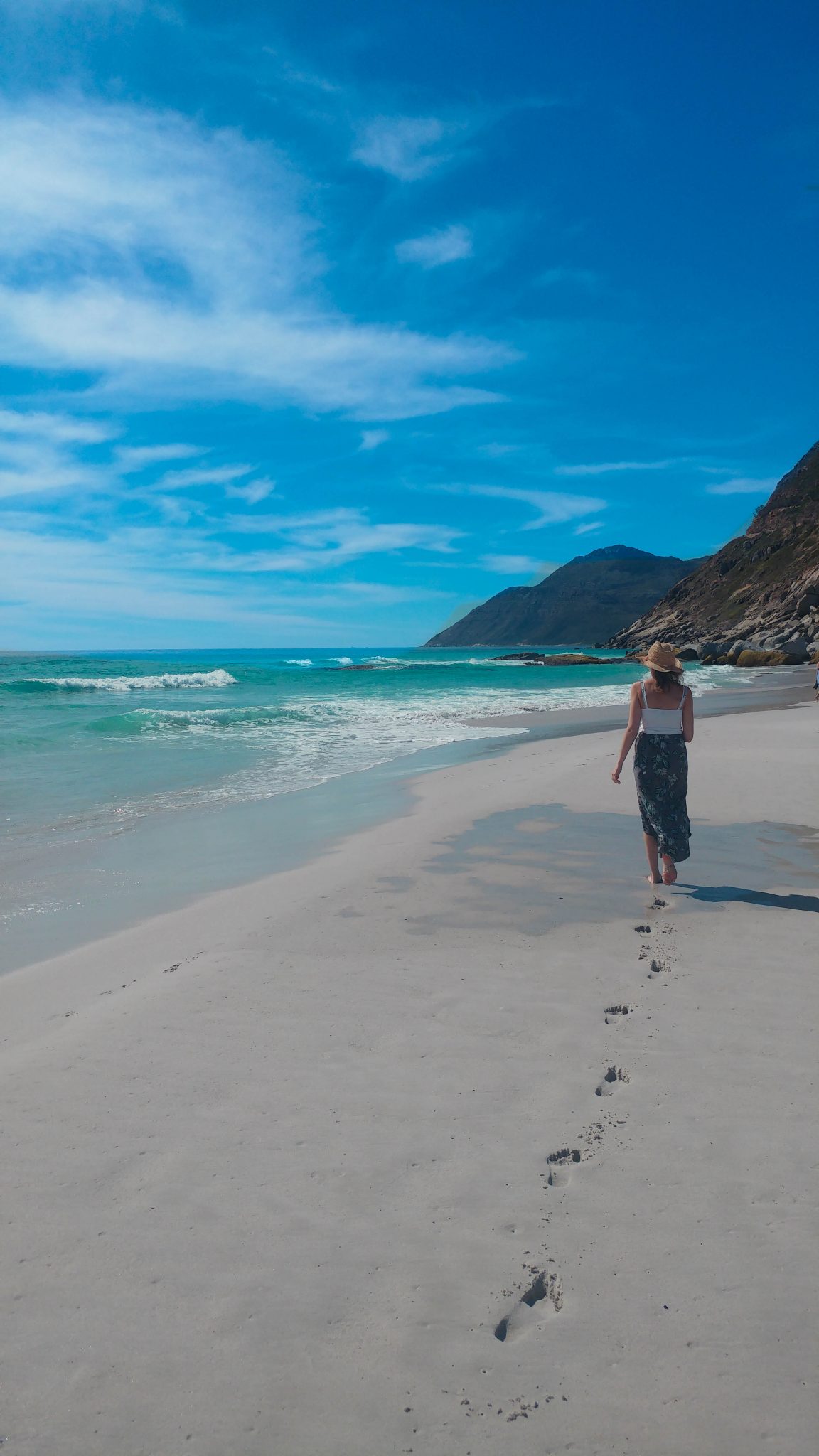 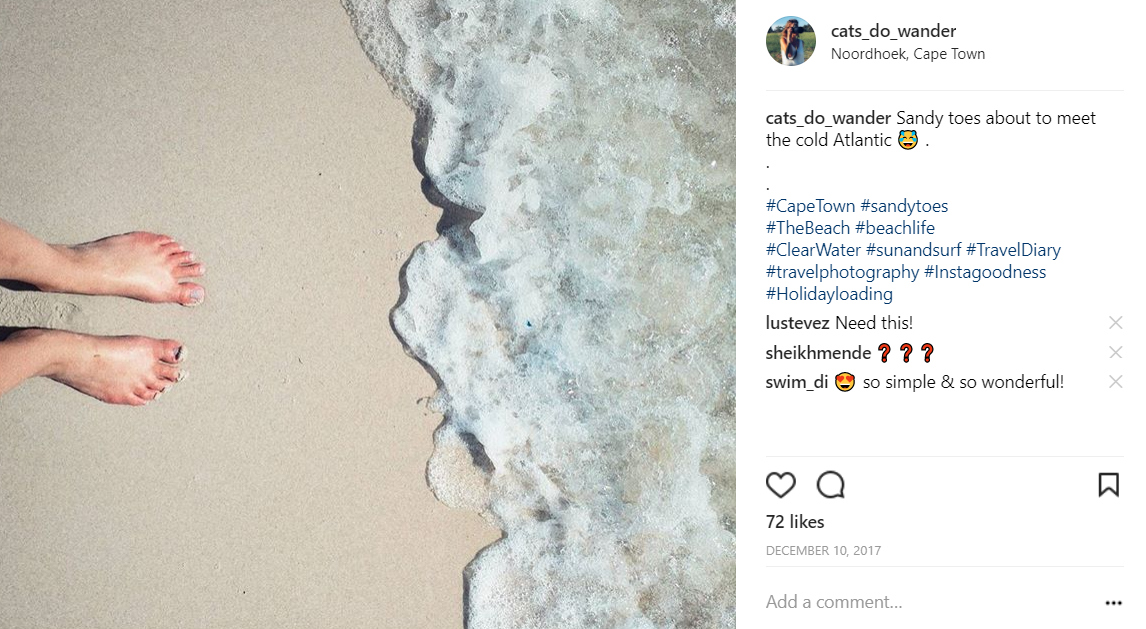 Cape Point marks the south western tip of the African continent, with some of the most breathtaking ocean and coastal scenery in the world. From the parking lot, there is an moderate 2 km hike to the Cape Point Lighthouse , which has spectacular 360 degree views, which make you feel like you are standing on the edge of the world. 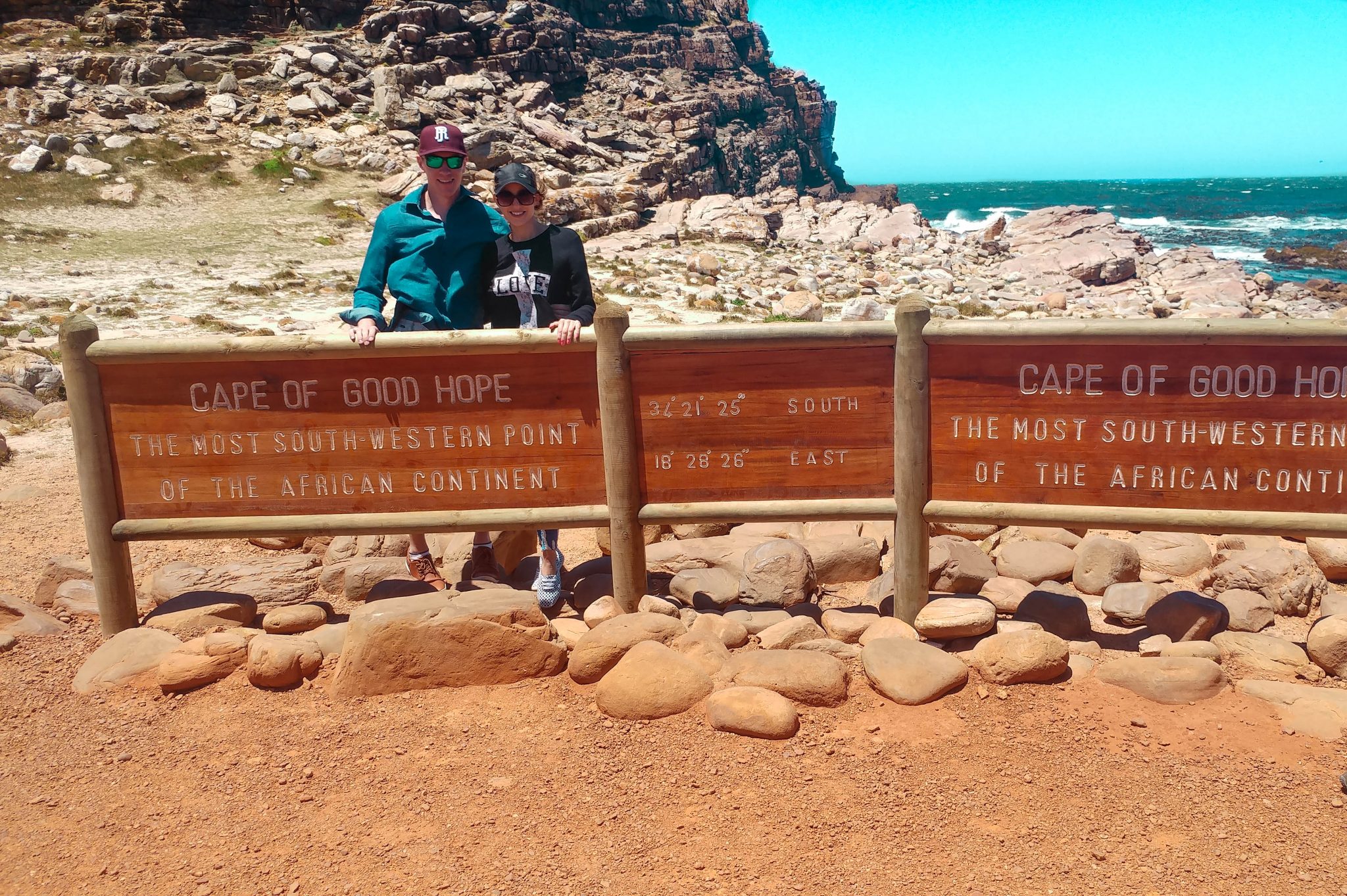 Get to Lions Head early for a hike, I would suggest 6 am (parking is crazy). It is a spectacular walk to the top and although it can be quite steep at times, the stunning views of Cape Town on the way up will keep you motivated to reach the top. The walk to the summit should take approximately an hour and thirty minutes.

Be careful, especially if Lions Head is busy (which it seems to be everyday) both times we went two people were airlifted to hospital because of nasty falls. Try different routes up to avoid the crowds! 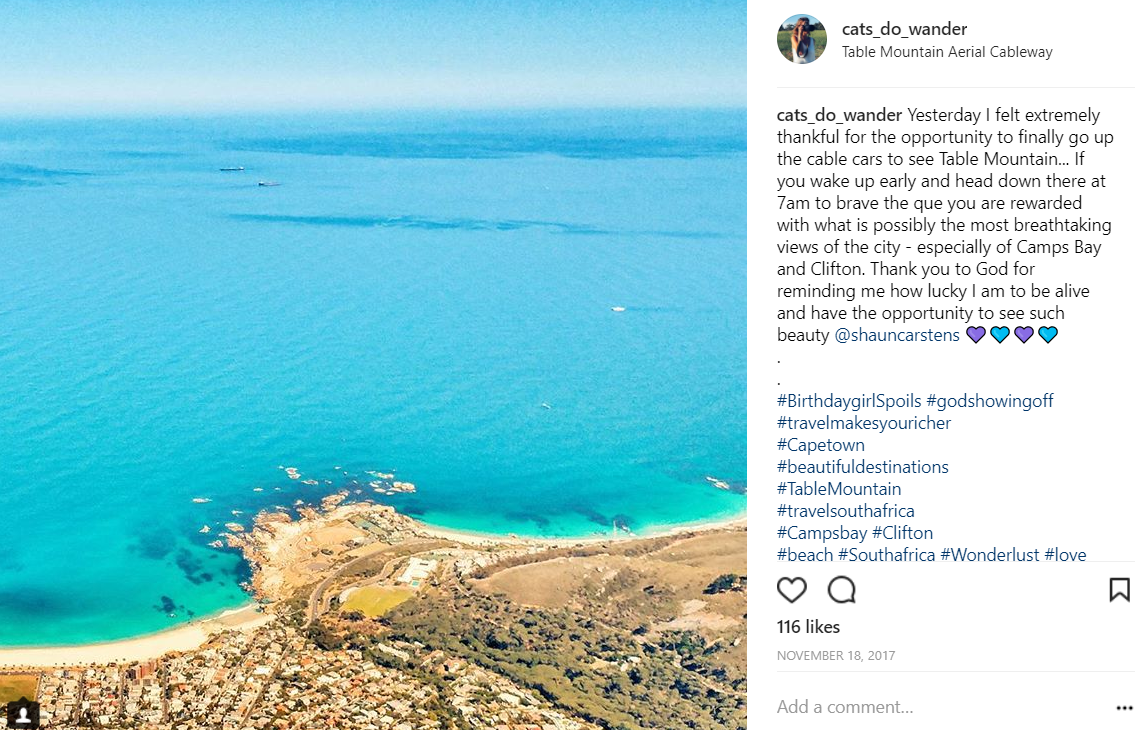 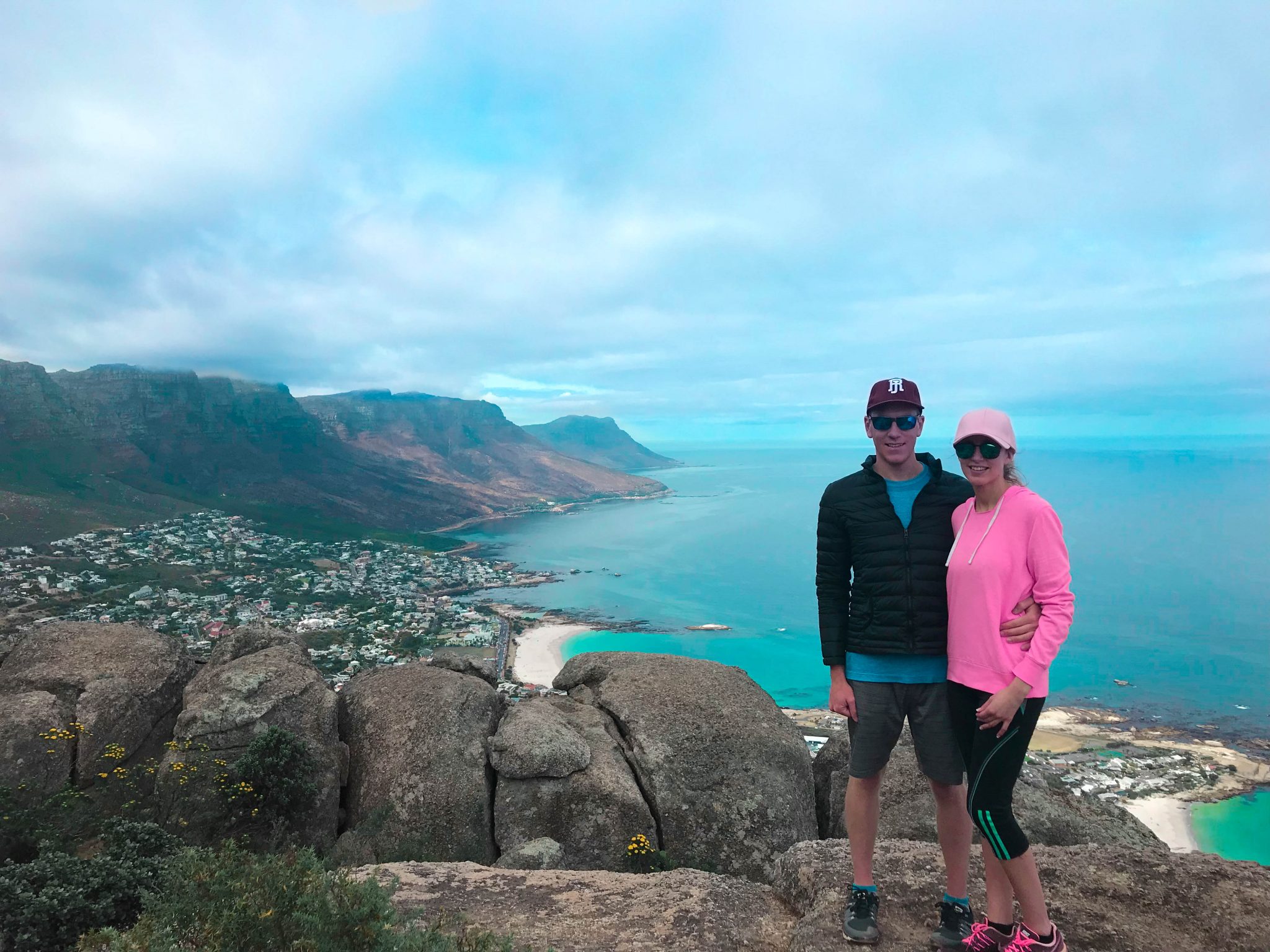 Once you have hiked Lions Head, you are probably going to be starving. Why not head to Bokaap for some breakfast and a walk through the streets?

If you are looking for a breakfast place that’s right in the heart of the Bokaap district – Harvest Cafe is your best bet and you can eat your brekkie with this view. 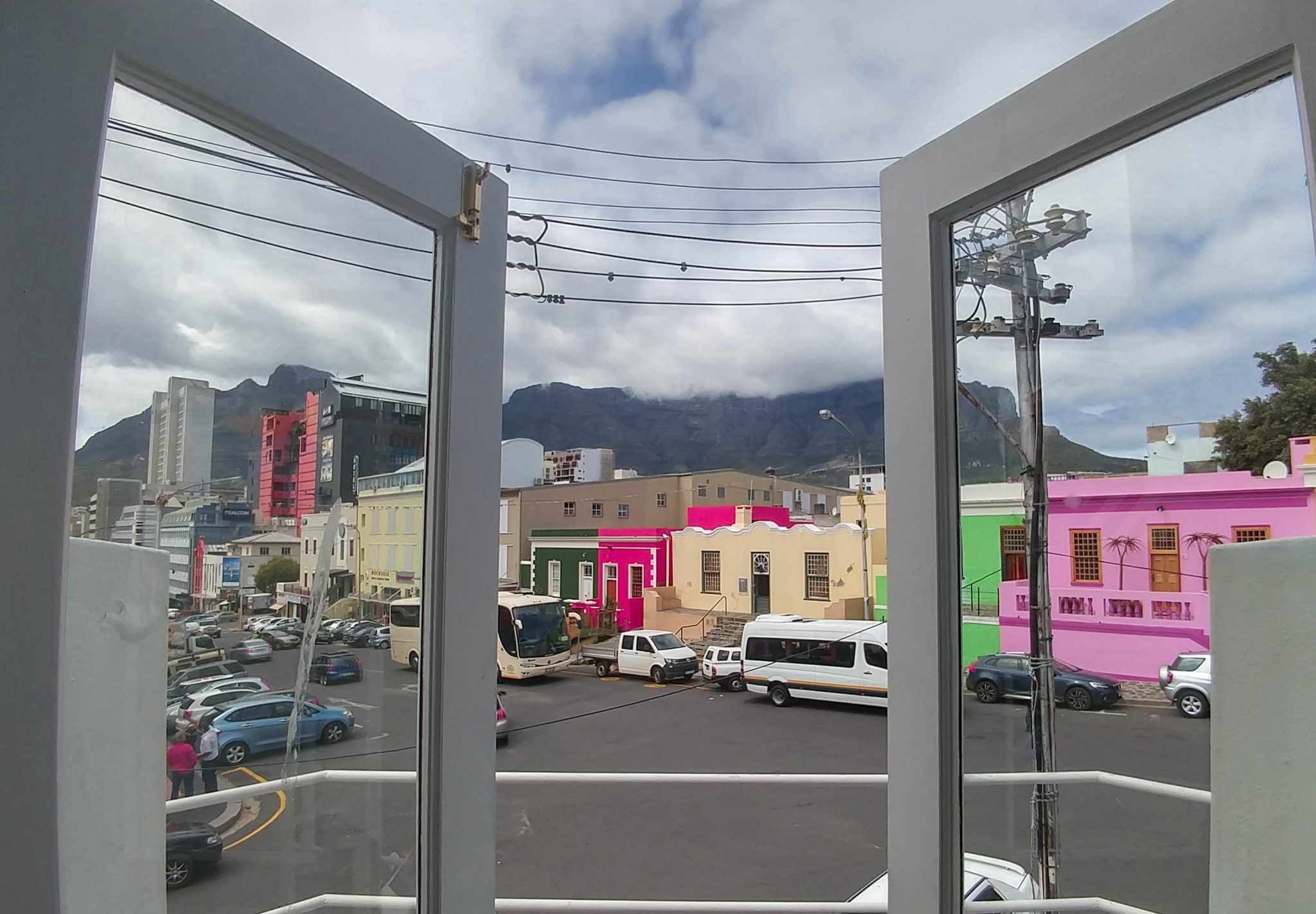 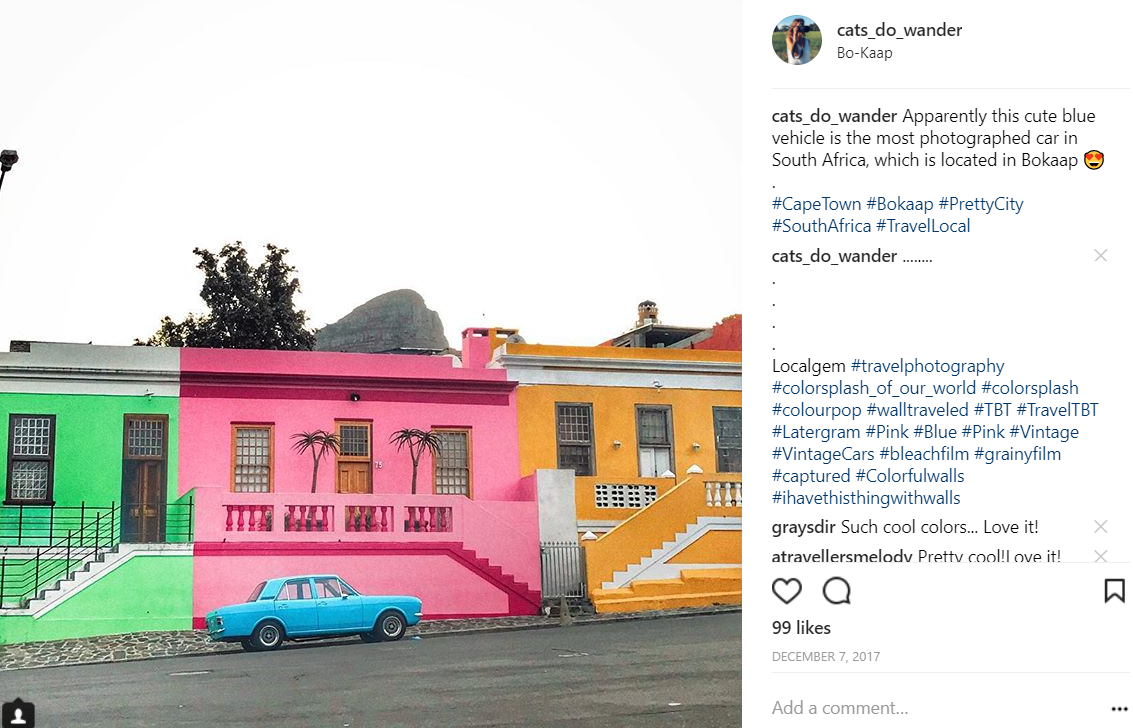 Stellenbosch, because Wine Not?
Cost: Depends where you go and how much you drink and if you want to buy wine, but I’d estimate R400 per person to be safe

If you don’t visit the Stellenbosch Wine Farms, did you even go to Cape Town?

Stellenbosch is a university town, surrounded by the vineyards of the Cape Winelands and you can find a list of some of the best here.

You can also book Red Bus Tours to the Vineyards here

There really is so much to do in Cape Town – but if you are there for 72 hours, you can actually see quite a lot – as long as you plan ahead.

I can’t wait to go back again later this year! 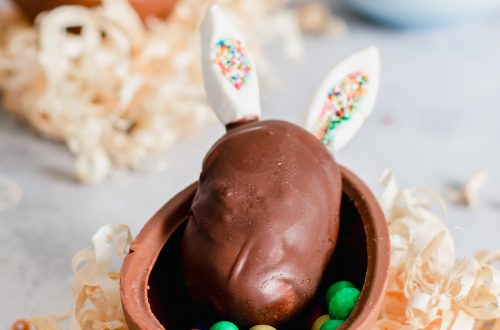 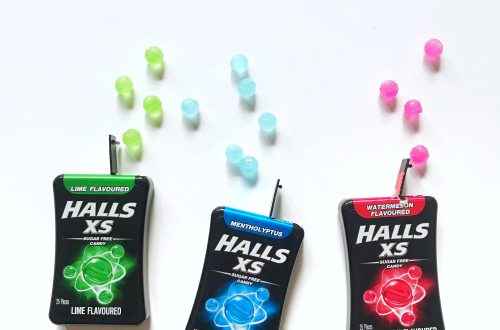 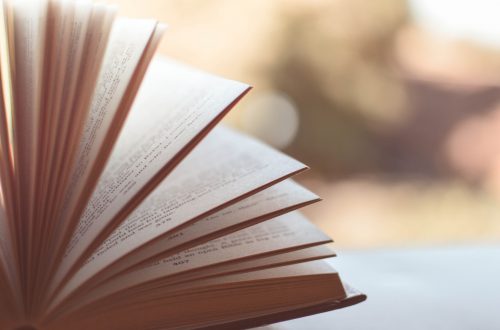